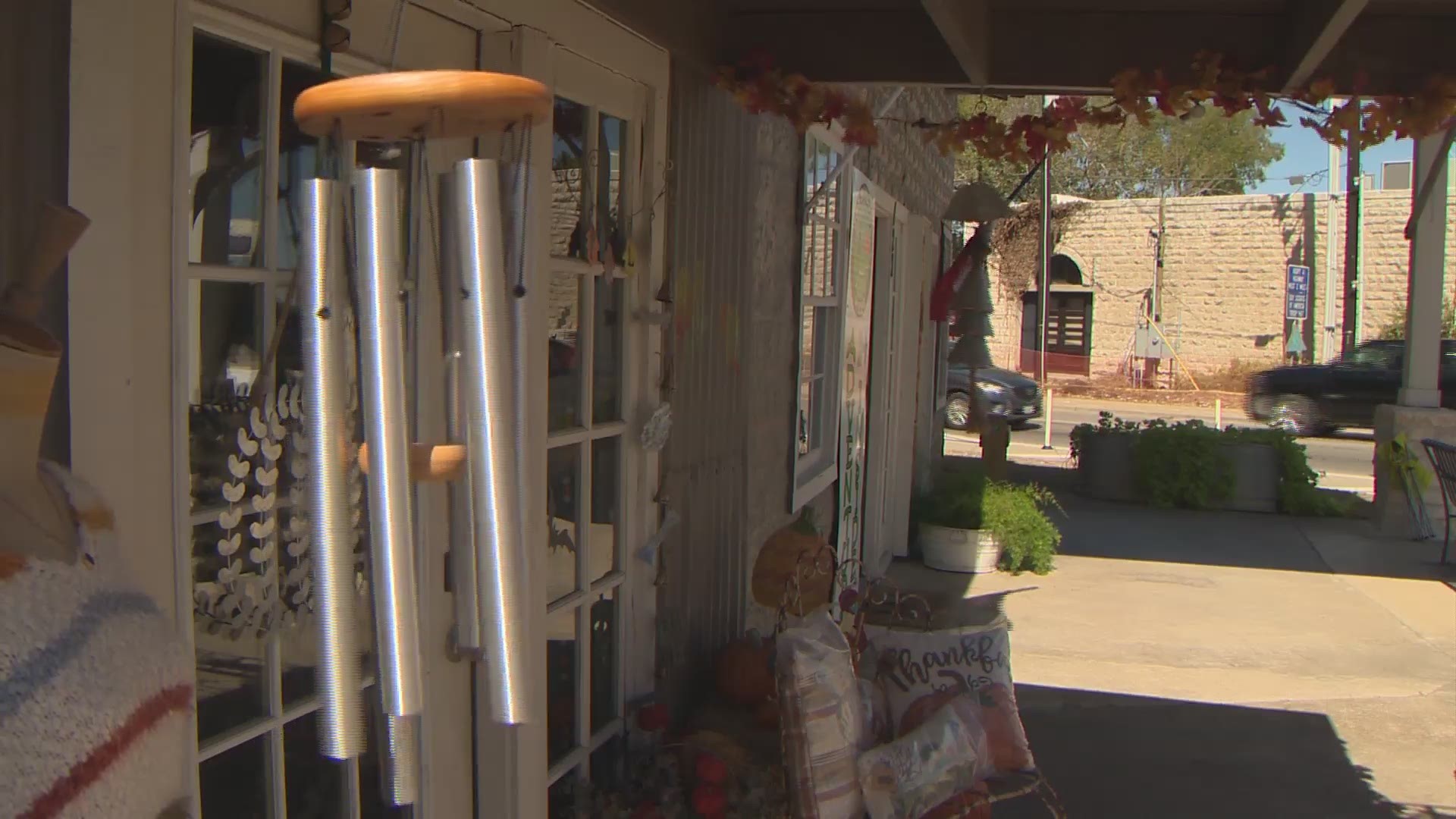 BUDA, Texas — The sounds of traffic mixed with wind chimes make an unique melody at the corner of Main Street and FM 967 in Buda.

It's also the corner where the Little Bluebird boutique sits. The location is perfect for Margaret Goebler's shop.

"We see them when they go to work and they see us when they come home," she said.

That spot has helped Goebler's business grow since 2013.

"I don't know how many thousands of cars go by a day, but it increases every quarter it seems," she said of her store that sells items from clothes to jewelry to candles.

So it may be ironic that growth, which increased her business, may soon cut into it as well.

"It's inevitable with growth. Do I like it? No. It's the holiday season and that is the biggest time of the year for us and it will definitely affect us," Goebler said.

The road and sidewalk improvements will make it easier to access downtown stores. They're set to finish next year.

Kenneth Crawford is the bond project manager for the City of Buda. He said the Main Street Improvement Project is just one of several around town.

"Everybody navigates that road specifically every day – Main Street, Buda. It has a Main Street community," he said of the high-profile road.

In 2014, Buda residents passed a five-bond package that totaled $55 million. That paid for the new city hall completed last year and the new police department finished in 2017.

RELATED: Current and past bonds approved and defeated in Central Texas

"There's a lot going on and it's all to meet the needs of the citizens," Crawford said.

The new City Park is still under construction and part of the reason the annual Budafest was canceled this year.

"It's a necessity that's sometimes an inconvenience," Crawford said.

It's a tradition that will just have to wait until next year. Until then, Goebler said she will do the best she can because the little bit of sacrifice now will be worth it in the end.

"We want to keep the downtown look – you know, the homey, small-town look – but we also want it to look nice," she said.

Main Street will be closed starting the night of Oct. 23 at 9 p.m. for about nine hours. Crews are planning to install new culverts to prevent further street flooding.

For more information about the construction projects, visit the City of Buda's website.