Opening the ice rinks at The Crossover in Cedar Park got pushed back by two months because of the coronavirus. 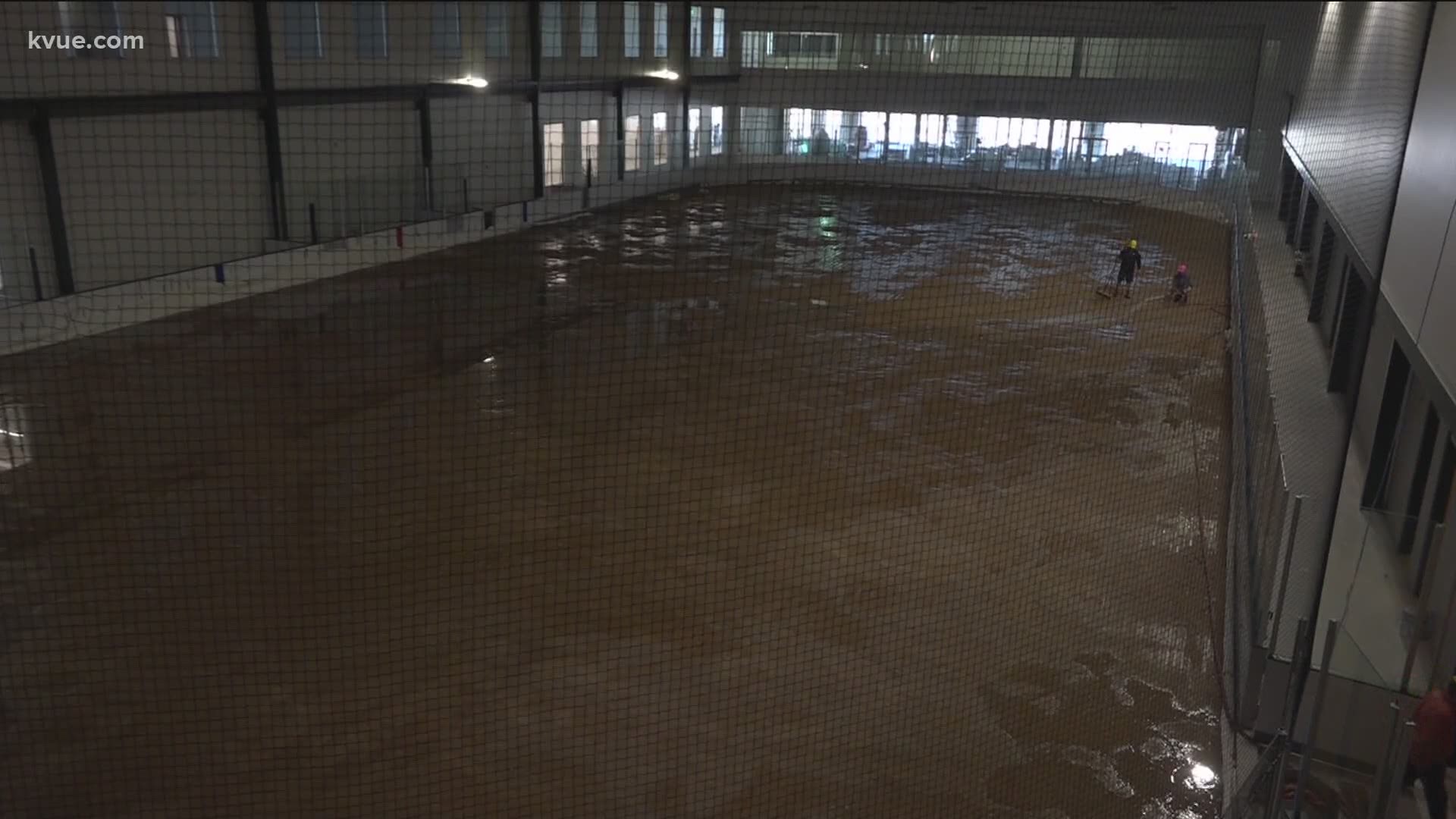 CEDAR PARK, Texas — In February, the lead developer of The Crossover planned to open the two main ice rinks in June. Thanks to COVID-19 slowing construction, the developer and owner of Chaparral Ice hope to open the rinks in August.

Ryan Raya, owner of Chaparral Ice, said because of the coronavirus, construction pace slowed. Rooms that could hold six people started holding only two. If they could hold hundreds, that dropped to dozens. Those restrictions will be in place when rinks open as well.

"Seven-thousand people could be in this facility in a normal circumstance without COVID," Raya said. "At any one point, we're only going to have a few hundred people in here total."

Raya said guests will also have to go through health screenings upon arrival.

Both rinks are climate controlled. Raya said the sand-based rink can be controlled finer than the concrete-based one. Each rink has its own cooling system with miles of piping that looks like, what Raya compared to, the back of a refrigerator.

Ever seen a cooling system for an ice rink? @crossovertexas has two of them - one for each rink at the facility. This weekend, workers are flooding the rinks to slowly freeze them to paint the ice. pic.twitter.com/ZNnLPneMPG

According to developer Eric Perardi, the rinks could open in early August. The rest of the facility's amenities and businesses will have a phased introduction. Perardi hopes the entire building will open in spring 2021.