Boomtown 2040: The impact of Austin's continued growth on accessibility 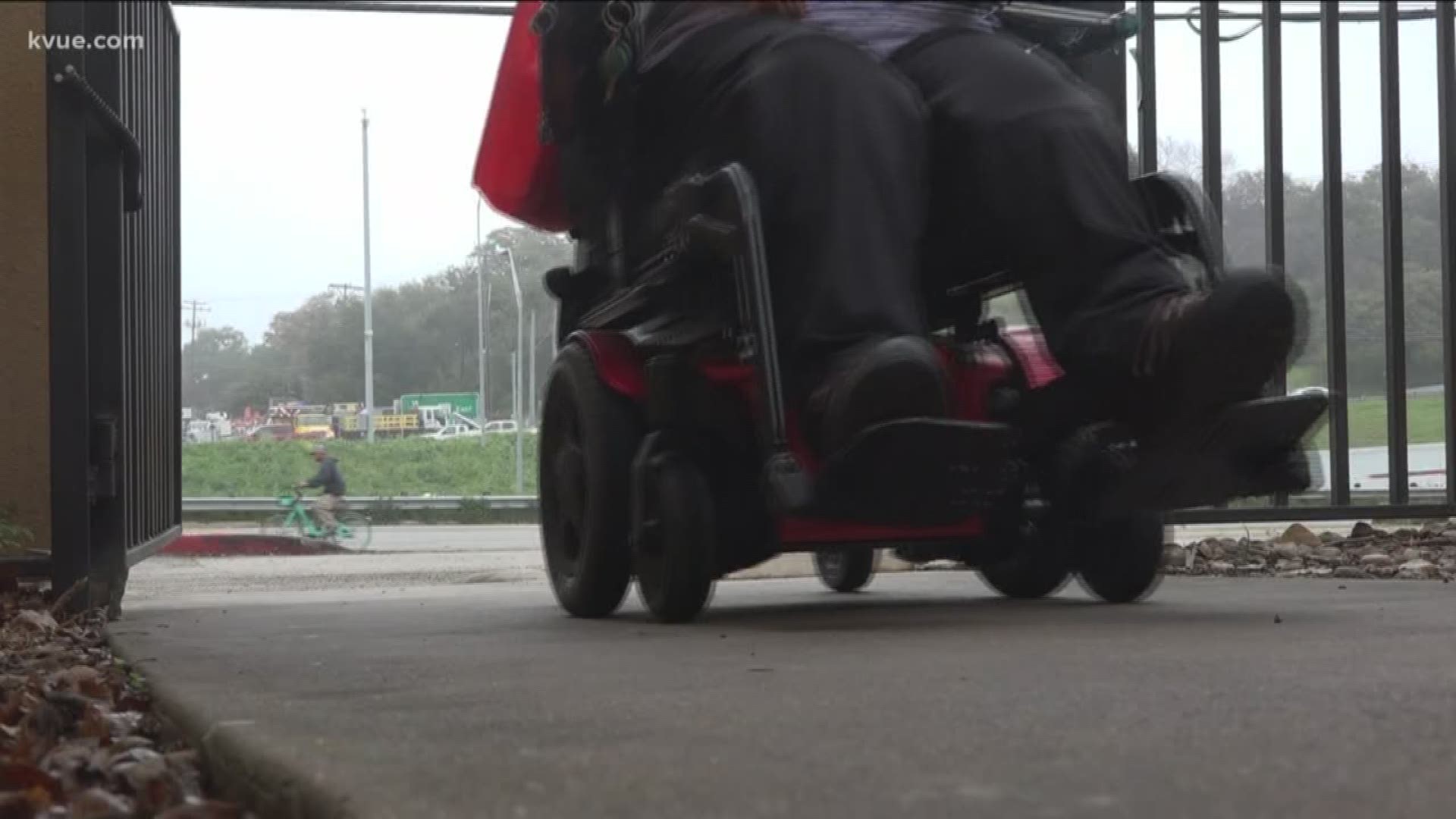 AUSTIN, Texas — It's something we hear and talk about a lot: the effects Austin's continued growth is having on things like affordable housing or how we get around town.

For those with disabilities, it presents the same challenges, but sometimes in different ways.

Renee Lopez is a native Austinite who has seen the city grow rapidly through the years.

"I remember when Austin was a really small town when you could actually see the capitol from I-35."

Lopez has a genetic condition called arthrogryposis. She said she could walk for many years, but needed to use braces. At 45 she began using a motorized wheelchair because it's easier for her to get around. Today, at 58, she said it's never stopped her from feeling independent or doing anything she wants to do.

But some things are more difficult than others, and Austin's growth is partly to blame.

Lopez is a board member for Accessible Housing Austin (AHA!), which aims to create housing that is integrated, affordable and accessible. The group started in 2005 by members of ADAPT that found there was not enough accessible housing in Austin.

"Accessible housing is someplace where someone is able to enter the home without any barriers, for example like having a ramp, having a door that's wide enough, having a no-step entryway, an accessible bathroom with a wide enough door for a wheelchair to go in, an elevated toilet, possibly a roll-in shower for someone who needs that who can't get into a bathtub."

Using her involvement and voice within AHA!, Lopez is bringing awareness to what makes housing truly accessible.

Underway soon through AHA! in Austin is a new 27-unit affordable, integrated and accessible housing complex. Lopez said the group will begin taking applications for it soon, although units won't be available until around October.

To learn more about the new complex going up near Briarcliff Boulevard and Gaston Place Dr, visit AHA!'s website.

At Capital Metro, Martin Kareithi is the program manager for system-wide accessibility. Kareithi himself is blind and says exploring innovative and user-friendly accessibility options benefits not only those who have disabilities, but the community in general.

"Walking out on the street and seeing, and interacting, with the things you're a part of everyday, whether that's an accessible bus stop or an accessible bus, or the Braille signage that we have on our bus stops, feeling part of the transit system and the community is helpful -- it's great," Kareithi said.

Kareithi said there's room for improvement in Austin to meet the growing needs of everyone in the disabled community.

"We have a large shortage in this area of accessible vehicles that those individuals can use. Outside of Capital Metro, it's really difficult to get around the community if you use a wheelchair. There simply are not enough vehicles," Kareithi said.

"We're trying to increase those mobility options for the community so that they have something that they can use that's fully accessible for them. Looking at innovation, looking at technology, and how technology can break down barriers for people with disabilities and how we can provide better service and customer experience is a big piece for us."

RELATED: San Marcos hoping to crack down on disabled parking violations with app

Whether you call Austin home or are just dropping by, everyone has places to go. So when you're in a city like Austin with abundance of places to go to and do, VSA Texas is trying to make navigating through those options for those with disabilities a little easier through an online accessibility guide.

"ATX go! is an attempt to help visitors to Austin and residents of Austin better understand and navigate our huge festival system that we have here. We did research and we found 66 major festivals that happen in Austin during the year and these are all types of festivals," said Celia Hughes, executive director of VSA Texas.

"So, instead of trying to figure out where to go, find the website, you can just come to one place and you can browse through our website, and see all the different venues. We also have outdoor parks and recreation and places to have culture in Austin."

Visit the ATX go! website to begin looking up the accessibility information on a specific venue or about your upcoming festival.

As Austin grows, so does the demand to keep up with that growth, through accessible housing, transportation and simply being able to enjoy what makes Austin, Austin.