In 2040, the population of the Austin metro is expected to double, but the number of roads those people travel on won't. We look at how people will get around. 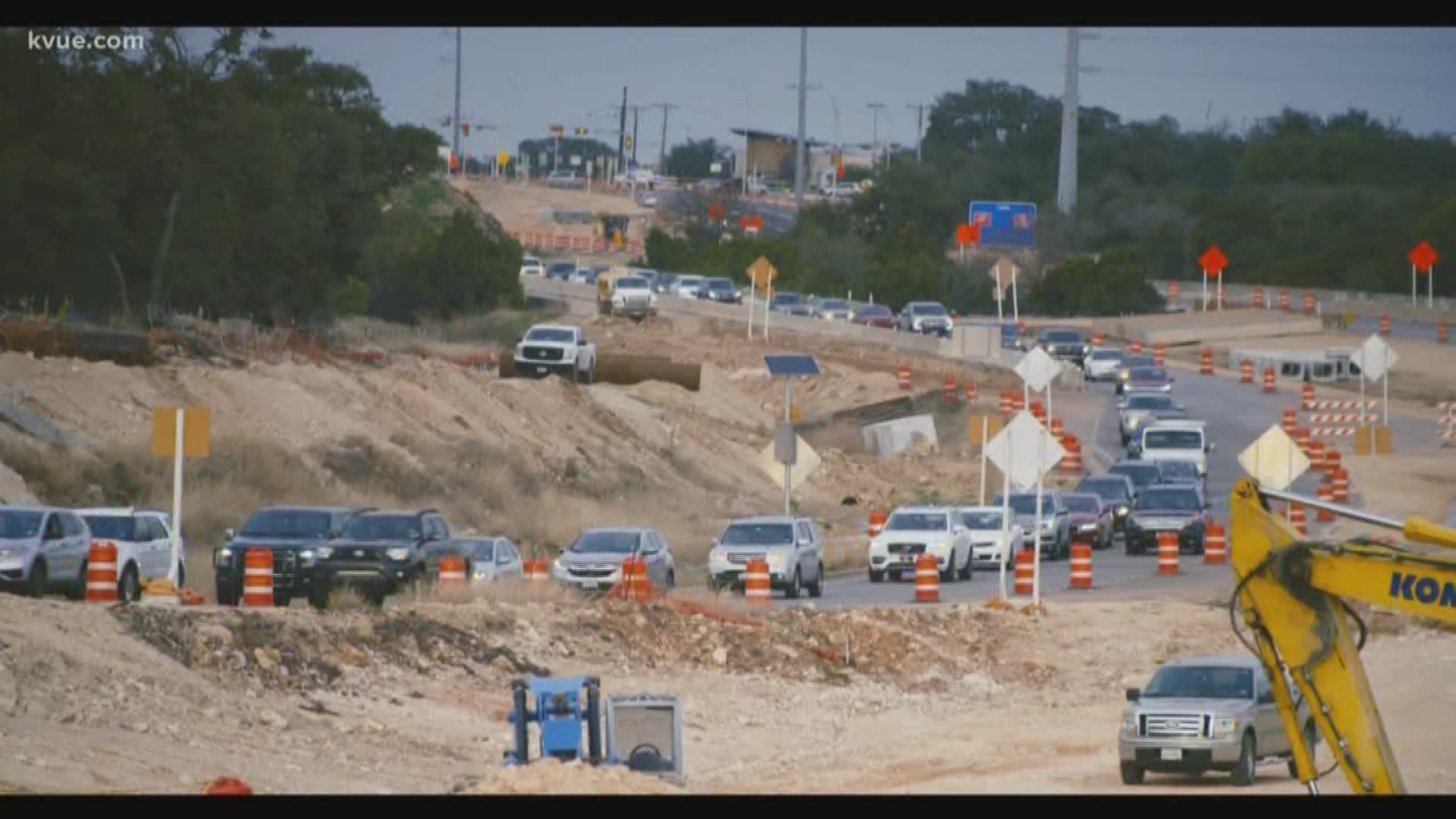 AUSTIN, Texas — The number of things that draw people to Austin are countless – a thriving job market, a renowned live music scene, a "Keep Austin Weird" culture – but not everyone wanted the Capital City to be the boomtown it is today.

"I think there was a mindset here at one time that if we didn't make a whole bunch of improvements to the infrastructure, that a lot of folks would not come here or, if they did, they wouldn’t stay," said Ashby Johnson, executive director of Capital Area Metropolitan Planning Organization (CAMPO). "And that proved to be wrong."

CAMPO is required by the federal government to produce transportation plans for the region and distribute state and federal money for road projects.

"Some of the information that was provided, say in the '80s, early '90s, was ignored. And so a lot of infrastructure was not built that should have been built, that was recommended," said Johnson.

Fast forward to 2019 and it doesn't matter if it's morning, noon, night, weekday or weekend – if you're on a highway in Austin, chances are you're going to sit in traffic.

"We’re trying to pack 50 pounds of potatoes in a 10-pound sack," Johnson said.

Twenty years from now, there will be even more potatoes. The population in the Austin region, which, according to the City demographer, is made up of Travis, Williamson, Bastrop, Hays and Caldwell counties, will nearly double to almost four million people.

"When we do something in Oak Hill, or we improve I-35 or Loop 360, we want to make sure that it's not only improving the roadway when it's completed, but 20 years down the road," said Texas Department of Transportation (TxDOT) Spokesman Brad Wheelis.

In the Austin district, TxDOT has more than 760 projects planned, including work on nearly all of the highways in and around Austin.

Perhaps the largest undertaking will be Interstate 35. TxDOT reports it is the 10th most congested highway in the nation and the second most congested in Texas.

TxDOT is planning to complete more than 40 projects along I-35 in Austin and add lanes to the highway itself.

RELATED: TxDOT approves millions to build managed lanes on I-35

The managed lanes won't be tolls but HOV lanes, reserved for vehicles carrying more than one person. Construction on the north and south portions of the project will start in 2022.

TxDOT still needs funding for the central section through downtown and, until it's funded, staff can't say what it will look like. But lowering the freeway is an option that's getting a lot of attention.

"The decks that are out here would come down. And where the frontage roads are now, they would be cantilevered over. They wouldn't completely cover it up, there'd be an open space. And those two, those four lanes that would be managed, would be in the tunnel," Johnson explained. "And then the City of Austin is talking about potentially putting in park decks on sections of the roadway through downtown."

Getting from I-35 to Highway 183 will be easier because TxDOT is adding flyovers. And 183 itself is getting toll lanes in each direction, constructed and operated by the Central Texas Regional Mobility Authority (CTRMA).

CTRMA is the same company that built toll lanes on MoPac. Johnson explained the MoPac lanes north of downtown are as good as they're going to get, but there are plans to add two toll lanes in each direction to the southern half of Mopac.

In South Austin, drivers can kiss the "Y" goodbye!

"That 'Y' in Oak Hill is just a congestion nightmare," said Wheelis. "So we're getting rid of that stoplight on the main lanes."

TxDOT plans to transform the Oak Hill Parkway with three main lanes in each direction and two- to three-lane frontage roads. There will also be new lanes on 290 West of Oak Hill.

And traffic will really get moving on SH 71 when crews add overpasses east of the airport all the way to Bastrop.

"Whenever those projects are completed, you won't have a stop sign or stoplight from Austin to Houston," said Wheelis.

TxDOT crews will build a series of over and underpasses so drivers can bypass stoplights. But the Austin view will remain the same.

"Nothing's changing on the Pennybacker Bridge," Wheelis explained. "We know that everybody associates that with Austin. We wouldn't dare change that bridge."

Even the toll roads are getting some attention. A third lane is being added to SH 130 in each direction from SH 45 to 71.

But all that construction alone won't be enough to ease your commute.

What the Beep: Big changes planned for dangerous Austin intersection

What the Beep: Update on 183 project to help traffic coming from north to Austin

"Based on the 2040 plan that we have in place, we expect to see, if everything was built out – and we know that probably will not happen – we would see about a 28% increase in roads, but 121% increase in population," said Johnson. "The plain way to explain that is, you're going to see much worse congestion on a whole lot more roads in the region over much longer periods of time."

There simply isn't enough infrastructure to handle the growth, and highways in Austin were never fully built out. For instance, Highway 290 isn't connected through Austin and Loop 360 isn't a loop at all. So to combat congestion, transportation leaders say they have to get people off the highways.

"If you hate your commute this morning, I'm sorry to break it to you, but that might be the best commute you ever have," said Randy Clarke, president & CEO of Capital Metro.

Clarke joined the Capital Metro team 18 months ago and is all about taking bold, calculated risks to get more people to use mass transit.

From implementing pickup zones to redesigning the bus network and testing electric vehicles, he wants to create a culture of trying within CapMetro, and it seems to be working.

CapMetro reports ridership has increased every month for 12 months straight. The agency's next bold plan is Project Connect, creating an expanded transit system that connects the entire region.

It will take a big financial investment to make Project Connect a reality; the type of investment other cities have made but Austin hasn't.

Project Connect is still in the planning phases, so there isn't a final price tag and leaders haven't decided if the transit system will be bus or rail.

"The key is not the type of wheel per se, it is the capacity of those vehicles and having their own dedicated right of way," said Clarke.

That dedicated right of way, lanes designated solely for buses, is part of a bigger plan. For the past two years, CAMPO staff have been building the regional arterials plan, looking at how cities in the Austin region can get people off the highways by increasing capacity on the major roadways through the city. The plan could have a huge impact on your commute.

"So if we were able to realize the recommendations in that draft plan, what we would see is a doubling in our population by 2045, but our congestion would be no worse than it is today," Johnson explained. "And that's a considerable achievement if we can pull it off."

Pulling it off largely depends on the cities and whether today's leaders will listen to the recommendations, unlike what was done in the past, to make sure the people in this boomtown can get around and enjoy the things that made them decide to call Austin home.