Austin's housing shortage has people looking to increase the value of their current homes. Here in Central Texas that has many people focused on their backyard. 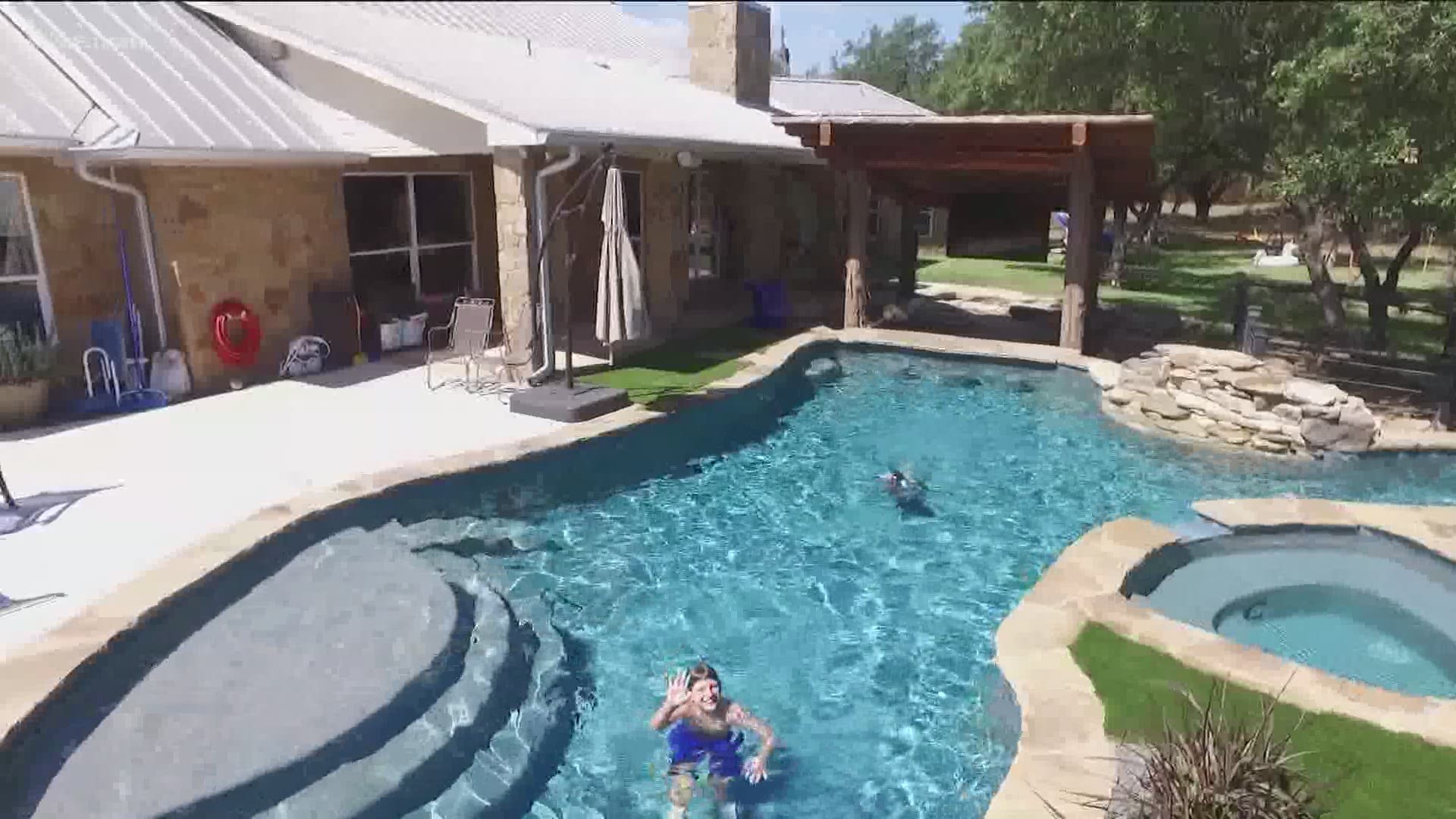 “We just wanted a place that was, you know, big enough to have quite a few people over,” said Travis Rozacky.

Longing for more space, Travis Rozacky and his wife, Tori, found it in a home in Round Rock. But it was missing a pool, so they decided to build one.

“We really didn't want restrictions on when our kids could hop in the pool and we could take them,” said Tori.

“When we were in the office doing our selections, they said they had like 120 pools on that they hadn't broken ground on yet,” said Travis Rozacky.

Houzz, an online home remodeling platform, reports a 58% annual increase in project leads for home professionals and a 54% increase in demand from pool suppliers.

“I think now that the majority of the people are working from home and not going on vacations, I think that has encouraged people to invest in their own properties and invest in having quality family time at their own house,” said Brandon Porter, owner of Blue Holes Pools.

He’s been designing and building pools for more than a decade. His most recent project is a lazy river for the Richert family, who decided to pool their vacation money and put it in their backyard, in part to create an oasis for their daughter who uses it for physical therapy.

“It’s been the best thing for us. So I wouldn't change it for the world,” said Kena Richert.

For years, homeowners have been told they won't recoup the cost of a pool if they ever sell their home. But the pandemic has many families more interested in their play space than the payoff.

“We're enjoying it. It's filled a lot of gaps for us,” said Richert.

The advantage of life in a boomtown where a little piece of heaven can be part of your home.

If you are in the market for a pool, most contractors said it may take a little longer right now because of demand. What typically took three months could now take six to nine.

Qualifying Texans will get extra $300 per week in unemployment benefits