Texas Transportation Commission votes to approve $3.4 billion in funding for I-35 reconstruction

The construction project aims to improve traffic from Round Rock to Buda. 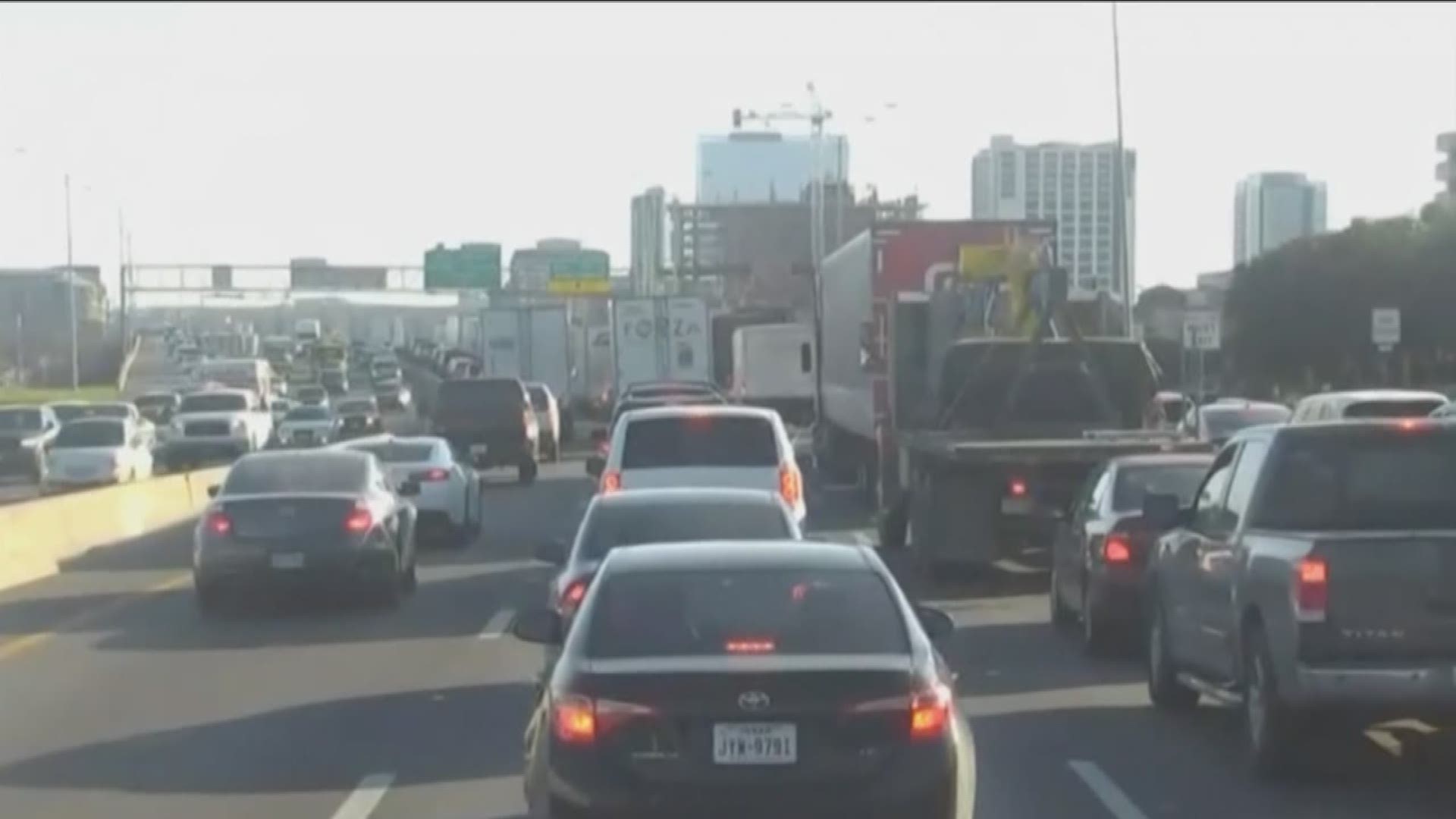 AUSTIN, Texas — The Texas Transportation Commission on Thursday voted to approve $3.4 billion in funding for Interstate 35 construction through Austin.

The vote was made 3-1, with Commissioner Alvin New casting the sole "no" vote. New said he wanted to wait to vote on the topic as part of the 2021 Unified Transportation Program (UTP).

There were also concerns from people who testified to the commission about funding such a big project in light of the pandemic when future budgets and tax revenue is in such flux.

Other groups, however, are happy with the decision.

"We are thrilled that the Texas Transportation Commission has voted to fund the I-35 project through Central Austin," said DeWitt Peart, president and CEO of the Downtown Austin Alliance. "We thank the Commission, Gov. Abbott and Sen. Watson for not only their steadfast leadership, but also for recognizing that even during these unprecedented circumstances we are facing with the COVID-19 pandemic, funding is critical for such a significant improvement project for our city and region."

The $3.4 billion approved Thursday, part of the 2020 UTP, was commission discretionary funds.

RELATED: 'Time for talk is over' | Plan secures full $7.5B funding for Austin I-35 expansion project

The proposed changes were made by the Texas Department of Transportation in 2019. The project is aimed at tackling the influx of traffic in the Austin area from Round Rock to Buda.

"This project will create jobs and capital investment in our region’s economy, as well as help reduce congestion and keep commerce moving," added Peart. "There is much to be done, but in the meantime, the Downtown Austin Alliance is forging ahead with the community engagement process for the master planning of the surface enhancements and connections along I-35 through Central Austin."

Construction on the project is still years away from beginning. Called the "Capital Express Central" project, it proposes two continuous, non-tolled managed lanes in each direction along the 7.9-mile section on I-35 from US 290 East to US 290 West/SH 71. More auxiliary and frontage road lanes would also be built.

Now, there is still a gap of about $307 million, which TxDOT will consider as part of the 2021 UTP funds later this year.

Thursday's funding decision is the second of three, amounting to a total of $7.5 billion, that the Texas Transportation Commission is expected to fully fund. The third will be later this year for the $307 million portion of the UTP.

The Austin Chamber of Commerce supported the decision, releasing the following statement Thursday:

"This morning, the Texas Transportation Commission approved $3.4B of funding for IH 35 'Capital Express,' which stretches through the heart of Austin. This is a historic action, and we could not have done it without your advocacy—thank you!

IH 35 in Central Texas has not had any significant design upgrades in nearly half a century. This roadway has been a constant source of congestion for our region’s residents and commerce. Overall, more than 3,800 comments were submitted. Of those for or against, more than 55% were in support of building IH 35.

We also want to thank Governor Abbott, Senator Watson, and the commission for their collaboration and hard work getting this project across the goal line. We look forward to continuing our work with TxDOT and partners.

Additionally, the commission conditionally approved the negotiation of a contract to begin the design/build of Oak Hill Parkway. This project has been decades in the making and has long been a strategic priority for the Chamber and business community.

Again, thank you for your advocacy on behalf of Central Texas and our business community. We could not have done it without you all."

The Texas Association of Business also released a statement:

"TxDOT is right to prioritize I-35 through Austin, but in these times of twin economic crises of oil and COVID-19, Texas should again utilize private funding and managed toll lanes to fix I-35 rather than spending $3.4 billion from TxDOT’s discretionary fund at this time.

Public-private partnerships allow governments to build needed roadways without additional burden on taxpayers. With strict oversight by the state, private investments in highways mean projects can be designed, built and completed years sooner and at little or no cost to state taxpayers. With traffic management solutions like managed toll lanes and real-time technology to keep traffic flowing, drivers have greater control, choice and flexibility in their daily commute.

TAB, through its 'Keep Texas Moving' coalition, continues to press for state leaders to tackle transportation funding and reauthorizing innovative project funding tools sooner, rather than later. We need every funding tool in the transportation toolbox to keep Texas moving, especially during these times of economic crisis and threats to state and local tax revenues."

In other action on Thursday, the commission approved a conditional award for a design-build contract to construct the Oak Hill Parkway project. Colorado River Constructors was chosen as the contractor and it will complete the final design for the more than $600 million project and construct the state-of-the-art highway at the intersection of US 290 and SH 71 in Oak Hill.