The Texas-based airline has made significant investments in Austin so far this year, adding two dozen new flights. 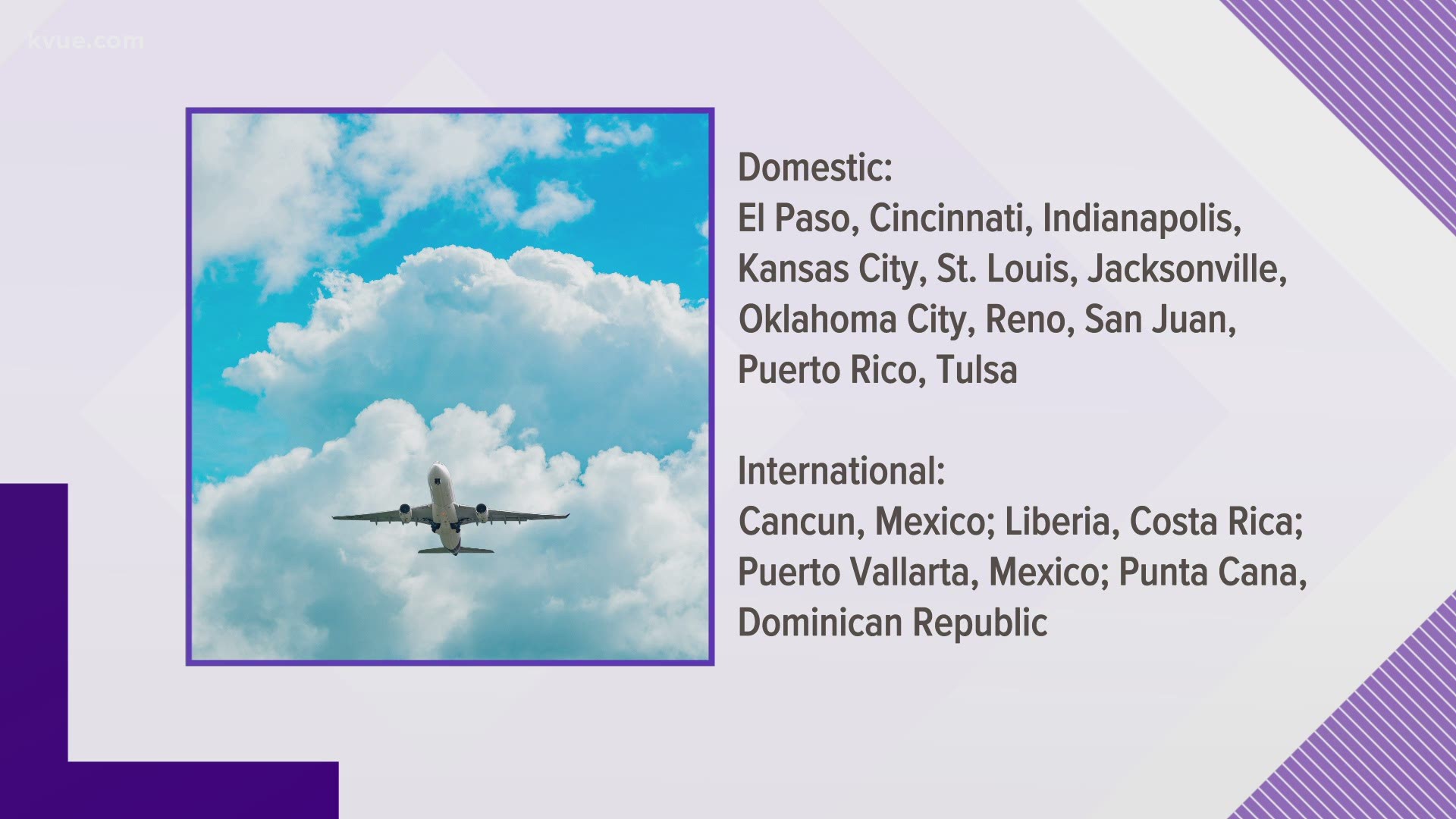 AUSTIN, Texas — Fort Worth-based American Airlines is expanding in the Capital City at a fast rate, brewing a big battle between three of the busiest air carriers in Central Texas.

That means by this fall, Austin’s second-busiest carrier will fly to a total of 32 nonstop destinations from what was, in 2019, America’s second fastest-growing mid-sized airport. American also has four nonstop flights with codeshare partner Alaska Airlines to West Coast destinations and two with JetBlue to East Coast destinations.

“There is a battle brewing for leadership in the Austin airline market, and it’s a three-way battle between American, Delta and Southwest,” said Henry Harteveldt, travel industry analyst for Atmosphere Research Group. “Austin is a thriving market. It has strong business and leisure travel demand. And it’s a market where people pay above-average fares.”

Delta Air Lines was the fourth busiest at AUS in 2020 with 807,055 flyers, according to airport data. Prior to the COVID-19 pandemic, Delta was the fastest-growing of the three airlines, with more than 2.3 million flyers from AUS in 2019, up more than 12% compared to 2018. Delta currently has nine nonstop flights from AUS.

In March, the president of Delta Air Lines said Austin is one of two focus cities for the airline, according to Airline Weekly.

While American won’t go as far as to call Austin a “focus city” for the company, a spokesperson for the airline said it is considered a growth market. It is increasing the competition on some routes already offered by other airlines while also offering brand-new destinations for Austin travelers.

“American realizes that they need to move and move aggressively in order to potentially beat other airlines at adding some of these routes, because there’s definitely a first-mover advantage to airlines that add nonstop service in a market,” Harteveldt said. “There is a lot of money at stake, and American, which has had a historically strong presence in Austin … wants to make sure that it doesn’t lose any market share to any of its competitors.”

Harteveldt said the new routes could be the beginning of a “golden age” for Austin travelers. While there’s a “healthy dog fight” between the airlines battling to be the biggest and best, travelers stand to benefit from the added routes. The more competition on a route increases competition on ticket prices, he said.

In addition to the new routes, American will increase the frequency to existing routes – Dallas, Miami, Orlando, Tampa and New Orleans – this fall.

It all points to a strong recovery from the pandemic at AUS.

“AUS is excited to welcome even more ways to fly AUS and to fly American Airlines. These destinations, especially new international nonstops, are better connecting Central Texas travelers to the world. This announcement also underscores the strength of the Austin economy and the positive recovery signs our airport is beginning to see following COVID-19,” the airport said in a statement.