The City of Bastrop is proposing to keep its property tax rate the same. Home valuations increased on average by 6.88% this year and so would property taxes. 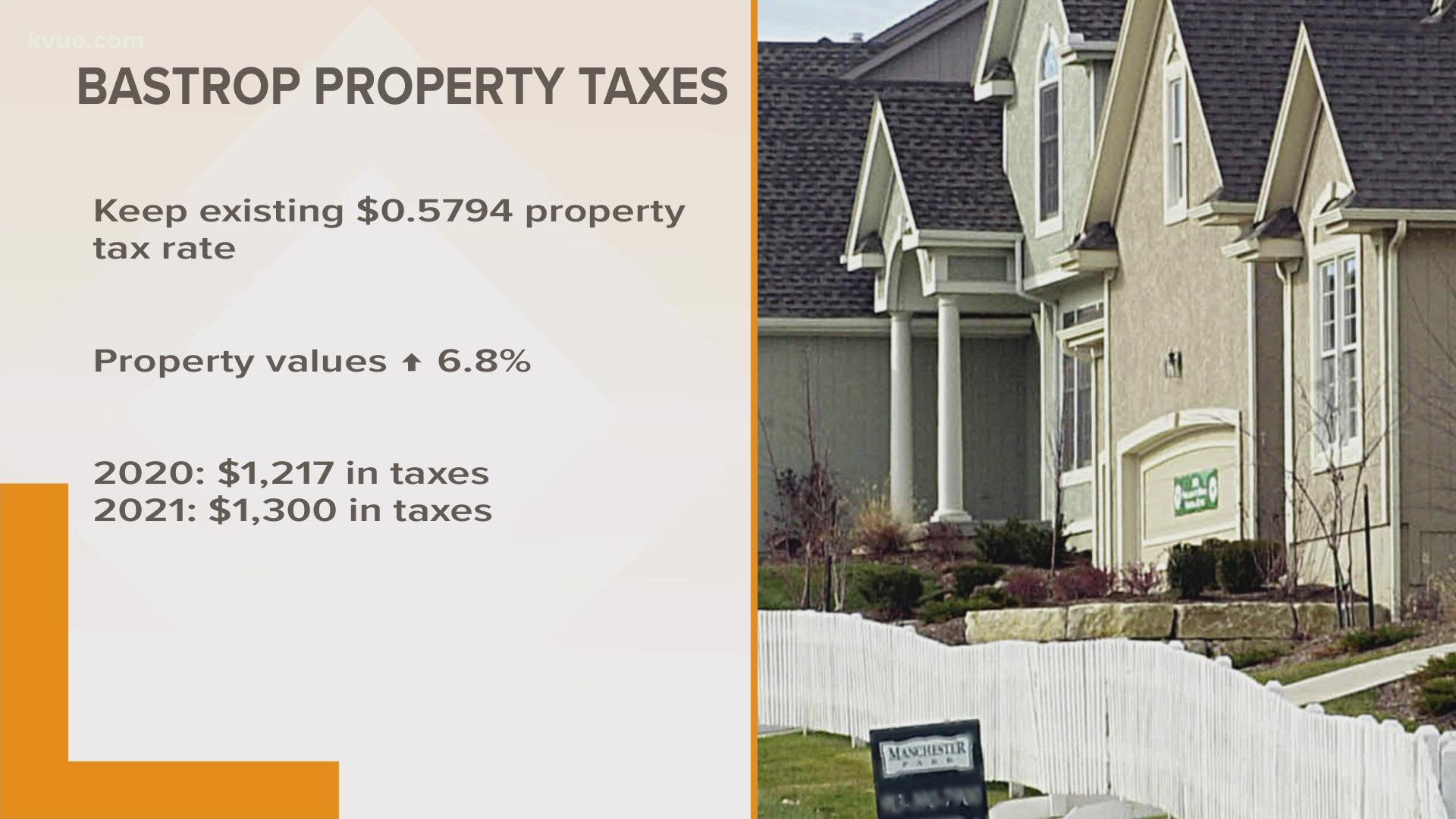 BASTROP, Texas — The City of Bastrop is proposing to keep its property tax rate the same for the next fiscal year, which could result in an average $83 increase in property tax for homeowners, according to a report from the Austin American-Statesman.

This year, home valuations increased on average by 6.88% in Bastrop. So, if the city keeps its same property tax rate, the average homeowner’s property tax bill would also increase by 6.88%.

“The average valued home, according to this tax rate, would owe to the city of Bastrop $1,300 this next fiscal year, which I would argue is a pretty good deal,” City Manager Paul Hofmann said Tuesday when the proposed budget was presented.

If Bastrop did not raise property taxes, the city would have to lower its proposed overall tax rate by more than 3 cents for its fiscal year 2022 budget.

“Because of the significant increase in appraised values that we and every other city in the region has experienced this tax year, that has the impact of lowering the tax rate we need for (operations and maintenance) to generate the same amount of revenue to run the city,” Hofmann said.

The city is proposing to lower the operations and maintenance portion of its tax rate but increase its debt service portion to $0.2054 of the $0.5794 rate.

The city will have up to two more budget workshops in August if needed. The first public hearing on the budget and tax rate for Bastrop residents is Tuesday, Sept. 14.