The council gave the green light to an amended plan for the "Bastrop 552" development at its meeting on Tuesday. 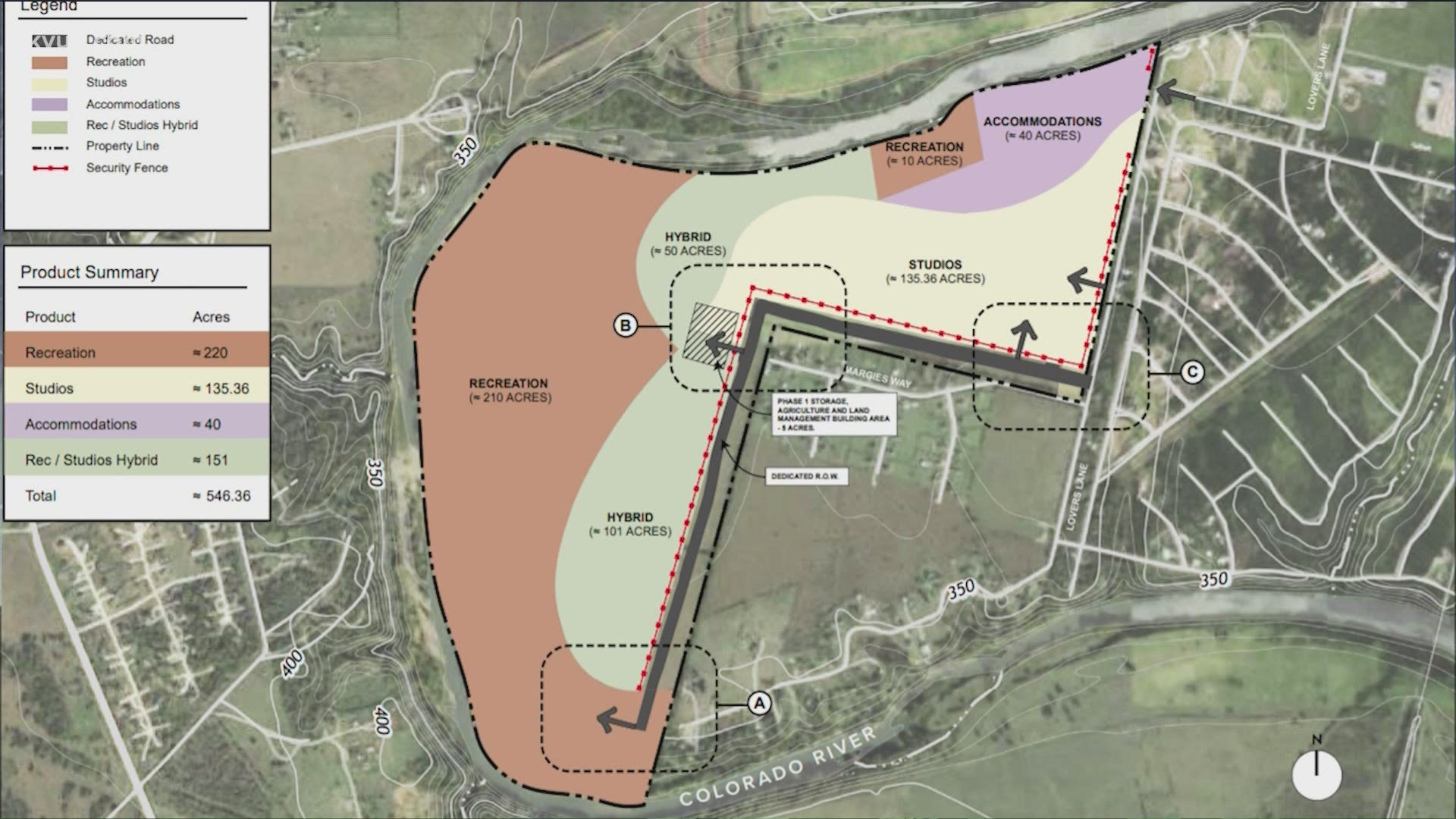 BASTROP, Texas — Construction on a new film studio in Bastrop has been given the green light. The Bastrop City Council unanimously approved an amended plan for the proposed film studio at its meeting on Tuesday at 6:30 p.m.

The Council approved the resolution, or Item 9E, after it told Line 204 Studios to amend its initial plan for the nearly 550-acre development, “Bastrop 552,” following the council’s June 8 meeting.

Before Tuesday night's vote, Bastrop's councilmembers said they can revisit this plan in the future.

Neighbors near the proposed film studio expressed concerns about noise and traffic at the June 8 meeting. The development would be off Lovers Lane near the Colorado River.

Changes to the plan require developers to submit a Public Frontage Plan, which would include details on the “sidewalk, landscaping, street lighting and the proposed wall advancement to the perimeter road,” according to the council’s meeting agenda. Lighting within the development will now “comply with applicable City Code regulations.”

The new plan also does not include a helipad for helicopters. It also requires “the owner to make reasonable efforts to preserve and protect the current trees and vegetation” on or near the property.

The Bastrop City Council voted unanimously at its June 8 meeting to continue negotiating the development agreement with Line 204 Studios, according to a report from KVUE's media partners at the Austin American-Statesman.

“Bastrop 552” wouldn’t just be a film studio. The development could potentially include restaurants, lodging and movie equipment rental and event spaces. If approved, construction would start later this year and be completed in phases.

COVID-19 variant 'more contagious' than previous ones. Doctors discuss what that means for Texas