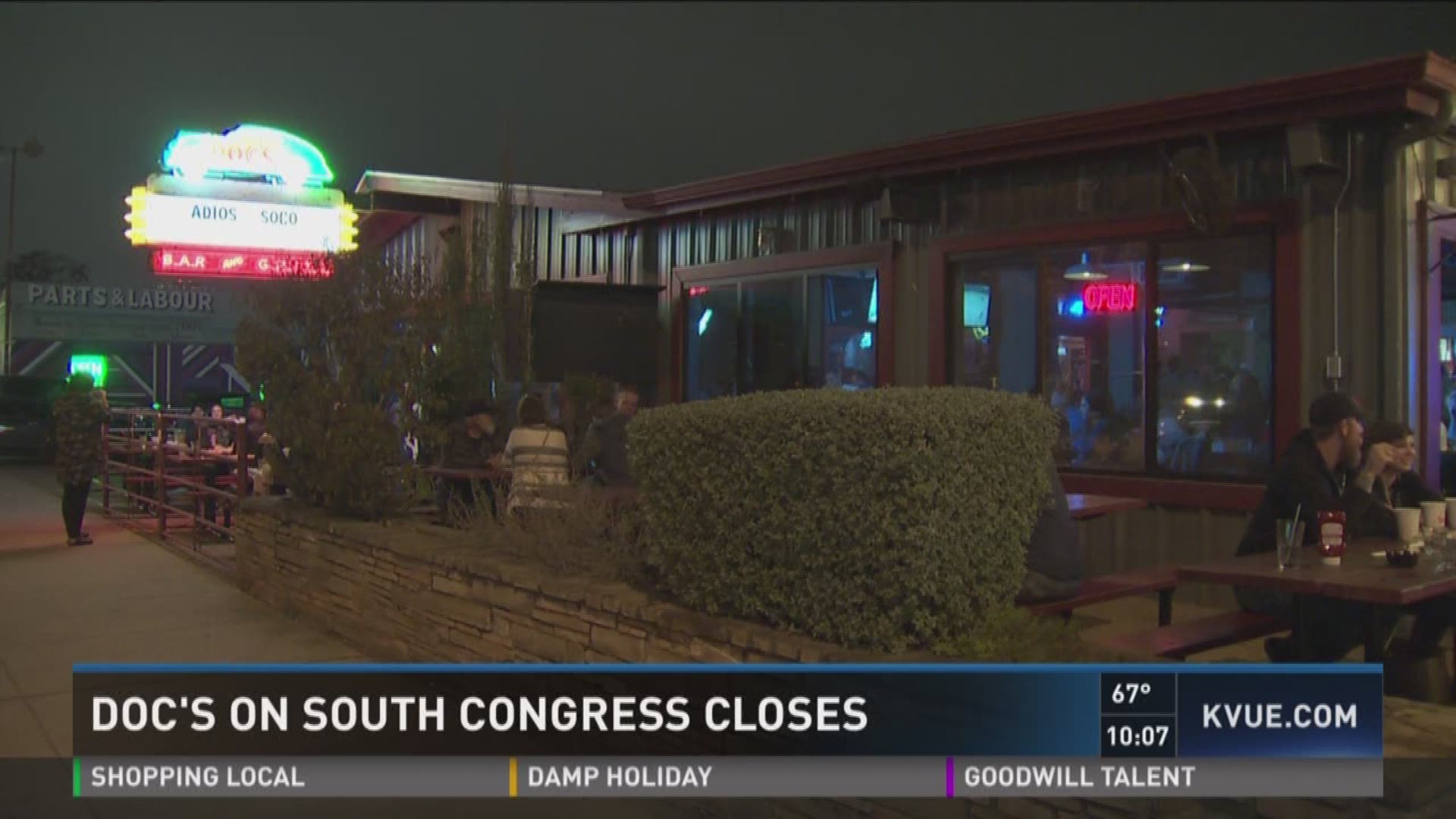 AUSTIN, Texas — Editor's note: The video attached was published for another location in 2016.

Out with the old and in with the new – Doc's Motorworks co-owner, Charles Milligan, announced he and other partners are closing the 38th Street location in order to focus on a new concept.

The owner said that the new concept will be outside of the "Doc's brand," and will be announced in the spring of 2020. He also said it will be located amongst a strong community-oriented area in Cedar Park, Texas.

Milligan said that the area will also have more reasonable rent as the current inflation costs have "burdened the retails sector in the Austin and surrounding areas."

The last slice of Milto's Pizza Pub: Austin restaurant announces they are in their final days

"Thank you to the local businesses, neighbors, medical community and regulars that have been supportive patrons," said the owner. "We have enjoyed serving Rosedale and the surrounding neighborhoods."

The new location will feature pickleball, volleyball, live music and, as an ode to Doc's, shuffleboard and cornhole.

The last day for the 38th Street location will be Nov. 24 and the Sunset Valley, Texas, will remain open with no changes.

Hate crimes more than double in Texas for 2018, according to FBI data