One man plans to sell his home. 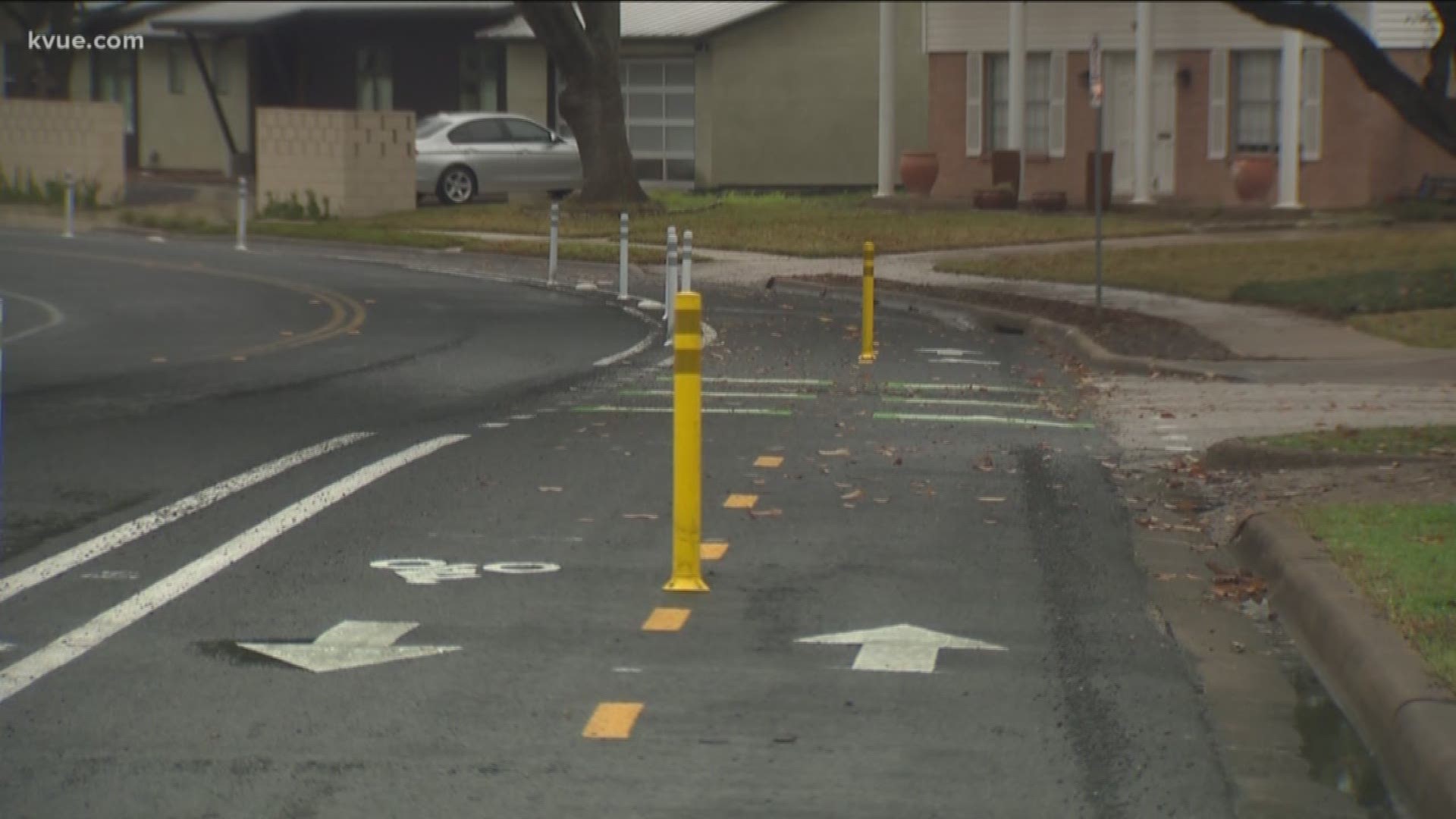 But they have not calmed neighbors who live on Shoal Creek Boulevard, like Dan Byler, who is considering moving.

The bike lanes took away Byler's on-street parking. He said he's already had to sell his truck.

"Half my door and tires and rearview mirror were sticking out in the actual car lane," Byler said.

Now, he's seriously considering selling his house because he can't even have people over anymore – despite still having a driveway.

"And now I'm likely going to be selling because when we have guests over, I have nowhere to park our guests. They can't park in the bikers' lane, which is the whole one side of the street, and they can't park in front of my house for 60 feet in either direction," Byler said.

What Byler wanted to know now is: Why did the City move ahead with this project if a City survey showed 70% of Shoal Creek Boulevard residents didn't want the bike lanes?

Byler said he never got a straight answer from the City, so KVUE asked for him.

Here's what Dierenfield said: "Of course people who live on the street are important constituencies in that conversation, but this is a community street and a public street that we all rely on to get where we need to go safely and comfortably and reliably."

She said they have to consider everyone who uses Shoal Creek Boulevard when making a decision for our growing city.

In the meantime, Byler said he plans to stay in the Allandale neighborhood because he still loves everything else about it.

The remainder of the Shoal Creek Boulevard bike path will open this summer.