The project is set to include 518 residential units, parking and more. 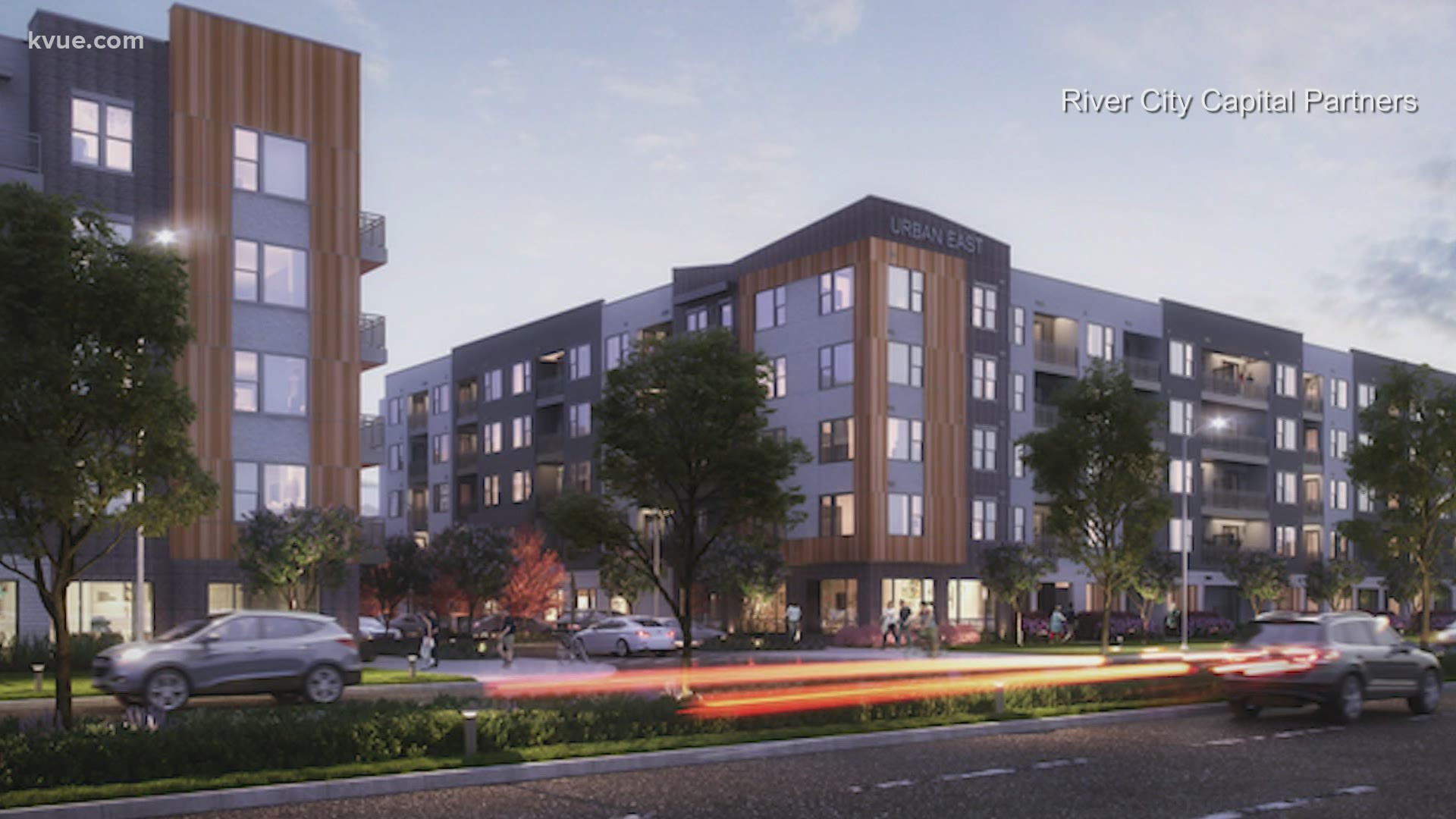 AUSTIN, Texas — A new multi-family development – with half of the units designated to be affordable housing – is set to come to southeast Austin.

River City Capital Partners LLC, in partnership with the Housing Authority of the City of Austin, Battery Global Advisors and LDG Development, announced the planned groundbreaking for the first phase of Urban East, a multi-family opportunity zone development along East Riverside Drive.

The development, located at 6400 E. Riverside Drive between Montopolis Drive and Vargas Road, is a 7.3-acre project, set to include 518 residential units, covered parking with three structured parking garages, two resort-style swimming pools with sun deck, a dog park and more. River City Capital Partners LLC said the first phase of the project will feature 381 of the 518 units, with the remaining 137 coming later in phase two.

“Urban East will represent one of the largest multi-family opportunity zone projects to break ground in Austin,” said Peter Kehle, co-founder and CEO of River City Capital Partners. “There is a much greater emphasis on affordable housing with this development than similar projects in the area, and we are proud to make this offering available to meet the strong demand for this dynamic hub of Central Austin.”

This isn't the only development planned for East Riverside Drive.

KVUE reported that a controversial development planned for East Riverside Drive would be even bigger than originally planned. Presidium and Partners Group said in December 2020 that the 4700 East Riverside project – called River Park – includes the 97 acres rezoned in 2019 under the name 4700 East Riverside, plus the adjacent 12-acre Parke Green retail center that the partnership also owns. Presidium said the master plan "envisions more than 10 million square feet of mixed-use development."

Urban East will just become yet another development in the booming growth of Austin.

“Our vision for Urban East is to provide high quality housing and an attractive residential lifestyle with close proximity to employers, shopping, dining and entertainment,” said Cory Older, co-founder and president of River City Capital Partners. “Residents at Urban East will be minutes from attractions including vibrant downtown Austin, miles of trails at Lady Bird Lake, eclectic East Austin and a future light rail stop on the blue line, to name a few.”

WATCH: Boomtown: A look back at the Austin area's continued growth in 2020