Drive-Thru Postal can operate until June 1, when they must shut their doors permanently. 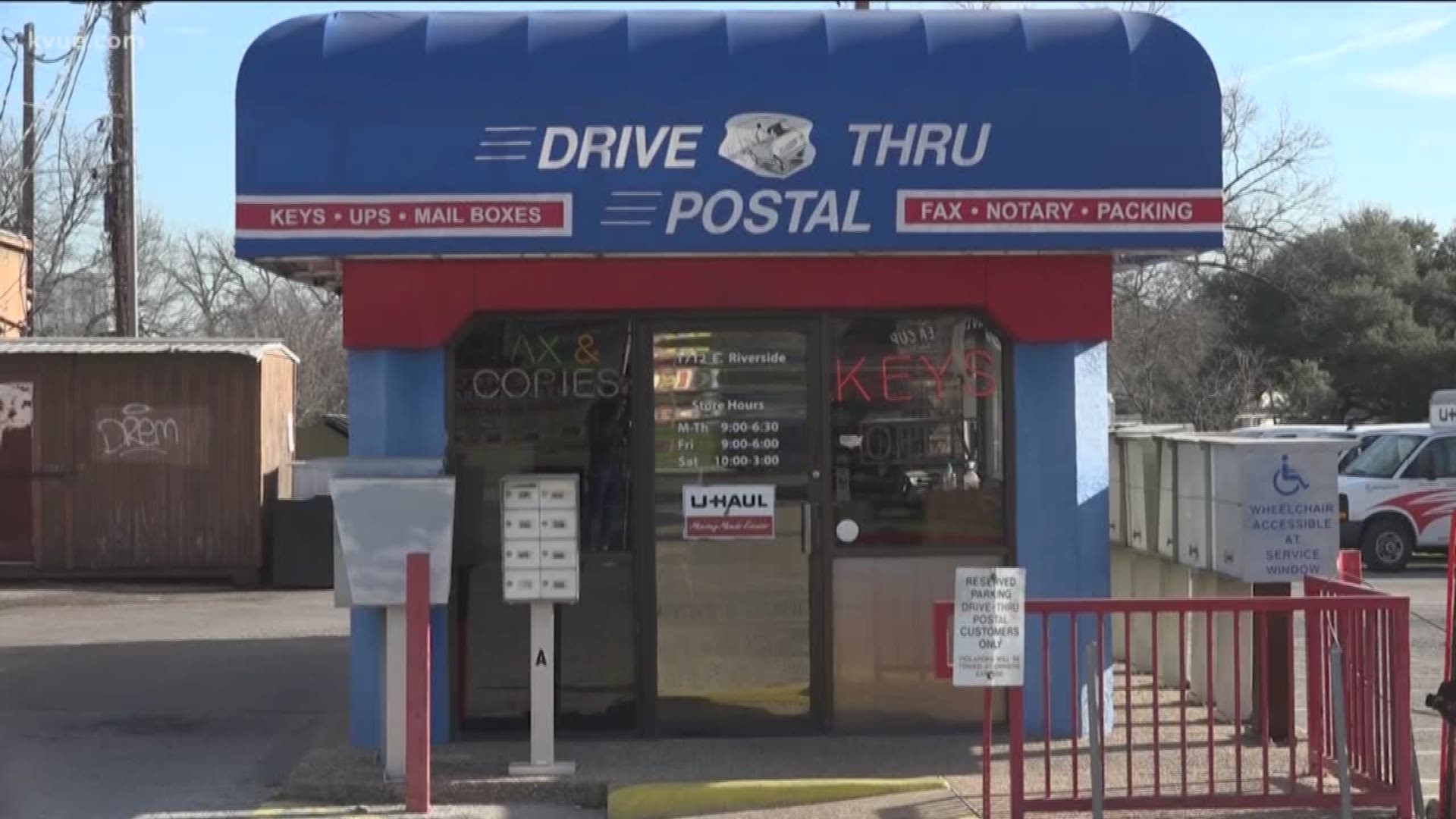 AUSTIN, Texas — For years, East Riverside Drive has been a hot spot for rapid growth and development in Austin. Despite trying times due to coronavirus, expansion is still in the blueprints for this evolving city.

While this may contribute to the city's economic growth, it is also causing long-time small businesses to continue to shut down.

Rick Wheeler is the owner of one of those businesses. In 1993, he opened Drive-Thru Postal in East Riverside.

For almost three decades, he and his wife, Denise, worked endless hours to run their small shop, which is no bigger than a bedroom.

This year in 2020, Wheeler said the owner of the land retired and turned the property over to a trustee. The trustee then notified Wheeler in February his business could only stay open until June 1.

Wheeler admitted that he knew this day was coming.

"I tried and I tried to outline why it would be better to keep me here," Wheeler said. "They have plans for this place."

Wheeler does not know what those exact plans are.

At 62 years old, Wheeler said he is not ready to retire, but he is also too old to relocate.

He reached out to the trustee to see if they could work out an extension but did not get one.

"He could have bulldozed this and made something else that makes a lot more money a long time ago, so he gave me 26 years," Wheeler said.

In addition to sending mail and renting out U Haul trucks, about 300 customers rent mailboxes at Drive-Thru Postal.

If he closes on June 1, Wheeler worries his customers would be stuck in limbo with their mail services at a time when some of them may be receiving a COVID-19 relief check in the mail.

"We were really hoping to stay here on a month-to-month basis until coronavirus ends, and then once it ends that’s their prerogative," he said.

Long-time customers such as Chance Charlin, who receives his mail here, said Austin's growth is bittersweet.

"I think it's one of those moments where you are conflicted because you want to support the progress, but at the same time, you don’t want to lose the soul of Austin and the people who have been here along time," Charlin said.

Wheeler reached out to City Council District Three to see what they could do to help. Wheeler said they were actively communicating with him and looking into the situation. KVUE also reached out and were told via phone, since it is privately owned, there is little they can do to stop it.

While this is not what Wheeler anticipated, he said the landowners have been supportive of him for a long time, and its just a matter of new things being on the horizon for the city.

“I feel good knowing if I walk away from this business, at least it's because I have to walk away, not because I'm quitting. I'm not going to quit,” Wheeler said.