In 2040, Austin's population is expected to rise to roughly 4.5 million people. 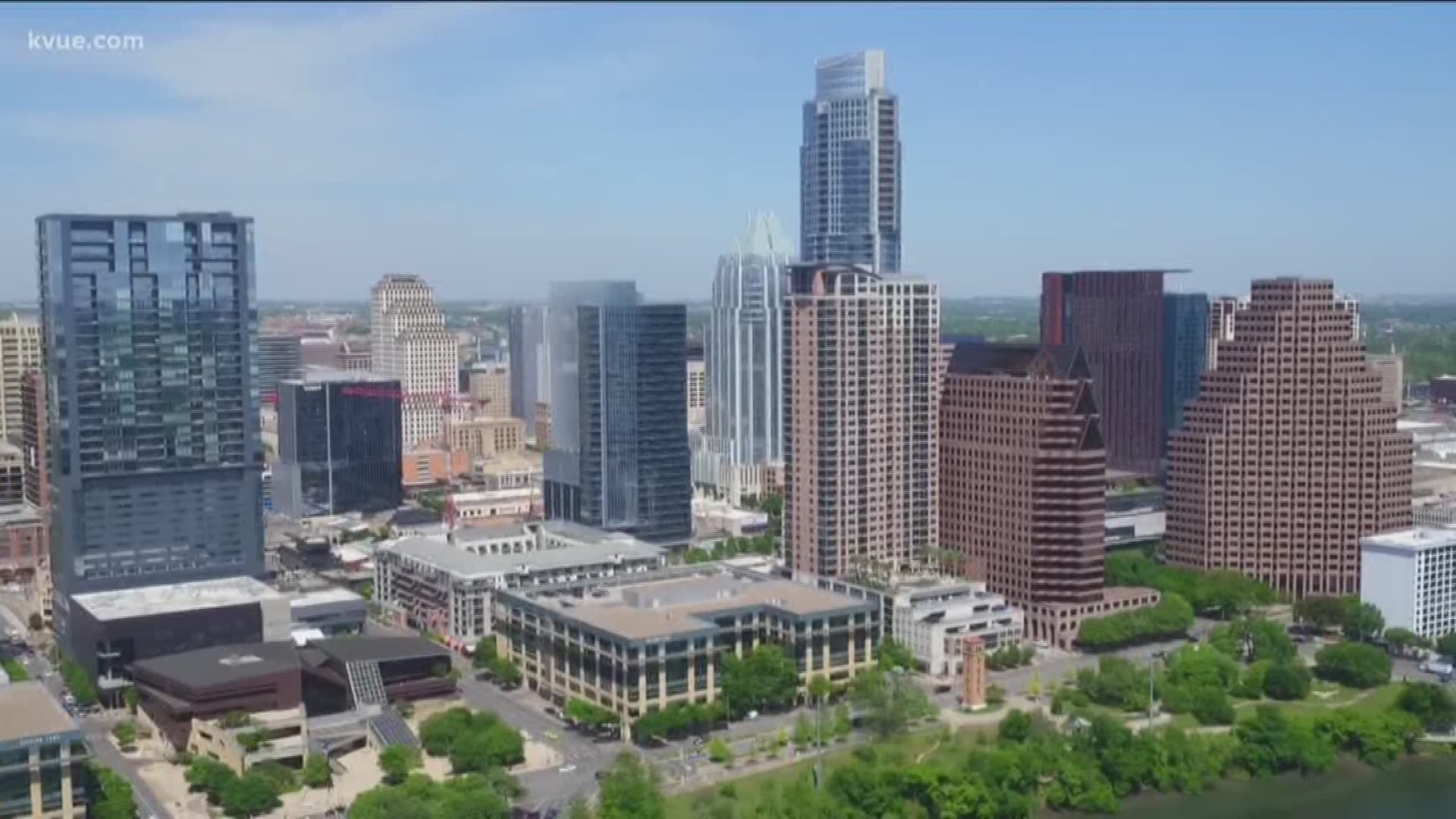 That's why KVUE started a series titled, "Boomtown 2040," a campaign dedicated to reporting on the opportunities and the challenges of Austin's growth.

In the month of November, KVUE begins "Boomtown 2040 – Tomorrow's ATX." Over the next few weeks, KVUE will take a deep dive into what Austin will look like in the next 20 years and how it could impact you.

There's only one place to start.

If it’s in the cards, Daniel Guerrero can read it. For 20 years he's looked to tarot cards to help predict outcomes for those seeking advice.

“You can do a reading on anything,” he said.

This is the first time he's read the City of Austin.

As he cut the cards, Guerrero sat down several in front of him on the table. Then, he started to read.

"There are some difficult times ahead,” he said.

He’s not the only one weighing in on what Austin will look like in 20 years.

Drew Scheberle has had a front-row seat to Austin’s growth working at the Austin Chamber of Commerce. He is the senior vice president of education and talent development for the chamber.

“We double every 20 years and have been doing so since 1880 so this city will double to roughly about 4.5 million people,” he said.

In 2040, Austin will be a lot more crowded. It will look more like Houston than the Austin we know today.

“This is clearly a boomtime for Austin,” Guerrero said as he read the cards in front of him.

VIDEO: What the Austin, Texas, of tomorrow will look like

The people will likely look different, too.

“There's also this deep-seated cultural displacement that's happening this cultural erasure,” said Virginia Cumberbatch, director of equity and community advocacy for the Center of Community Engagement at the University of Texas at Austin.

The cards show the challenges.

“It looks like it may be losing touch with what people came here to experience,” Guerrero said.

Most families will live in the suburbs.

The Austin Chamber of Commerce annual report for 2018 shows 9,424 people moved to Austin because companies relocated offices or headquarters to Austin.

“Lots and lots of older households are being attracted to Austin,” Robinson said. “Some people call it the grandparent connection.”

Seniors are moving to the city to follow their children – who move here for work – and to be around their grandchildren.

“There's a lot of positive energy in the city,” Guerrero said, looking at the cards.

The City refers to this trend as the "silver tsunami." However, it’s not just the kind of people attracted here, but the buildings being designed.

“This is it – the living room, dining room, kitchen, the bedroom,” said Jenna Pickering, a music promoter with C3 Presents, as she showed KVUE around her Downtown condo.

She moved to Austin in 2015 and bought a 563-square-foot condo two years later. She would love more space but her small condo was all she could afford.

Those smaller footprints, higher density housing, will be the norm in Austin in 2040. And prices? Well, brace yourself for what's to come.

“Job growth is the number-one driver of real estate prices and so we can probably expect our pricing to fall in line with cities like New York, Atlanta, Los Angeles,” said Austin-area realtor Chris Watters.

According to PwC’s and the Urban Land Institute’s annual "Emerging Trends in Real Estate" report, Austin is No. 6 with population growth. That's more than three times the national rate due to significant in-migration, plus factors such as younger demographics and high labor force productivity.

Apple plans to build a $1 billion campus in Austin that will create at least 5,000 jobs.

Commuting will get worse in Austin

Without increased ground transit, commute times could double by 2040.

Austin could be the 10th largest city in the United States by that time. Austin's airport will reflect that.

‘There is a huge need for us to expand.' New AUS director ready to take airport to new heights

In 2018, ABIA experienced record passenger traffic with 15.8 million passengers, an increase of more than 1.9 million over 2017. Eleven carriers announced 42 new routes out of ABIA, and this fall, the first non-stop flights to Paris was announced.

As Austin looks to the future, we must 'keep the magic'

One card stands out to Guerrero in his reading. It's the magic card.

“Making sure we keep the magic. That is showing up as one of the main concerns,” he said.

The changes are already taking shape. Plans are in the works for transportation, housing and jobs. Decisions about affordability, diversity and future growth are what will determine whether this city is a place we want to call home.

And those are the issues "Boomtown 2040 - Tomorrow's ATX" will address in the coming weeks. There is a lot at stake and many of us hold the cards.