As CapMetro weighs light rail options for Austin, KVUE took a look at what other cities are doing for public transit using rail. 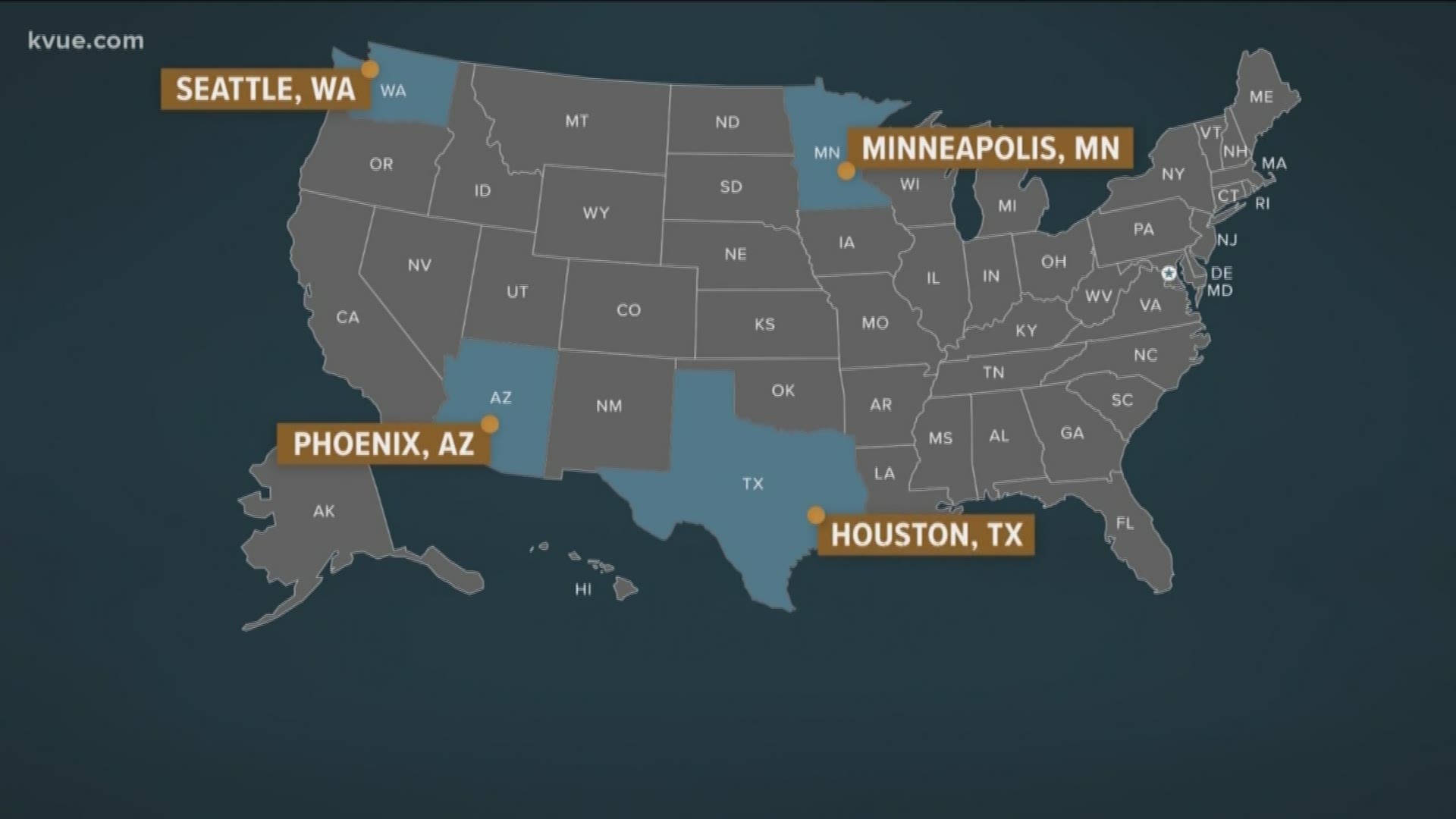 But across the country, several cities comparable to Austin are already using light rail as a way of getting people from place to place.

In Seattle, the Link Light Rail is operated by Sound Transit. It started after a 1996 ballot initiative was approved by voters and has been voted on for expansion twice, in 2008 and again in 2016. Currently, the system spans 22 miles and serves about 80,000 daily passengers.

The system is expected to have 116 total miles by 2041, boosting average daily passengers to at least 257,000, a Sound Transit spokesperson told KVUE.

In Phoenix, where the population is about 1.5 million, Valley Metro operates the light rail. It opened in 2008 and served about 15 million total passengers in 2019. It includes 20 miles of rail, expanded twice already – once in 2016 and again in 2019.

According to a Valley Metro report, bicycle and pedestrian accidents decreased by 50% in the light rail corridor.

The City of Minneapolis has had a rail system for about the last 16 years. The city has a population of more than 425,000 and approximately 75,000 people use the rail system there daily. The system connects places like the Mall of America and the Minneapolis-St. Paul Airport.

The system currently has 37 stations and is in the process of another expansion, a Metro Transit spokesperson told KVUE.

The METRORail covers nearly 23 miles in Houston, where the population tops at least 2.3 million people. The rail system originally started in 2004, expanding in 2013 and 2015. Construction took nearly three years for the first rail system, a METRO spokesperson told KVUE.

According to a study by the Harris County Appraisal District, property values in Houston increased by 60% to 80% on the rail corridor.

Austin has some catching up to do compared to other cities with more comprehensive transportation programs. In March, Austinites could learn more from CapMetro about the initial project recommendations before a possible ballot initiative in November.