The $4.9B plan to overhaul Interstate 35 through Central Austin is drawing criticism from the City of Austin over safety and its ability to address congestion. 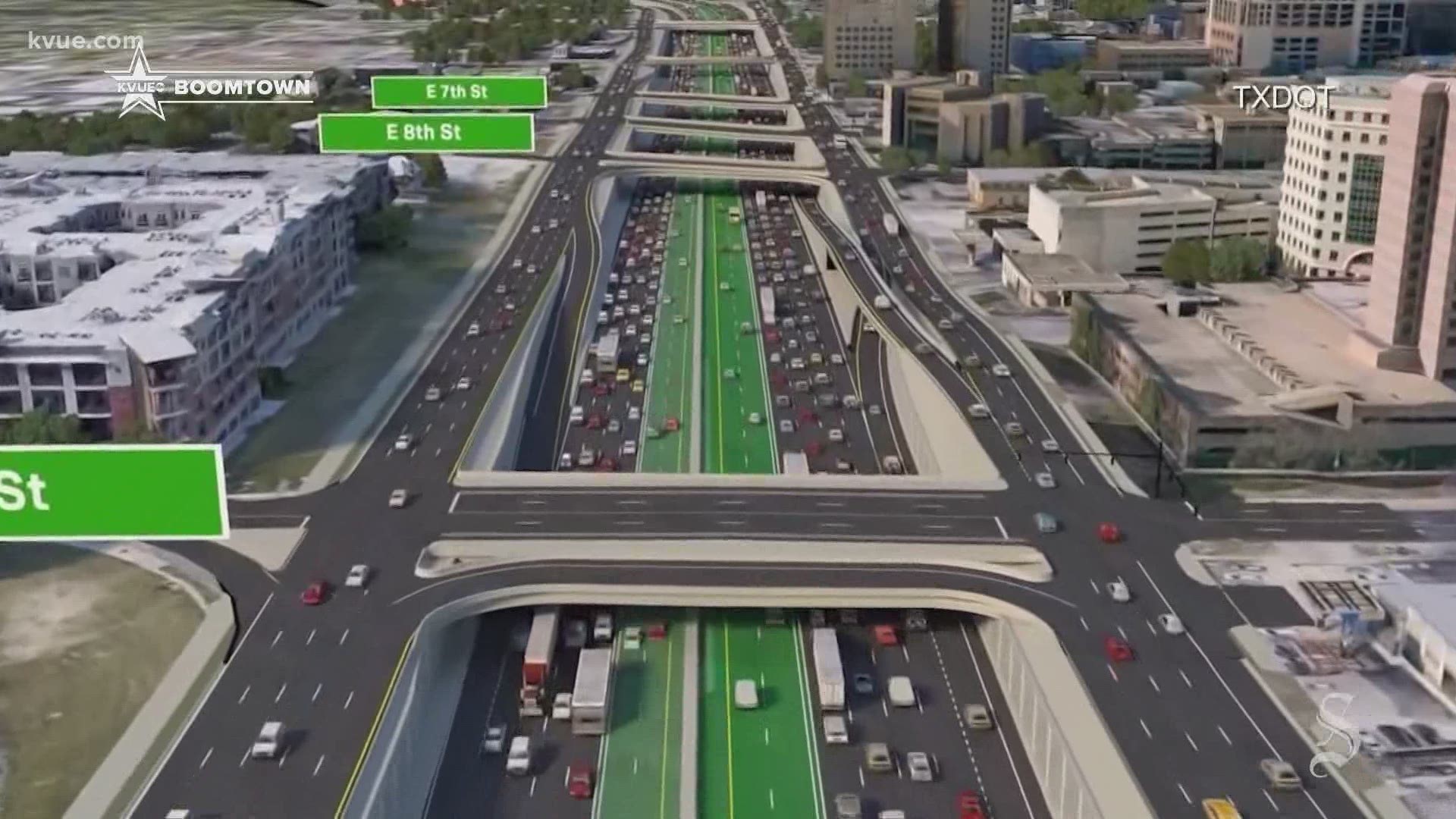 AUSTIN, Texas — As the Texas Department of Transportation (TxDOT) gathers public input on the plan to overhaul Interstate 35 through Central Austin, City leaders are raising concerns about the plan and how it will impact the community.

In a letter to TxDOT, Austin assistant city manager Gina Fiandaca told State officials the current build options “do not sufficiently respond to the needs identified by the City of Austin.”

Specifically, Fiandaca outlined concerns over safety, connecting East and Central Austin, and how well the plan would address congestion in the region.

On Thursday, the city council approved a resolution urging TxDOT to take “positive action” on the City’s comments and directing the city manager’s office to launch an independent public input process on the project.

TxDOT is currently engaged in the second round of public comment on the project through April 9 as part of the National Environmental Policy Act (NEPA) process.

Fiandaca’s letter said TxDOT’s proposal does not meet Austin’s Strategic Mobility Plan, approved by the council in 2019, which addresses the next 20 years of transportation in the capital city. It forecasts that by 2039, 50% of Austinites will drive alone, while the other 50% will use other forms of transportation, such as bikes or transit.

“We understand that we cannot build ourselves out of congestion by expanding unmanaged capacity for single occupancy vehicles,” Fiandaca wrote to state transportation officials. “Instead, we believe we must do everything possible to shift travel demand from driving alone to other forms of transportation.”

Therefore, the City is urging TxDOT to account for things like high-capacity transit or bicycle systems with the expansion project.

Safety is also a top concern for the City. Fiandaca’s letter requested “that safety, especially the reduction in fatalities and serious injuries, be at the top of the State’s agenda when developing this project.”

The letter cites TxDOT crash data, which indicates more than 5,900 crashes were reported on the main lanes of I-35 and frontage roads between October 2015 and October 2020, resulting in at least 30 deaths and 140 serious injuries.

TxDOT has a goal to end traffic fatalities in the Lone Star State by 2050 and reduce them by half by 2035.

Under the current TxDOT design proposals, the upper-decks of I-35 would be removed and the lanes of travel would be lowered through downtown. Two managed lanes in each direction would be added, and TxDOT has said those would be non-tolled for options like carpooling or transit.

But the City wants TxDOT to consider making the new lanes tolled, like TX Loop 1, also known as MoPac Expressway, in order to keep traffic moving and ensure transit stays on schedule, according to Fiandaca’s letter.

Other concerns raised by the City include the following:

“We have to be more strategic. We have to boost transit. We have to consider carbon emissions and climate change, and we have to reconcile I-35's past history as the physical manifestation of segregation in Austin, Texas,” Austin Mayor Pro Tem Natasha Harper-Madison said in an interview with KVUE. “There really needs to be a comprehensive process, that one of the most critical components of the conversation is what the community contributes. I-35 is aging, and something needs to be done to make it safer, to repair the physical scar that it represents for our city.”

In response to the City's concerns, TxDOT shared the following statement:

"We appreciate the City of Austin and all public comments regarding our I-35 Capital Express Central project. We will continue to work closely with the city, as we have for the past several years, to make this project a success for everyone involved."

The City’s added pressure on the State comes after the U.S. Department of Transportation asked TxDOT to hold off on moving forward with the expansion of I-45.

“We have seen from Houston’s experience on the I-45 replacement project, that late coordination by the City and lack of independent public engagement has led to unsatisfactory ... outcomes for many parties, threatening the project timelines. We seek to avoid similar delays here in Central Texas and so along with the engineering effort to deliver lidding parameters, we will launch an appropriate public outreach process to help collect input on the City’s role on the project,” Fiandaca wrote to TxDOT.

Casar’s district, which is cut in half by I-35, has day-to-day impacts because of the highway, he wrote in a March 23 letter to the State.

“I cannot support a project that conflicts with the City’s connectivity goals and that could widen the highway unnecessarily without addressing the real traffic needs inside the city,” Casar wrote. “We know from experience, in Texas city after city, that a simple addition of lanes will not fix our traffic woes. A more-connected, safe and accessible Austin is possible, but that vision for our capital city could be severely harmed for generations if we make the wrong decisions on I-35.”

TxDOT has said the environmental approval process will take through 2023 and construction is not expected to start until 2025.

You can weigh in on the project here.