One broker said homebuyers pay between 20% to 30% above the asking price in the Austin metro area. 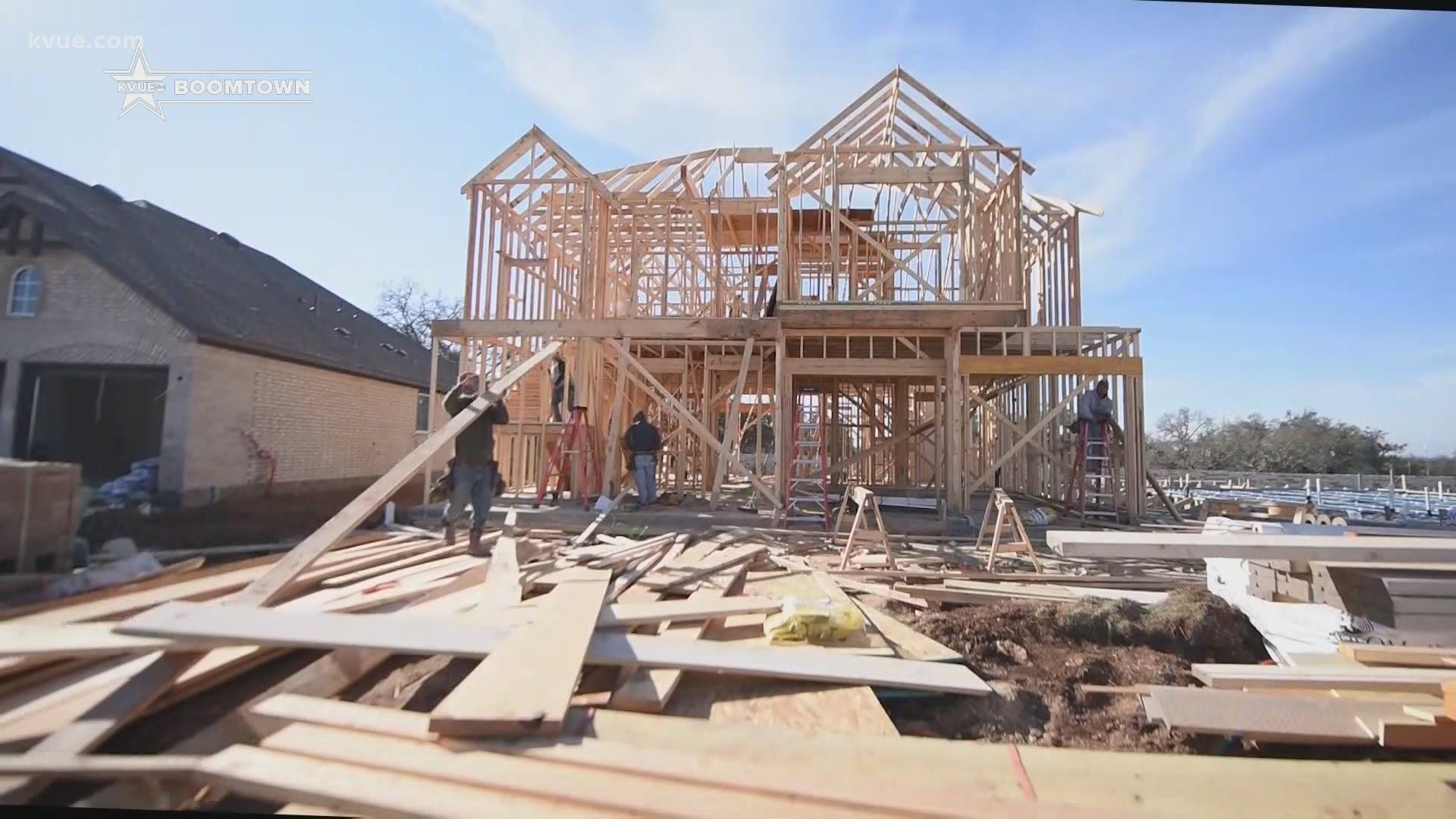 AUSTIN, Texas — Boomtown is KVUE's in-depth look at the rapid growth in Central Texas. One of the best examples of that growth is the Austin area's red-hot housing market.

Now the market is getting even more attention thanks to Elon Musk. He took to Twitter Sunday, saying there is an "urgent need to build more housing in greater Austin area!"

"He is right. We do need more housing in the greater Austin area. It would be awesome if we could snap our finger or wave a wand and then all of the housing is there. But housing takes time," Chatmon-Thomas said.

Chatmon-Thomas is the owner of Elegant Estates By Auction. She said houses in the Austin area can't be built fast enough.

She also said homes are being built in areas near the Tesla Gigafactory, like Del Valle, a community that sits about six miles from the $1.1 billion manufacturing facility on State Highway 130 and Harold Green Road.

But the pandemic disrupted the supply chain and that delayed the construction process.

"There's a backlog of permitting. A lot of builders are limiting the number of houses that their on-site sales agents can sell. People are being told if they go under contract today that they're not going to be finished with their house until February," she said.

That's for new houses. Chatmon-Thomas said there's less than a month's worth of existing housing inventory.

If you're trying to buy a house, multiple offers are common. Chatmon-Thomas has seen it go as high as 96 offers.

WATCH: Housing market in Austin: The state of the inventory and tips for homebuyers

According to the Austin Board of Realtors, in February of this year, the median sales price in Travis County – which includes Del Valle – was $470,000. That's up 25% from last year.

Chatmon-Thomas said since the Gigafactory is off State Highway 130, it's a straight shot to Pflugerville, Round Rock, Manor, Elgin, Kyle and Buda.

But she warned that pricing is still the same for the entire Austin metro.

Nothing, unless you're the one shelling out all that money.