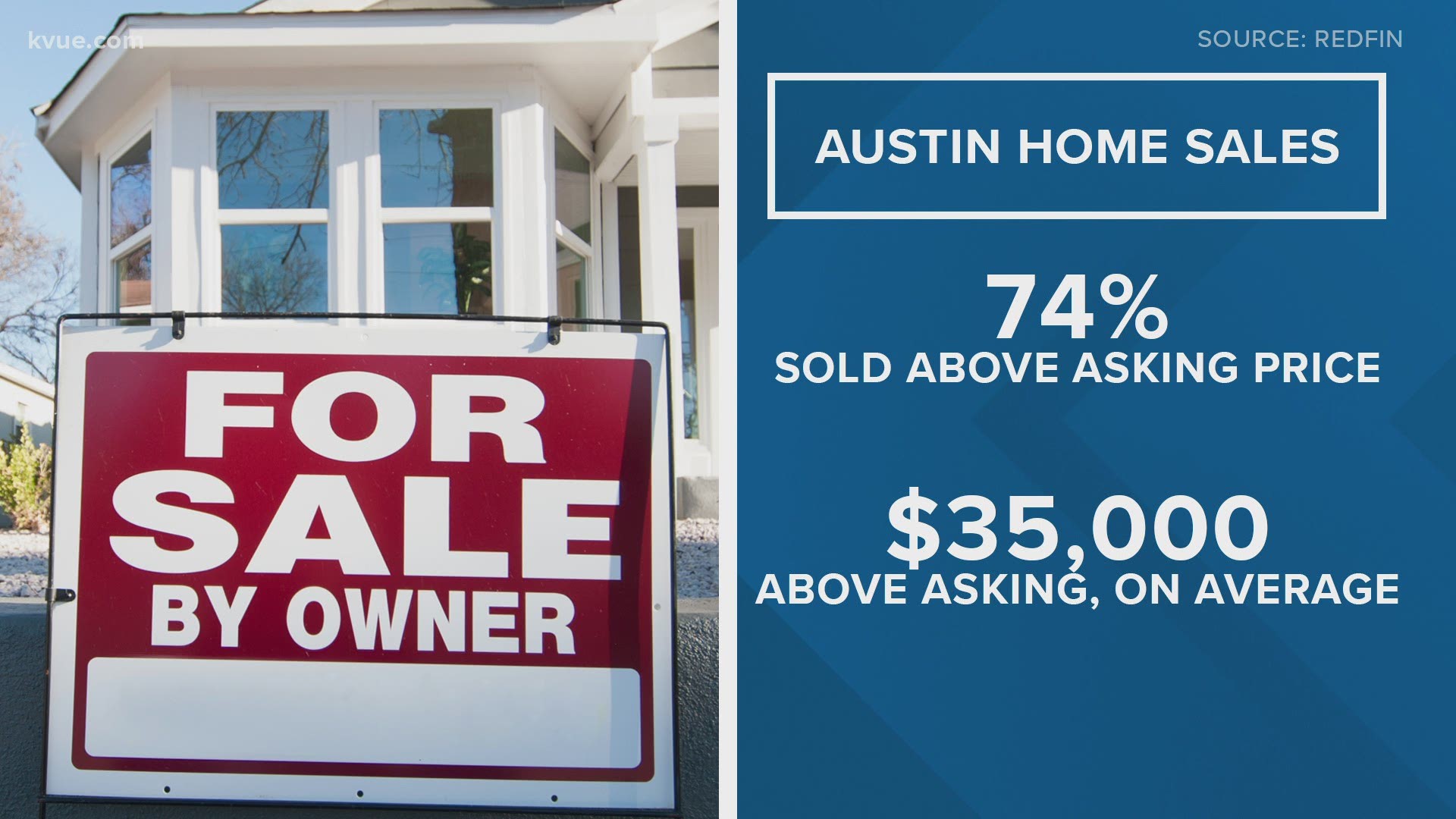 AUSTIN, Texas — Austin's red-hot housing market has been all over the headlines recently, and one new report's staggering statistics show just how difficult it is to buy a home in the capital of Texas.

In April, the typical home sold for $35,000 above the asking price.

These numbers likely aren't surprising to you.

In March, KVUE reported that Austin-area homes are selling for the most above asking price compared to the rest of the U.S. A report in April found the Austin-Round Rock area is the No. 2 emerging housing market in the U.S.

Austin's current housing market is so intense that one Austin realtor started a series of TikTok videos to shed light on the hectic state of affairs.