Homes in March were selling for nearly 40% more than last year – the median price hitting an all-time high of $425,000. 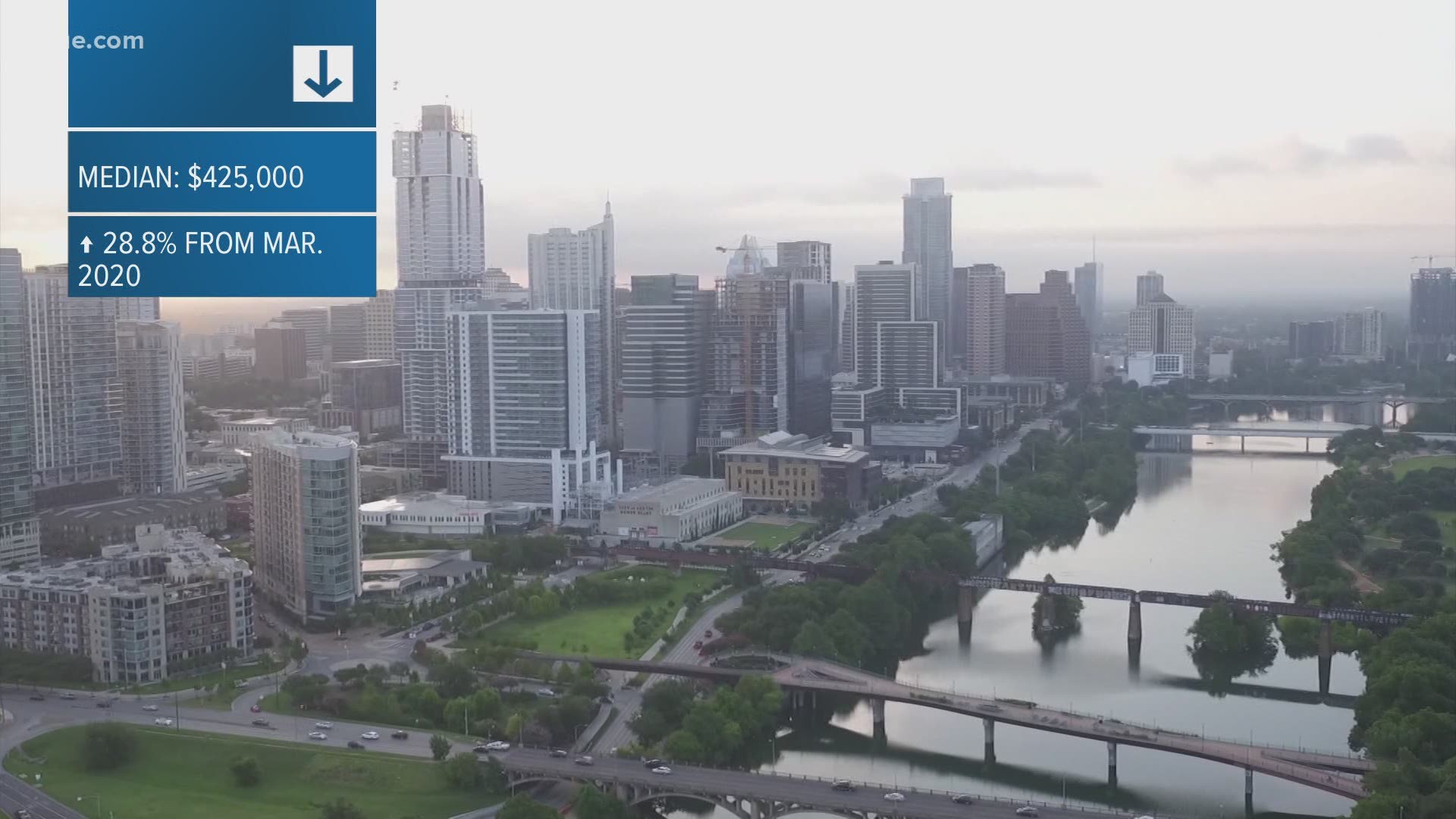 AUSTIN, Texas — Austin's housing market continues to be red hot, despite being on a collision course with an affordability crisis.

New numbers from the Austin Board of REALTORS (ABoR) find any sales lost in February due to the ice storms were made up in March, increasing more than 13% compared to the same time last year.

At the same time, active listings plummeted 78%, with housing inventory at a record low of 0.4 months of inventory – 1.4 fewer months than in March 2020.

Homes were also selling for nearly 40% more – the median price hitting an all-time high of $425,000 and sitting on the market for just a fraction of the time, selling on average in just 26 days.

“The Austin-Round Rock MSA is one of the fastest growing in the country – people want to live here, and job creators see opportunity to be successful here,” Susan Horton, 2021 ABoR president, said. “Austin is investing in infrastructure and businesses are working to harness this growth and opportunity, but with opportunity comes challenges. Our housing market is undergoing growing pains and creating a paradox – affordable from the outside looking in, but increasingly unaffordable for those who already call Austin home. While more homes are selling than ever before, it’s more and more difficult to find one.”

"While Austin leads the state in home price growth, this trend is also happening in Houston, Dallas-Fort Worth and San Antonio due to high demand and limited housing supply," he said. “For a market that has experienced several decades of strong population and employment growth, significant gains in both sales activity and housing costs across the region are to be expected as Austin expands into a large metropolitan area.”

By national standards, he said, Austin real estate is still “a bargain.”

“Compared to similarly competitive markets in cities like Denver and Atlanta, which are also experiencing rapid population and home price growth, Austin is coming from a stronger position in terms of affordability,” said Gaines. “There is a reason so many transplants, especially from the east and west coasts, are coming to Austin; they can buy more house for their money than what they could in the cities they are leaving behind.”

No charges for officer who shot Ashli Babbitt during Capitol riot