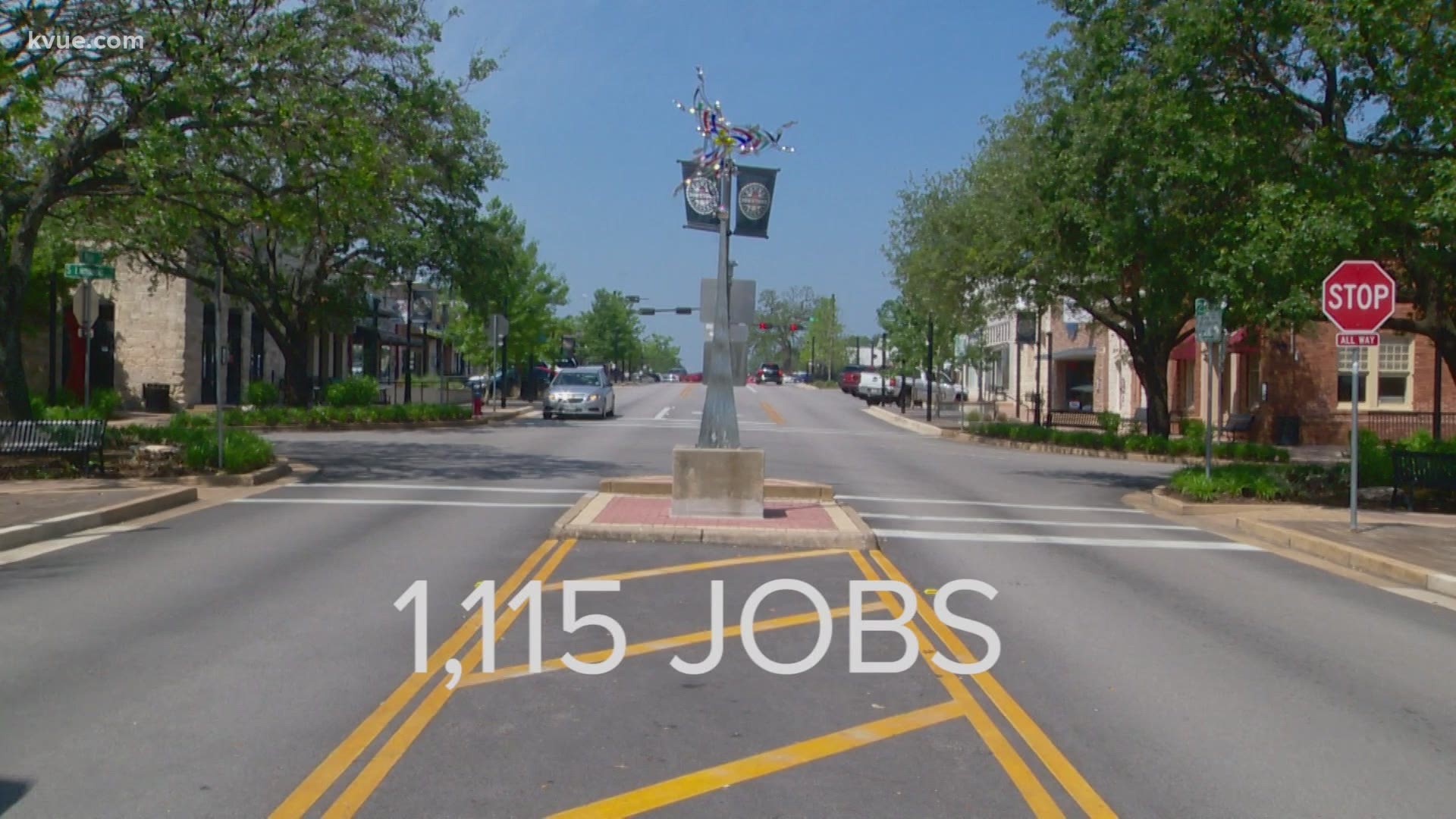 AUSTIN, Texas — Usually when people talk about the growth in Central Texas, all eyes turn toward Austin, a place quickly becoming the new tech giant in the U.S.

Just a quick 20 miles up the road, though, is a city experiencing a boom of its own: Round Rock.

In the past decade, Round Rock has attracted all sorts of companies from technology to tourism. Round Rock Chamber of Commerce President Jason Ball said this growth took off back in the 1990s when Dell Technologies moved there. The company now employs 13,000 people.

"Along with Dell growing at that rate, this whole community has seen that kind of explosive growth for several decades," Ball said.

It is also where hundreds of businesses both small and large are located, including Dell Diamond, home of the Round Rock Express minor league baseball team, and Kalahari Resorts, which has the biggest indoor water park in the U.S.

Owners of small businesses, such as Sabin Shrestha of Mi Mundo Coffee House and Roastery, told KVUE they are feeling the boom too.

"Apple ... Tesla ... all these companies are moving in, and we were able to get in before all that news came out," Shrestha said.

Shrestha hit a bump in the road just a month after opening in February 2020 because of COVID-19, but he and his wife persevered through. Now, Shrestha says they are starting to feel the economic vitality he expected to find in Round Rock.

"That gets you more excited about having, you know, your foot in the door already here," Shrestha said.

There are a few big reasons why businesses and people want to relocate here. Ball said the biggest reason was having Austin next door.

"I also know their workforce has to want to live in or near the city where they locate and that has really been the secret to Round Rock's success," Ball said.

RELATED: Round Rock Express is ready for season opener

While monetary incentives do attract businesses to cities, Ball does not believe this is the main reason why owners are picking Round Rock over nearby suburbs.

"They want to plug into the community and make it feel like a home for that business," Ball said.

In the past few years, Round Rock has invested resources into the downtown and city-wide infrastructure, primary and secondary school systems, and community support programs and partnerships.

Even a pandemic could not stop the City's growth.

In 2020 alone, the chamber welcomed seven new businesses that brought in more than 1,100 jobs and $46 million in capital investment to the community.

The housing boom is in full force, too.

According to the Austin Board of Realtors, home prices in the Austin-Round Rock metro area are up almost 305 compared to this time in 2020, with the average home priced at $425,000.

While many cities look forward to this rapid growth, it also comes with its challenges.

"Certainly the ability for our community to grow and provide services and infrastructure is going to be a challenge that's going to take investment from cities," Ball said.

The cost of living is on the rise, making it unaffordable for current residents who could face home valuations and future Central Texas residents who may have trouble affording a home in this area.

RELATED: 'Do we want to shrink our office space?' | COVID-19 effect on Austin office spaces

Shrestha said that trickles down to his business. He has a tough time hiring employees because while he said he pays well, it is not enough to afford the cost of living here.

"We feel excited that more people are coming here, but we also feel a bit concerned," Shrestha added.

City leaders are aware of these concerns and they are consistently trying to plan out solutions that will manage this growth going forward, Ball said.

Many cities across the nation are experiencing similar booms, while other more "rural" towns are seeing their populations dwindle.

Ball believes managing rapid growth is the better problem to have as more people plant roots in Round Rock.