Austin ranks near the top of major cities when it comes to relative job growth during the pandemic. 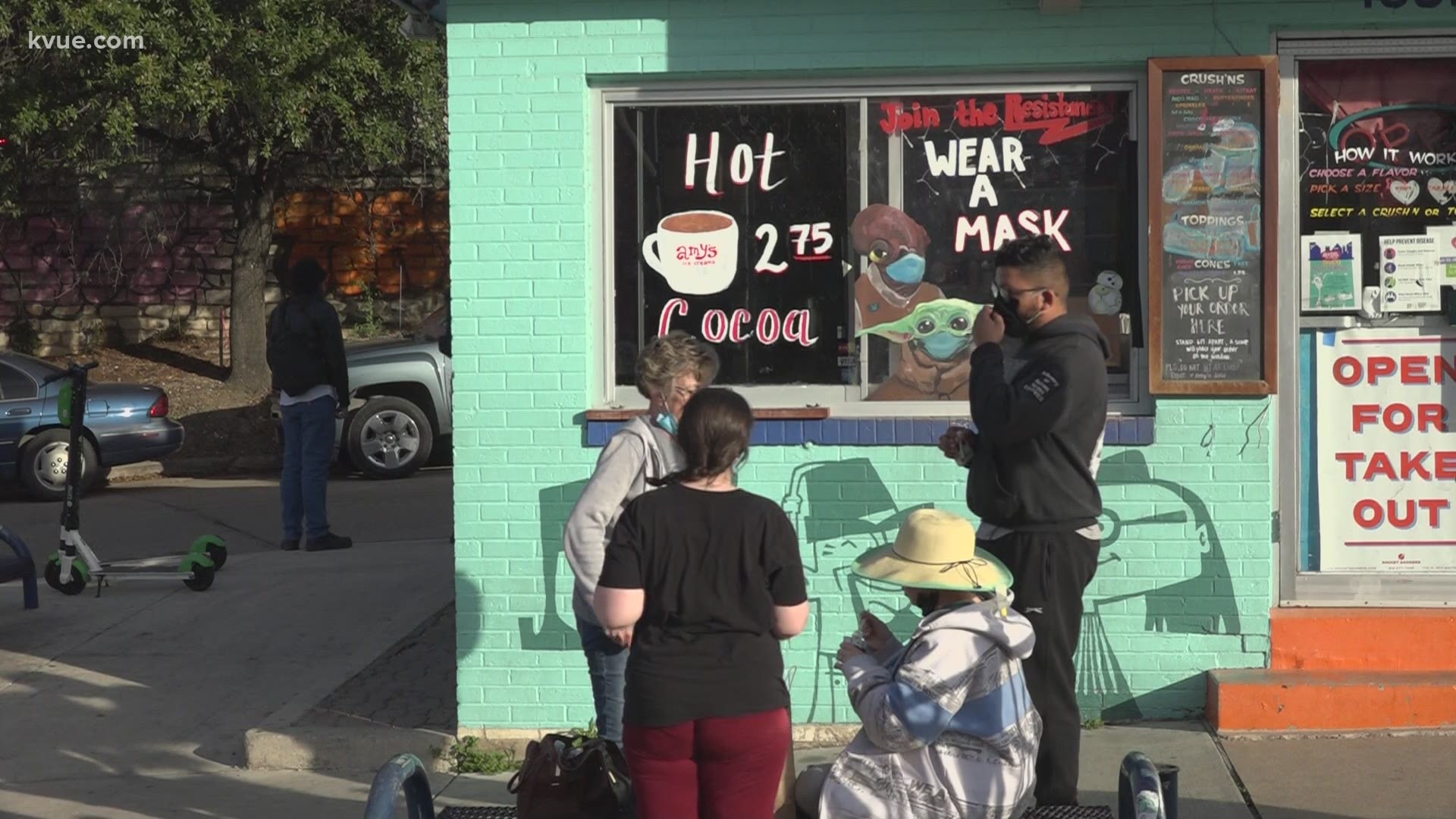 AUSTIN, Texas — Despite the pandemic forcing job losses across the country, many metro areas have relatively bounced back.

According to a report released by the Austin Chamber of Commerce on Tuesday, Austin ranks near the top of metro areas that have lost the least amount of jobs during the pandemic.

Economic experts in Austin say they're not surprised by this.

"A lot of the jobs have come back now where you'll see Austin is doing better than than most areas of Texas," James Bernsen, a spokesperson for Texas Workforce Commission, said.

According to data from the U.S. Bureau of Labor Statistics, Austin lost 1% of jobs between December 2019 and December 2020. However, specific industries saw more growth while others saw a sharp drop-off.

Good news for Texas as we work through the pandemic-induced recession--Out of 50 best performing top metros in US in terms of job loss, Texas had 4 in the top ten, with Austin at #3 overall! https://t.co/JhxZVKs3xi @AustinChamber #txlege pic.twitter.com/2zZCYeO59w

"What we had pre-COVID was a what we call a skills mismatch, so we had companies with jobs to fill, and the people that were looking for jobs didn't have the skills needed for those jobs," Dr. Gretchen Riehl, the associate vice president for Workforce Education at Austin Community College, said.

RELATED: Unemployment taxes are due | Expect a form to arrive in the mail

According to the Chamber report, manufacturing, construction, business and financial services carried the Austin economy through that time. Industries like entertainment, hospitality and the service industry suffered the most losses.

"This is a skills game when you have the skills to compete for the jobs that are still driving our economy. That's where we see a lot of opportunity and hope," Tamara Atkinson, the CEO of WorkForce Solutions Capital Area, said. "It gives me a lot of hope. It also gives me a little bit of pause, because as I look at the workers in our community, I think that there are pockets of workers who don't yet have the skills to be able to compete for those really good jobs."

The job losses hit hardest back in April 2020 and started to slowly recover. Austin has not yet hit the unemployment rate it had before the pandemic set in. Currently, the city sits at 5.7%. According to the Austin Chamber, that's the best of all metros in Texas. Riehl believes people who are still unemployed could soon be going back to school to learn new skills and get new jobs in different industries.

"Typically, when you have an economic downturn, community college enrollments go up. We haven't seen that," Riehl said.

All three believe the industries carrying Austin through the pandemic will continue to do so even after it's over because the city is growing so quickly.

'Dr. Dodson was a hero.' | Friends and coworkers remember victim of hostage shooting at pediatrician's office