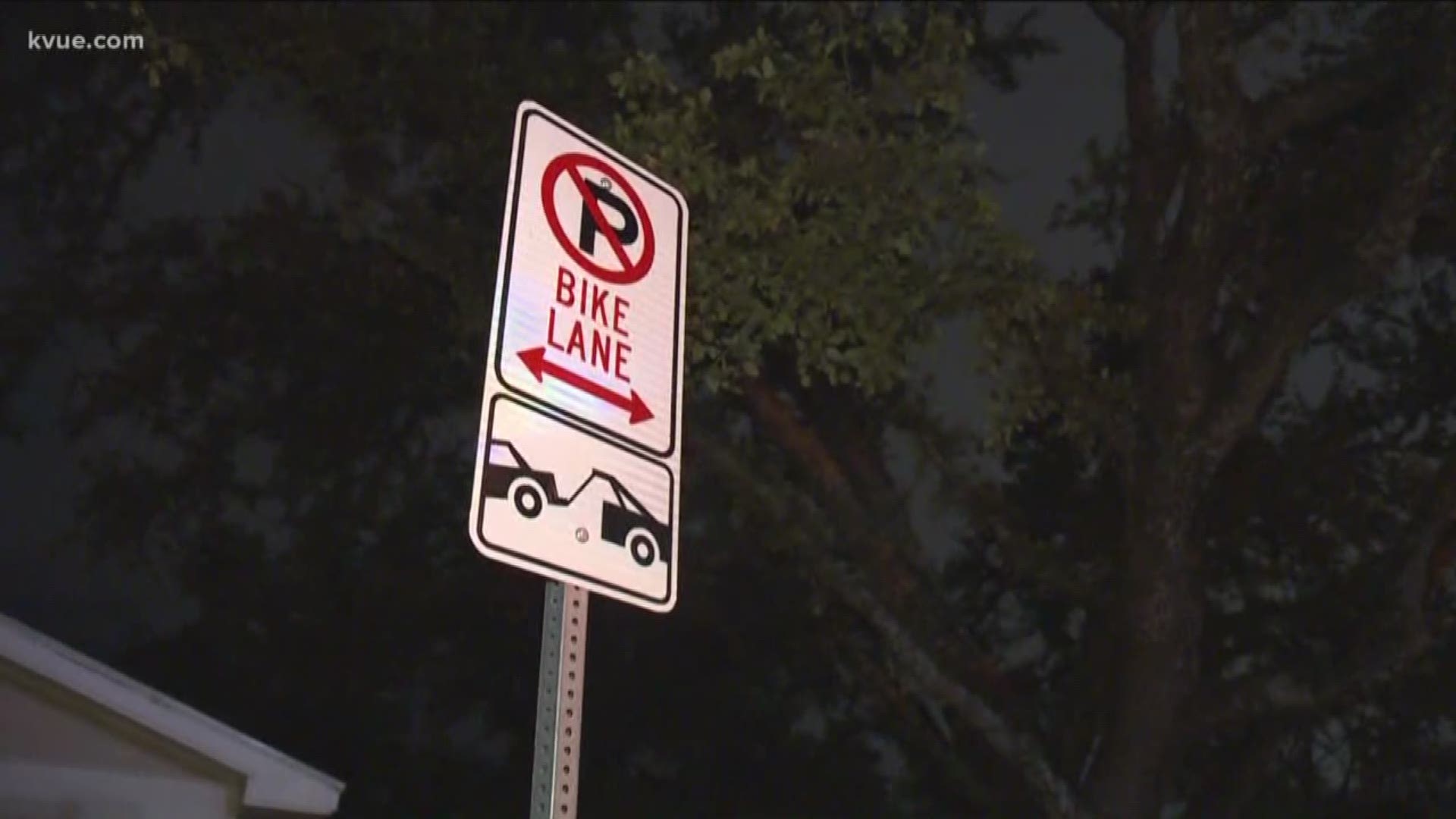 “Parking in a bike-only lane compels cyclists to enter general travel lanes, which greatly increases the chances of a deadly or serious crash,” said Robert Spillar, the director of Austin Transportation. “Keeping our bike lanes clear makes our streets safer for both cyclists and motorists alike.”

Fines for obstructing a bike-only lane can be up to $300 and the cost to redeem a towed vehicle the same day of impoundment is around $193, the City said.

For those looking to report illegally parked vehicles, Austin Transportation has included a new reporting tool in the City’s 3-1-1 mobile app that allows individuals to quickly and easily report vehicles blocking bike lanes.

"We're really pushing on ticketing and towing those vehicles that are in violation," said Jason Redfern with the transportation department. "We're ramping up our enforcement activities – we want to create safe system for people to use our bike system to get to and from work."

In mid-December, the department changed how it tracked parking in bike lanes. A transportation department spokesperson told KVUE the new enforcement will also apply to delivery trucks that are temporarily parked blocking bike lanes.

The City press release sent on Monday stated "the move to dedicate parking officers to bike lane enforcement is aligned with Vision Zero, which seeks to achieve zero traffic-related fatalities and serious injuries on Austin roadways."

In September 2019, the KVUE Defenders reported that Vision Zero would not likely be accomplished by 2025. In the report, Austin's city auditor found three areas for the transportation department to improve the "Vision Zero Action Plan" results.