The City's Parks and Recreation Department says the sculpture has to either change or move as it violates the Capitol View Corridor regulation. 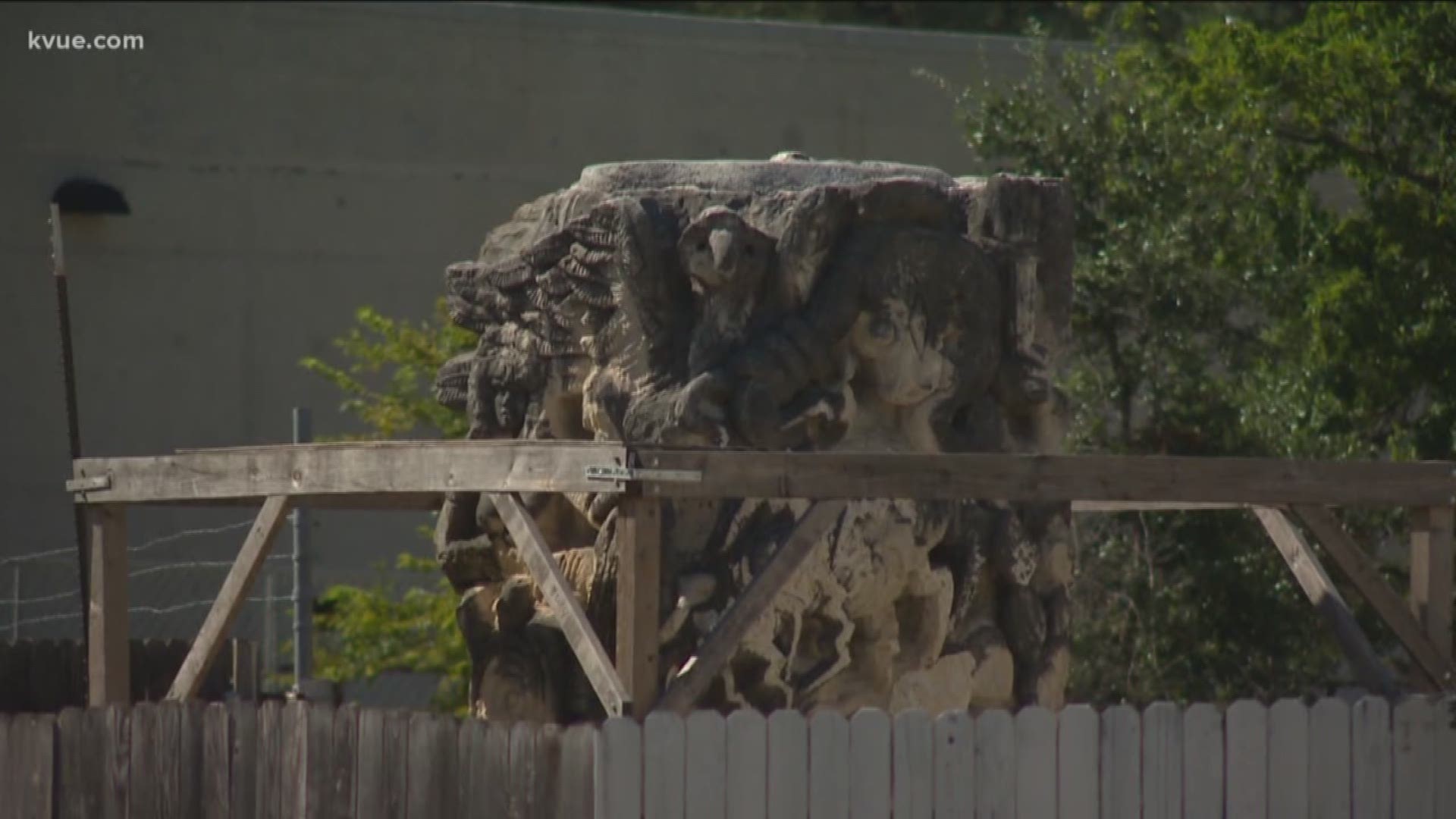 AUSTIN, Texas — Today from a distance, its tough to see. But for decades, Chicano Rock has sat on the southeast corner of Waterloo Park in Austin.

The sculpture was hand-carved by Chicano artist David Santos and other members of the League of United Chicano Artists. It was put in the park in 1989.

"It's kind of like Plymouth Rock for the Chicanos," said Santos, a LUCHA Heritage Artist and one of the artists for Chicano Rock.

"That's where it was when nothing was there," said Ramon Maldonado, one of the artists involved in making Chicano Rock and a veteran artist for Arte Texas.

For the past few years, Waterloo Park has been going through a huge makeover. The limestone sculpture is mostly blocked from public view as it is surrounded by construction of the redevelopment.

In a memo from Austin's Parks and Recreation Department, it says when the sculpture was first installed in Waterloo Park, "it does not appear that the City’s formal review process was followed, nor were required permits obtained."

The memo also says Austin's Parks and Recreation and the Waller Creek Conservancy were made aware the sculpture violated the Capitol View Corridor regulation by about 2.5 feet.

The memo reads, "In order to be in compliance with State statute and City code, the sculpture must be removed or lowered."

The memo says the Parks Department would fund all of the options.

But it also says if Santos doesn't select any of the options, "the City will proceed with removing Chicano Rock without his consent. In this scenario, in order to maintain PARD’s compliance, the sculpture will be moved to an off-site PARD storage facility until Sept. 30, 2020, pending further future determination."

So Santos came up with a fourth proposition: keep the sculpture the way it is, and move it right across the street on the median where 12th and Red River streets meet.

"We want to clear that corner as a cultural heritage corner, not new, urbanist, modernist park with too much concrete," said Santos.

Anthony Segura, the assistant director of the City's Parks and Recreation Department, says he's aware of this fourth proposal and that it's on the table for consideration.

"If he decides the fourth option, which is to locate it to the median, then he will not have to reduce the height at all," Segura told KVUE over the phone. "The City of Austin definitely recognizes the historical context in nature to Chicano Rock and so we’re trying to make sure we come up with an amicable solution."

For the artists and some Austinites, they say it represents some of Austin's cultural identity.

"We just want to preserve the cultural heritage of our artists and our people," said Maldonado.

"It doesn't only entail the artists who designed and created the piece but also the community," said Delia Meyer, who is a former board of directors member for the Mexican Cultural Center. "We want these pieces to remain intact."

Segura says they hope to know what option to move forward with by Aug. 14.