Here in Austin, construction on a new $1 billion campus is underway. 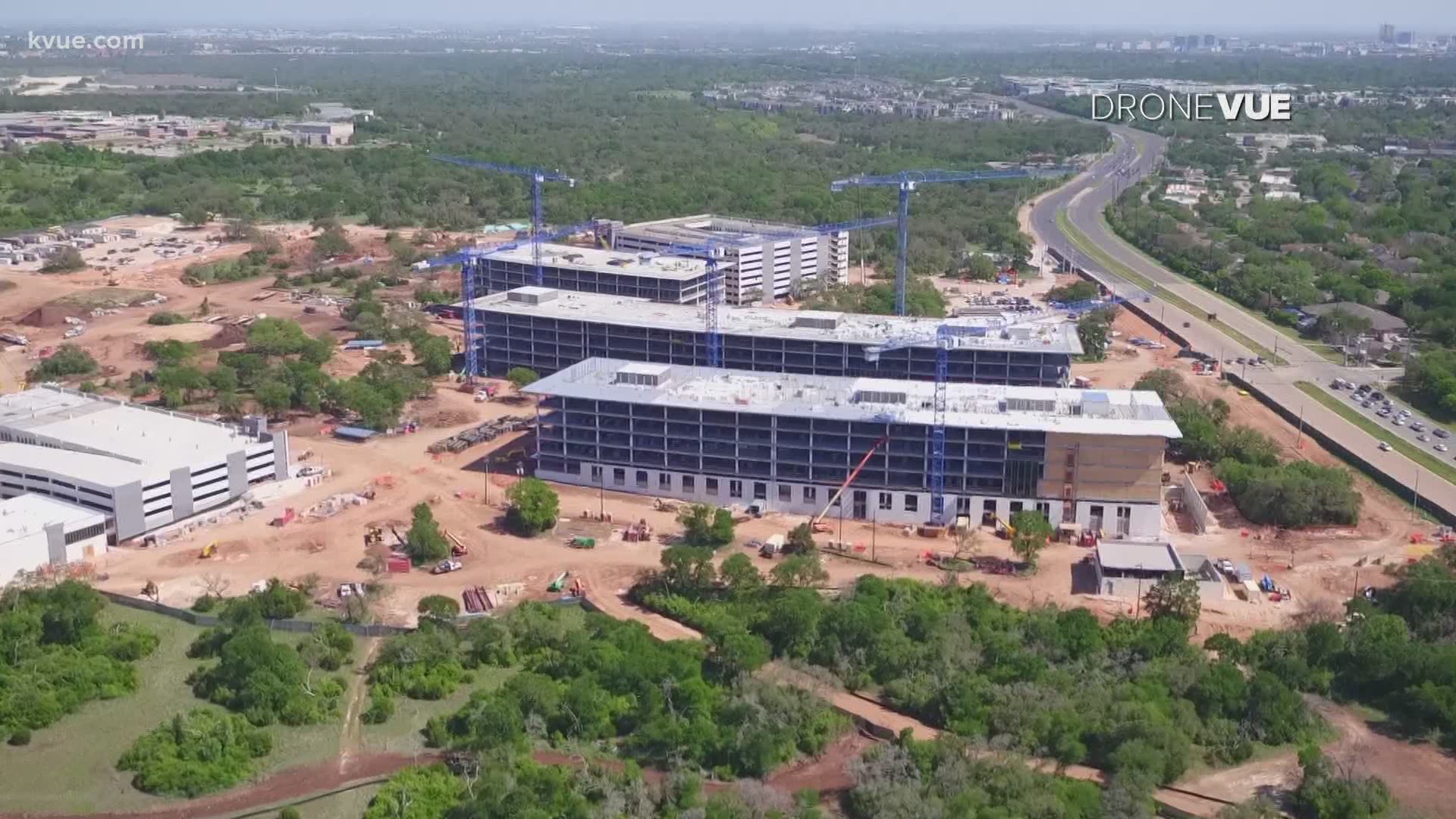 AUSTIN, Texas — On Monday, Apple announced that it will be committing to a $430 billion investment across the U.S. over the next five years. Along with that investment comes 20,000 new jobs.

Here in Austin, construction is already underway for a $1 billion campus, which employees are expected to start moving into next year.

"It’s been over 25 years since Apple opened its first office in Austin, and we are thrilled to be deepening our partnership with the city and people here," an Apple spokesperson told KVUE.

Texas is one of nine states that will be benefiting from the multi-billion-dollar investment in silicon engineering and 5G technology. Apple says these two fields are pivotal in shaping the future of next-generation consumer electronics.

“At this moment of recovery and rebuilding, Apple is doubling down on our commitment to US innovation and manufacturing with a generational investment reaching communities across all 50 states,” said Tim Cook, Apple’s CEO. "We’re creating jobs in cutting-edge fields – from 5G to silicon engineering to artificial intelligence – investing in the next generation of innovative new businesses, and in all our work, building toward a greener and more equitable future.”

Apple will specifically be investing $1 billion in North Carolina, where it plans to open another new campus and engineering hub in the Research Triangle area. It's also planning to expand in Colorado, Massachusetts, Washington, New York and Southern California, in addition to Texas.