An affordable senior housing complex is coming to Round Rock

It'll have 157 units for rent and the developer hopes to have it break ground in the spring of 2020 and completed by the summer of 2021. 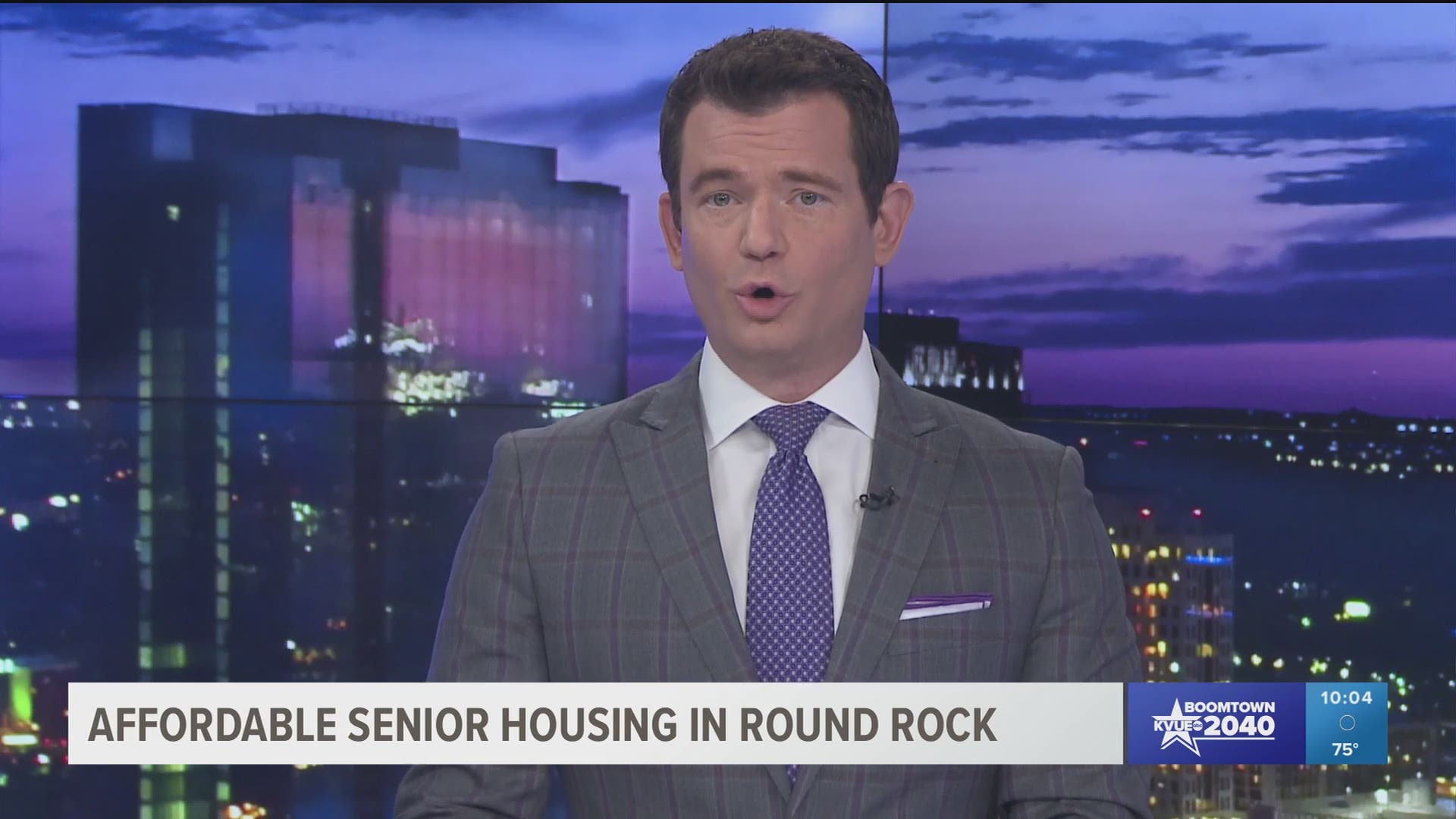 AUSTIN, Texas — Round Rock is trying to fill a growing niche in our area – affordable housing for older Texans. That doesn't mean assisted living, but something for people who are widowed, early on in retirement or just don't want to maintain a house anymore.

Back in May, the Round Rock City Council approved a development agreement with Cornerstone Associates, an Omaha-based firm, to build an affordable senior housing complex. It'll be located at 1001 University Blvd. in Round Rock.

"What we're finding is a lot of the seniors ... they're wanting to retire, sell their homes, move into something that has very little if any maintenance," said Bobbi Lucas, the president of Cornerstone Associates. "If there isn't affordable housing for them to remain in the community, they're going to have to move away from some place they've lived at for a very long time."

While Cornerstone said this complex is a step in the right direction, there's a greater need for more affordable senior housing.

KVUE spoke to people at the Allen R. Baca Center, a senior and community activities center in Round Rock. Ken Morgan was playing billiards in the Baca Center.

"So many people have moved here because of the affordability, and then it's become less and less affordable," said Morgan. "Those of us who have either a limited career left or limited income because of retirement, it's tough to find some place that you could afford to make a mortgage payment, and afford a decent lifestyle too."

He also said there are many people who simply don't want to keep up with the yard or house anymore as they get older, and are trying to downsize.

"I gotta tell ya, 110 degrees, 108 degrees – getting out there mowing lawns and keeping the yard and all that stuff, at some point you say, 'How long do I wanna do that,'" said Morgan.

The supervisor of the Baca Center, Kelly Gaydos, agrees.

"Complexes where all those things are taken care of are extremely important," said Gaydos. "I definitely believe that there's a demand and I think that demand will continue to increase."