The campus is located off of I-35 and Old Settlers Boulevard. 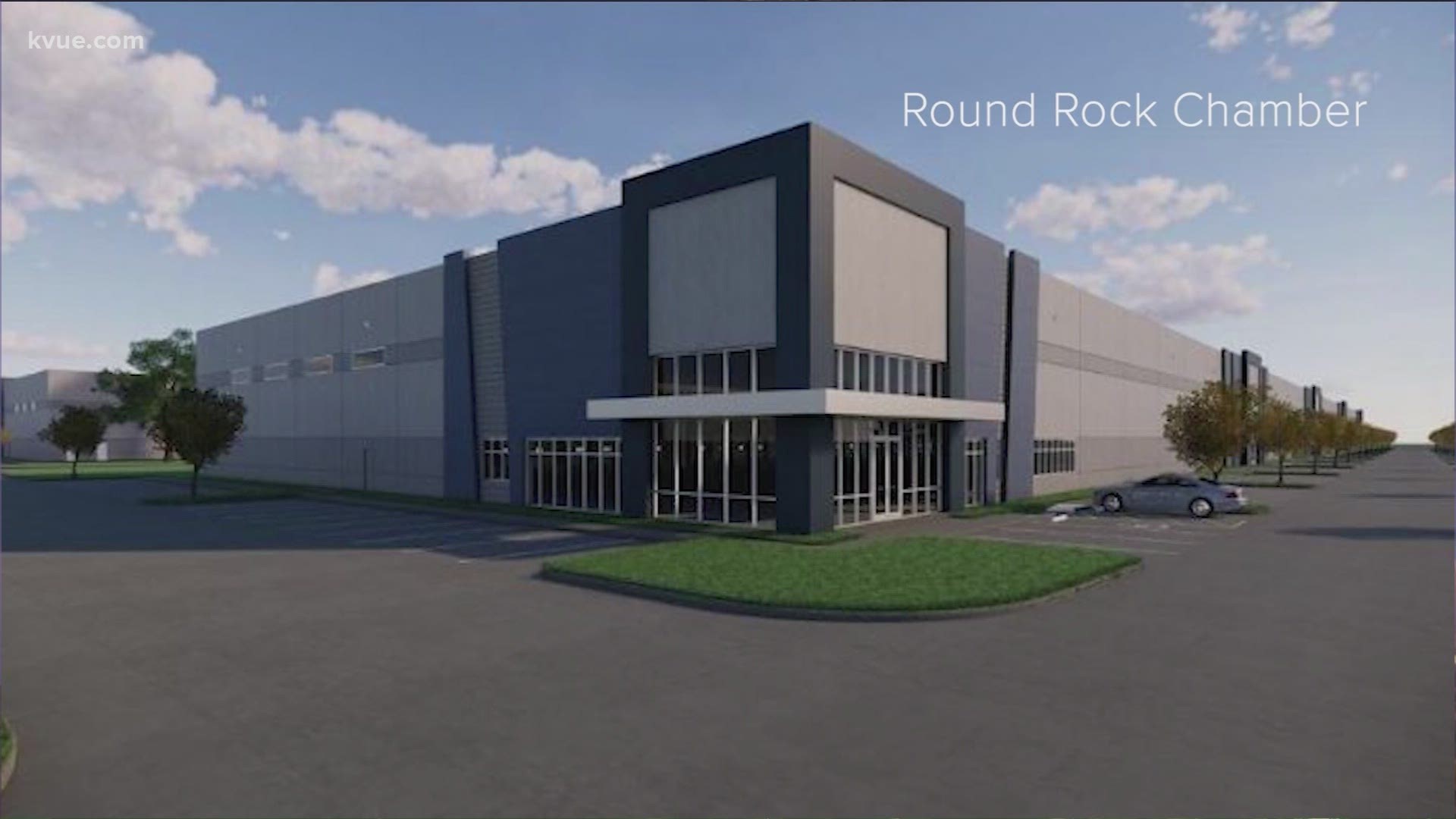 ROUND ROCK, Texas — The Round Rock Chamber confirmed on June 10 that Amazon is opening a delivery station in the city.

The 32-acre site is currently under construction at the Chisholm Trade Center located near Interstate Highway 35 and Old Settlers Boulevard.

The site has three buildings. The largest of the three will be used to house Amazon's delivery operations while the other two buildings will be used for parking for employees and delivery drivers.

According to the chamber, hundreds of local jobs are expected to come from the delivery station.

“We are thrilled to welcome Amazon to the community and pleased to support this project,” said Jason Ball, the chamber’s president and CEO. “At a time when so many are experiencing uncertainty with job security, we could not be happier to see more jobs created in our region.”

The full announcement can be read on the Round Rock Chamber's website.

On Thursday, Ball spoke with KVUE about the continued growth of Round Rock's development, despite the COVID-19 pandemic still happening.

“If you look at the experience of the Austin metro post-the 2008-2009 economic downturn when people were saying, ‘Whoa, we’re having some real national problems,' this economy [the Central Texas area] grew right through it," Ball said. "In fact, it was pain in the other parts of the United States that drove more people to seek jobs here or to maybe move their companies here, and that is what we’re predicting this is going to look like.”

Ball also credited the grant programs Wilco Forward and Round Rock Cares, for keeping businesses in the area alive.