The structure itself will look the same for the most part, which was important to the organization moving in. 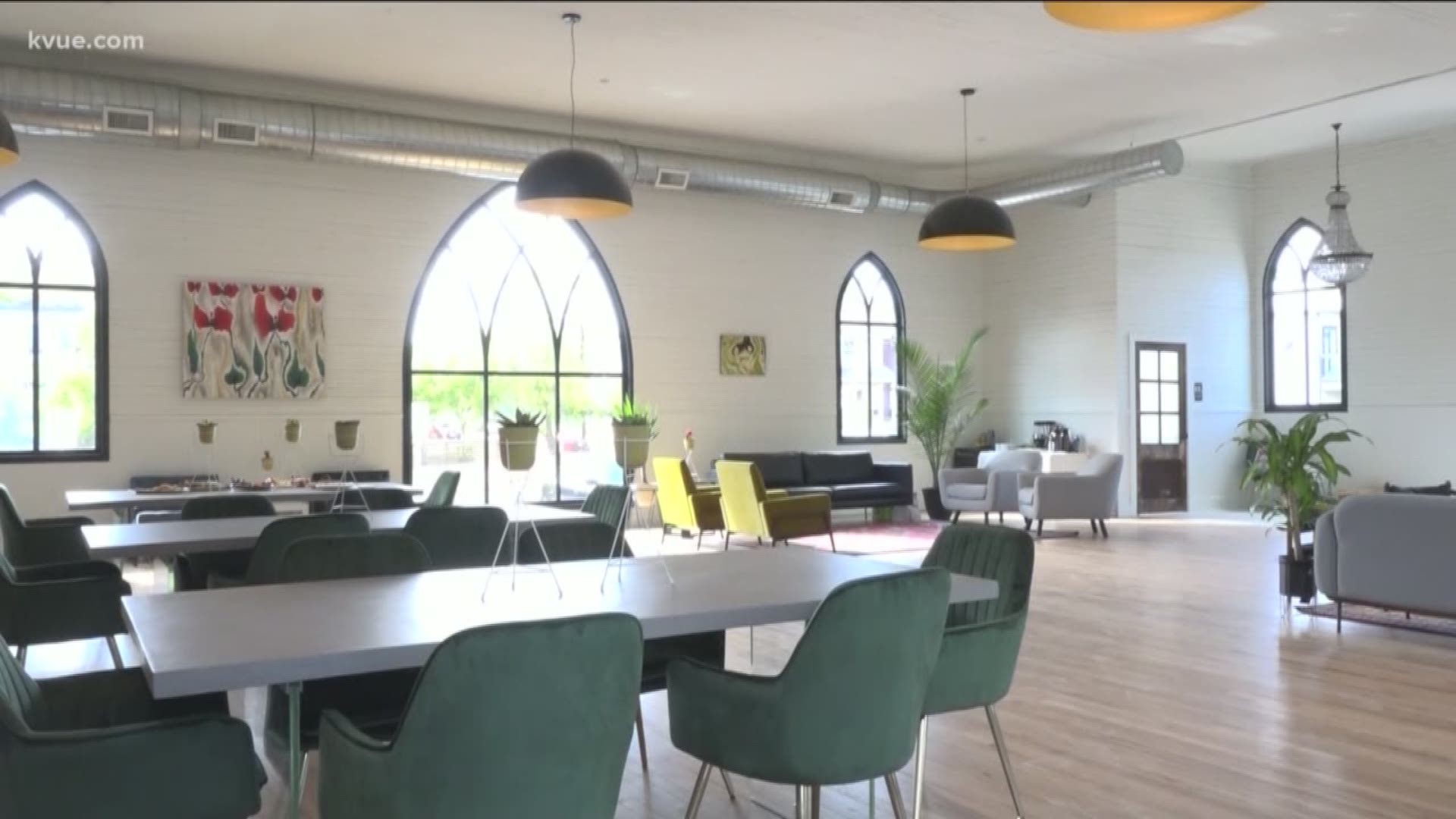 AUSTIN, Texas — When the New Hope Missionary Baptist Church moved out of its East Austin location that was built in the 1930s, it was because it needed more space.

"There's a lot of co-working space in Austin, but nothing really specific for creatives and artists," said Ceniceros.

So, when Ceniceros was looking around for a new space for artists to call home, she thought the recently refurbished church was the perfect spot.

"We needed a space to grow what we were doing," said Ceniceros. "We felt like this was a perfect space for us."

Now, Ceniceros – along with her organization – is opening up The Cathedral at the church.

It's a co-working space that focuses on artists and local entrepreneurs.

“We want our artists to be able to get to a place where they can really be self-serving entrepreneurs in their community and with their craft," said Kelley Cervenka, Marketing and Member Relations Manager for both atxGALS and The Cathedral. “We kept the beauty of the space."

Aside from touching up the outside and some renovations and new furniture on the inside, the goal is to have the building look the same. Ceniceros and Cervenka said its important to keep the East Austin history alive.

“The floor is original ... the top half of the walls are original," said Cervenka. “Just wanted to make sure that East Austin like stayed kind of having its historical value there."

“We’re supporting local artists, local entrepreneurs and we’re building a community around it and we are able to keep the original structure of the building," said Ceniceros.

The space is three floors, including the basement. There will be co-working common areas, a kitchen, private studios and more.

The private studios and other parts of the building are still being worked on, but the finished area is where a launch party is happening on Saturday, Oct. 26.