AUSTIN, Texas — More change is coming to the downtown area and this time it's going to help fund health care for low-income families in Travis County.

The University Medical Center Brackenridge campus is making way for its first big development since the 1980s. The hospital closed in 2017 and now the 14-acre property is being redeveloped.

A new 17-story building is going to anchor what the University of Texas is calling an innovation district. The building is eight stories taller than the Brackenridge Tower that's still standing.

The glass building is going up on the corner of 15th and Red River Street next to a parking garage. It's the first addition to Brackenridge property. UT is leasing the building from Central Health through the 2033 Higher Education Development Foundation, a nonprofit created to benefit UT.

A university spokesperson said the space will be partially used for its Dell Medical School and the rest will be rented out to health-related organizations and companies.

The building is replacing a three-story office building. There's already fencing around the current property and prep work being done. The community told Central Health four years ago they'd like to see a mixed development go up that would help fund health care for low-income families and that's what they're getting.

RELATED: Saying goodbye to Brackenridge Hospital after more than 100 years 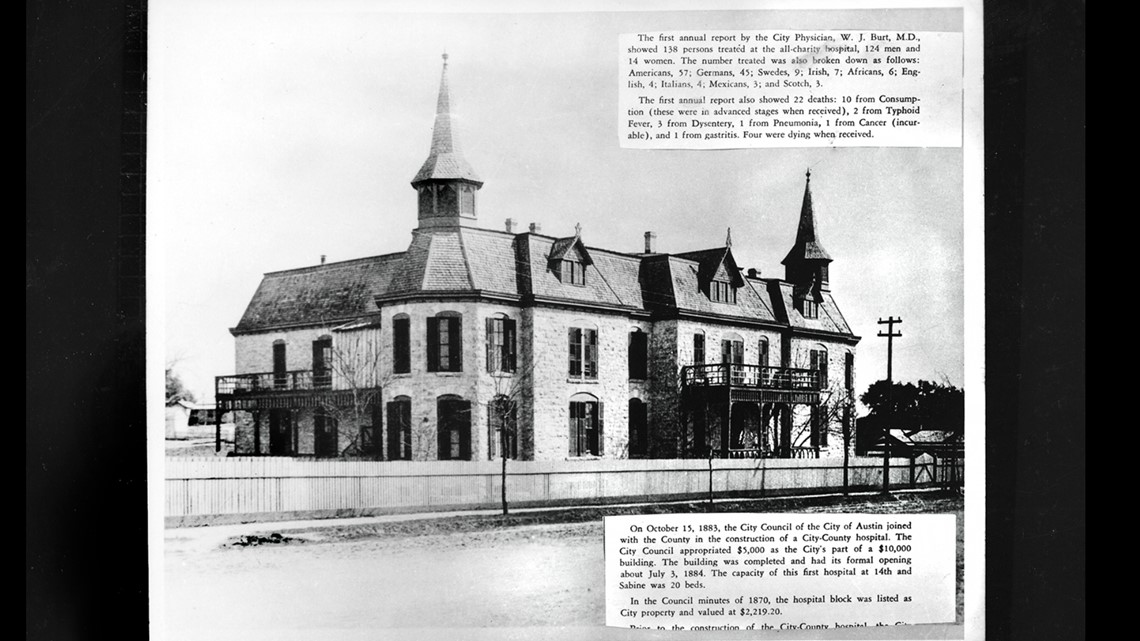 “The spirit of what the community asked for is still very much intact as is the master plan that they helped us develop, and now we're just really excited to finally see the project take off,” said Ted Burton, a Central Health spokesperson.

“This is the first step in what we hope will be many steps to help establish an innovation district that helps support the medical school and helps us collaborate with outside partners and ultimately serve the community,” said Gary Susswein, UT’s chief communication officer.

RELATED: What are the plans for the Brackenridge Hospital property?

This project also includes a realigning of Red River Street that will increase public access to Waller Creek Park.

Burton told KVUE that by the end of the fiscal year, the non-profit behind the development will have already paid the organization more than $4 million. That money will go to the community.

The 17-story building is just one of two new developments in the works. The old space will be demolished in the next few weeks. People can expect to see the new building up by 2022.

Toddler fights for access to “World’s Most Expensive Drug”