Austin unemployment rate beats the US with drop to 5.1%, according to TWC

Since the pandemic began, Austin hit its all-time high in unemployment in April at 12.2%. 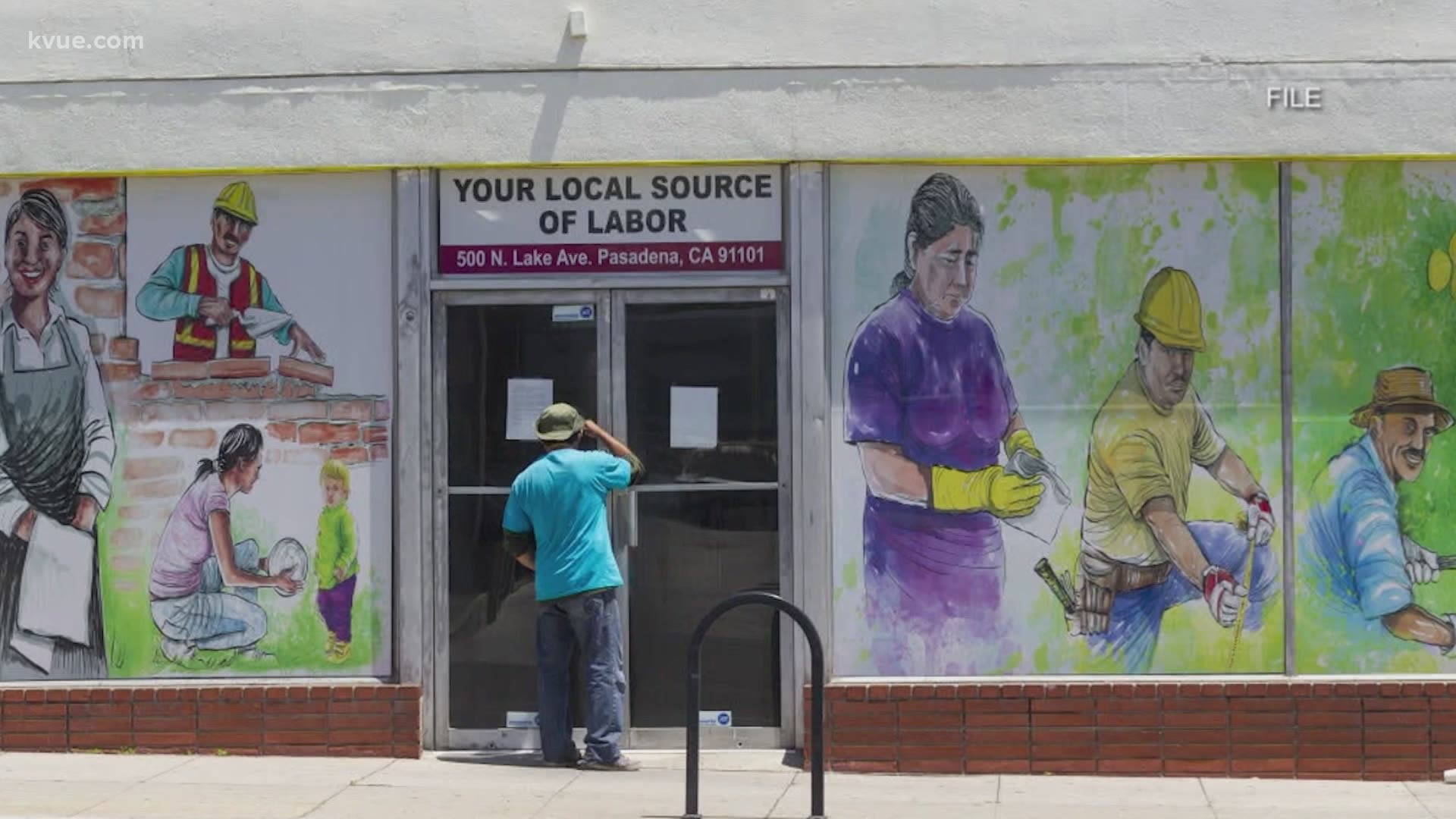 AUSTIN, Texas — As Texas alongside cities across the country battle another spike in coronavirus cases, the number of people getting jobs is bringing optimism to a growing economy that took a devastating hit at the beginning of the year.

According to the latest data from the Texas Workforce Commission, statewide, the unemployment rate dropped from 8.3% in September to 6.9% in October.

Texas’ private sector added 136,300 jobs over the month, bringing the state's unemployment in line with the rest of the country at 6.9%.

Meanwhile, the Austin-Round Rock area is surpassing both the state and the country in getting people back to work. Businesses hired more than 11,000 people in October, bringing unemployment down to 5.1% compared to 6.3% in September, according to the TWC.

More jobs are here! According to the @TXWorkforce, unemployment in the #Austin-#RoundRock area fell to 5.1% in Oct. from 6.3% in Sept., which is better than both the statewide and national rate.

Yet, economists say #COVID19 is still in control of which way the economy goes @KVUE pic.twitter.com/KhCFhUjDDQ

“While the unemployment rate captures only a snapshot of our economy at a specific moment in time, the job growth we have seen over the past six months shows an enduring strength in the state’s economy,” said TWC Chairman Bryan Daniel. “To maximize our efforts, TWC will continue to provide opportunities for Texans to enhance their job skills, search for new jobs and participate in other workforce services at one of our many Workforce Solutions Offices.”

Statewide, fields that saw the most growth in October included the professional and business services sector, leisure and hospitality and trade, transportation and utilities, the report showed.

It's the 6th month in a row that Texas added new jobs.

With the arrival of vaccines next month, the 2021 job growth will be outstanding.https://t.co/xdEXVpy5eA

TWC commissioner representing labor, Julian Alvarez said this shows the importance and demand for skilled workers, even as states attempt to get a handle on the pandemic.

While the goal is making sure every American is employed, economists told the Austin-American Statesman that the pandemic is still the biggest driver of the direction of the economy. With the number of cases rising recently, more job losses are likely.

“Right now, the virus is the dog and the economy is the tail,” Jon Hockenyos, president of Austin-based economic analysis firm TXP Inc., told the Statesman.

Despite the uncertainty of the pandemic, Downtown Austin is inching toward its old ways. Data from the Downtown Austin Alliance reports 30% of workers are beginning to return to their offices, for at least a few days a week.

Businesses subleasing office space also skyrocketed. And some companies, like WeWork, even changed their operations to keep up with the new work-life scheme and attract new demographics.

Some hope for a recovering economy comes in the form of a vaccine, as two companies, Pfizer and Moderna, race to release one by the end of the year.

The companies are seeking emergency authorization from the U.S. Food and Drug Administration, and once approved, both companies announced they are capable of creating millions of vaccines by December.