Downtown Austin tourism and travel numbers low for April and May, data shows

Data from the Downtown Austin Alliance shows very low numbers for travel and tourism for the months of April and May. But there is optimism for the future. 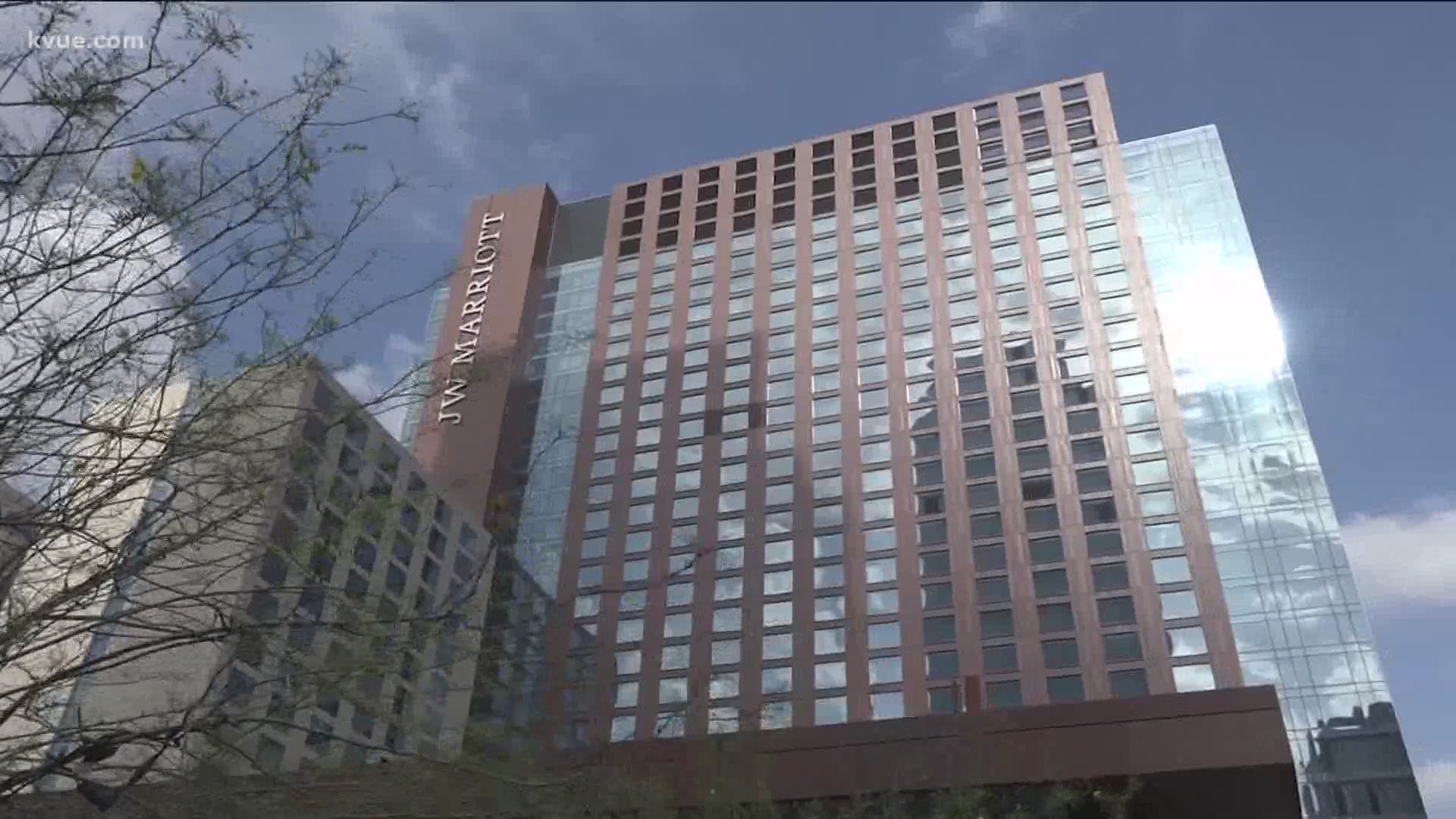 AUSTIN, Texas — Downtown Austin was on its way to a very strong 2020 performance when it came to tourism and travel. Then, the coronavirus pandemic happened.

"Prior to the pandemic, downtown was at a really strong state in terms of its tourism or market industry," said Jennell Moffett, the director of research and analysis for the Downtown Austin Alliance.

New data from the Downtown Austin Alliance shows the massive drop in hotel occupancy downtown, airport passengers and pedestrian activity on Congress Avenue – Austin's "main street," if you will.

Despite the grim report, Moffett is optimistic that Downtown Austin will combat the "new normal" and adapt.

"I think downtown is in a really good position to be able to respond to that new normal whatever that is," Moffett said.

What the numbers show

Moffett explained that on Congress Avenue, there are six pedestrian counters beginning at the Texas Capitol and going all the way down to Lady Bird Lake at the Congress Avenue Bridge.

"And we use that as a baseline basically to determine how can we use this indicator to see what is the activity at this current state compared to what it was beforehand," Moffett said.

The amount of pedestrian activity tanked at around the time the city shut down. Numbers stayed very low with restaurants, bars, some hotels and other places closed due to the pandemic. Just after Memorial Day, there was a small spike, and the protests that happened in Downtown Austin recently gave the streets a boost as well. Still, the numbers remain low well into June.

"What we’ve been seeing since really Memorial Day weekend is we’ve seen a steady climb [in overall tourism]," said Tom Noonan, the president and CEO of Visit Austin. "I think our hotels are doing a great job with keeping our hotels clean – we know we can’t have big gatherings, we’re not asking for that right now. Hotels are an essential business, and they’re open right now and they’re doing a great job taking care of their guests and keeping them safe."

Noonan was also optimistic that travel and tourism can make a comeback after the coronavirus pandemic.

"The number one thing is to take care of not only our citizens but our medical workers. Tourism will be back. We’re still selling the future," Noonan said.

Below, you can see a chart showing the hotel occupancy rate:

While hotel and pedestrian activity numbers are down, so is air travel to the city.

The chart below shows a massive year-over-year drop in passengers coming through Austin-Bergstrom International Airport:

What hotels are doing to stay safe

Despite these numbers, some hotels have decided to open up once again.

The JW Marriott in Downtown Austin recently opened after being closed for several months, implementing a long list of safety measures for their guests.

"No one would have ever predicted you'd have a 1,000 room convention hotel that completely suspended operations," General Manager Scott Blalock said. "We expect it to be a little slower because a lot of the business right now is guests coming in from around Texas and around the country, too, but mostly drive-in cities. And people just want to get away."

Among other requirements, all JW Marriott employees are required to wear masks. Masks are also required by everyone in the hotel lobby. Social distancing markers are on the ground to ensure no one stands too close together in line when checking in. And there is plexiglass that separates the hotel workers from the guests during check-in.

When it comes to sanitation, Blalock explained that the cleaning staff will wait a few days after a guest checks out. Blalock also said that not all of the rooms are being filled, intentionally, for safety and to help keep up with demand.

The hotel's restaurant and bars have also cut down the capacity to meet the State's new orders.

"Well, we're watching it closely and we're taking all the necessary precautions. If guests choose to travel, we're here to offer them a safe, clean environment with friendly associates to take care of them while they're here," Blalock said. "But our plan is to rebuild our business here at the J.W. and in Downtown Austin. And we know that part of that is going to be our ability to host conventions and events again. And we understand the governor's order and the mayor's order, and we want to be safe. We know that time will come when we can be back to where we were before."

KVUE has previously reported on what other hotels in Austin are doing to keep guests safe.