The owner of Empire Control Room near Seventh and Red River streets doesn't expect live performances will happen again until next year. 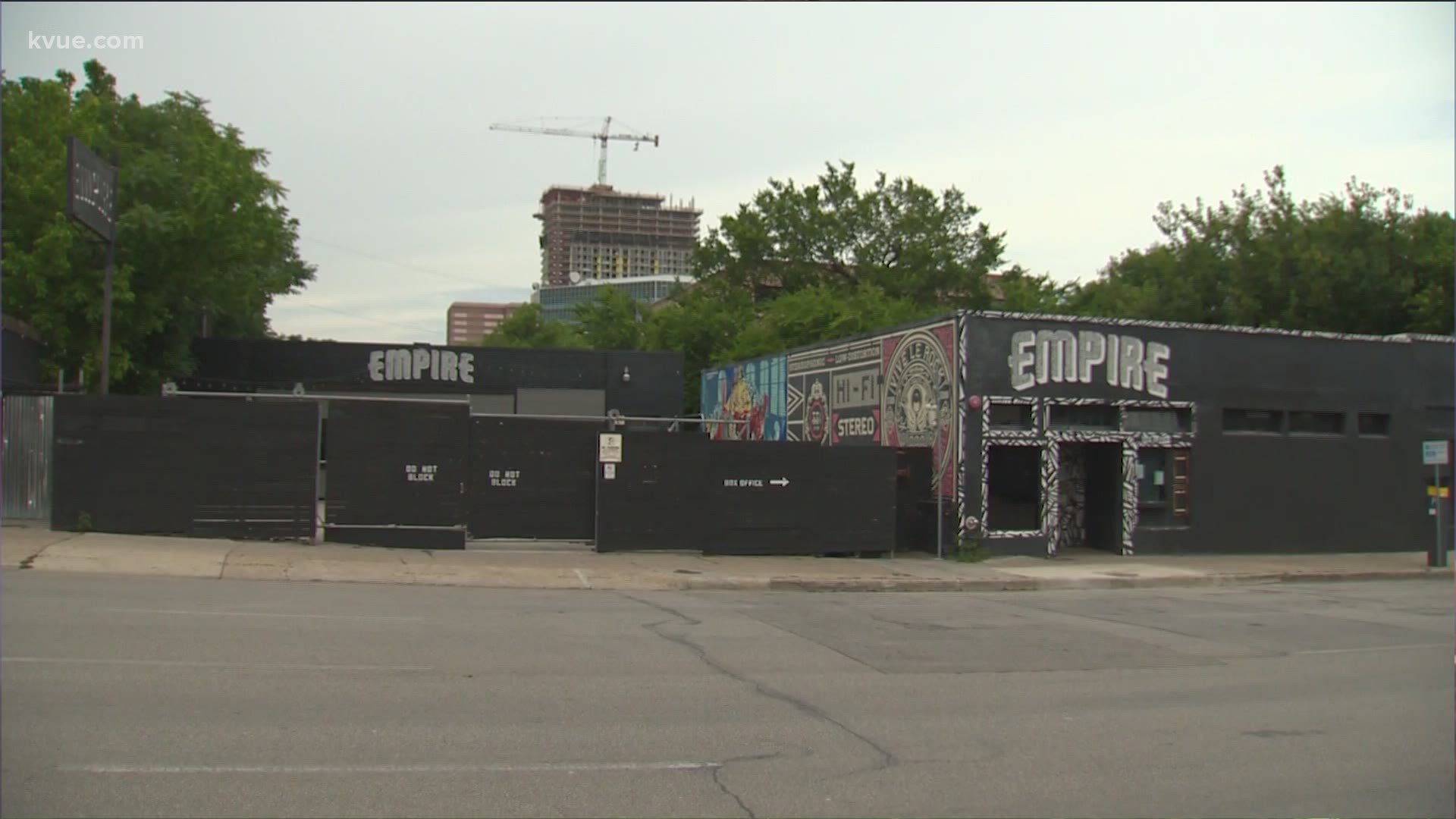 AUSTIN, Texas — The cancellation of this year's Austin City Limits Music Festival came as no surprise to many people working in the live music industry.

"It's such a drop in the bucket," said Stephen Sternschein, the operator of Empire Control Room and Garage. "I think everybody already kind of wrote that off from the perspective of, say, a bar worker or a production person."

Sternschein's music venue and bar, located near East Seventh and Red River streets in Downtown Austin's Red River Cultural District, has been closed to the public since the city initially shut it – and others – down at the end of March as part of its first stay-home order during the COVID-19 pandemic.

"I didn't feel like it was safe to ask my employees to go back to work. We know there is a risk. We just don't really know how much it is, you know, in any particular situation because we don't know enough about the virus," he said.

Still, regardless of whether a festival is canceled, live music industry workers can't make any money if they're not allowed to host any live performances.

Gov. Greg Abbott forced some establishments, like live music venues with bars, to close down at noon on June 26, and gatherings of more than 100 people are currently prohibited in Travis County.

"It's really unfortunate that we're currently in the situation that we're in because there are folks who, with the best intentions, tried to do things right and be as safe as possible in the way that they reopened. All of those folks are now in a way worse position than they were in before they decided to reopen because there's a ton of expenses that went into that," Sternschein said. "That's why we've seen a number of venues and businesses start to close."

He expects live venues like his to remain shut down until at least August. And he suspects they won't host live performances until next year.

"Nobody in our business thinks that there's any real hope for this year at this point," he said.

According to the National Independent Venue Association, about 90% of venues could close for good within six months. Sternschein, who is a treasurer for the association, suspects that could happen to the venues he operates as a managing partner for Heard Presents.

"At the end of the day, it comes down to rents. If you have a rent obligation and no way to make revenue to support that, but you still have to pay the rent, how do you have a business?" he said. "I don't think we've lost hope, but we're in pretty bad shape. We need to have some good news pretty soon."