According a Downtown Alliance study, predicting when downtown offices will reopen is unknown due to the degree of uncertainty of coronavirus. 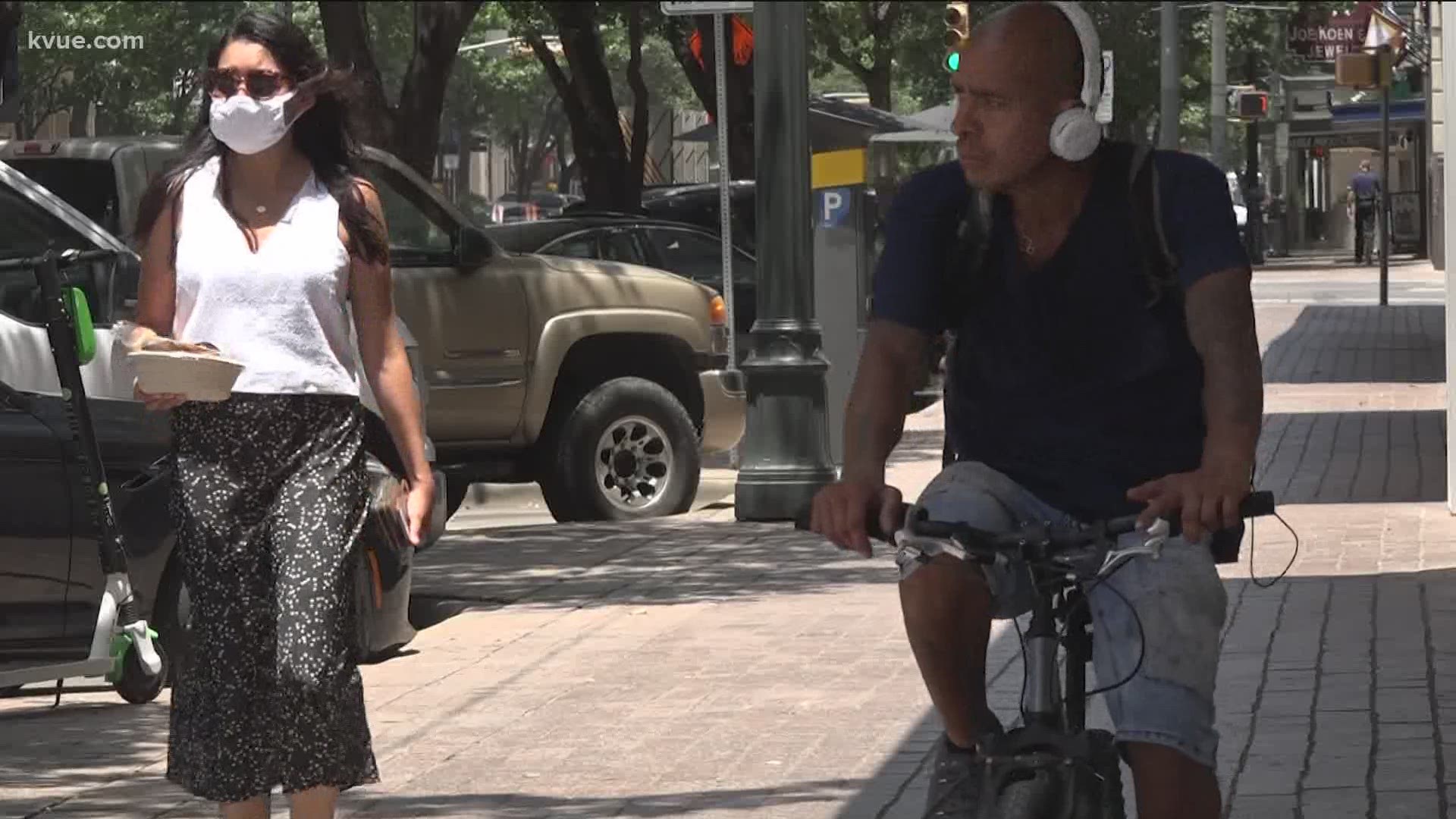 AUSTIN, Texas — Before the pandemic, more than 100,000 employees were working downtown, but four months later many offices and businesses are still empty.

The sound of construction echoed throughout Downtown Austin on Thursday.

Brice said the study done by Downtown Austin Alliance found, in March, 80% of tenants closed down their office spaces but, by the end of May, offices were only utilizing 5-25% occupancy.

"We know that there's been an increase in sublease space coming on the market," said Brice. "We know that some tenants have paused on looking for new leases, expanding their space."

Austin is home to many big companies like Indeed. The company recently announced its employees can work from home until July 2021 due to the uptick in coronavirus cases.

"I think we're really thinking about what the construct of the office looks like and how we're going to use the office differently now than we did when the majority of our folks were coming in every day working," said Indeed Senior Vice President of Global Human Resources Paul Wolfe.

Wolfe said Indeed surveyed its employees and 90% agreed they want a more hybrid schedule of working from home and the office in the future. Wolfe said productivity has not changed since employees started working home.

"We may not see as many single desks in offices or maybe more communal workspaces, so that teams – if they decided to all come into an office on one day – they have more space to congregate as a group and maybe a meeting room," explained Wolfe.

Wolfe said Indeed, like many other businesses surveyed, plans to open slowly and carefully, which is tough news for restaurants like Manuel's downtown.

"People normally have to get out of their offices and walk across to Manuel's for lunch or happy hour," explained Manuel's co-owner Jennifer McNevin.

McNevin said she hasn't been able to reopen her business of over 35 years, Manuel's Downtown. She said location depends heavily on the foot traffic from employees and tourism, which are both very low.

Despite this, Brice said businesses downtown are still optimistic.

“The cost of living, the fact that we're a new city, a highly educated workforce, all of those factors remain in our favor moving forward," said Brice. "Austin and downtown, in particular, will rebound quicker and perhaps stronger than a lot of our peer markets."

According to the Downtown Alliance study, predicting when downtown offices will reopen is unknown due to the degree of uncertainty.