It took five days of negotiations, but Congress reached a deal on a $2 trillion package to help Americans and businesses. 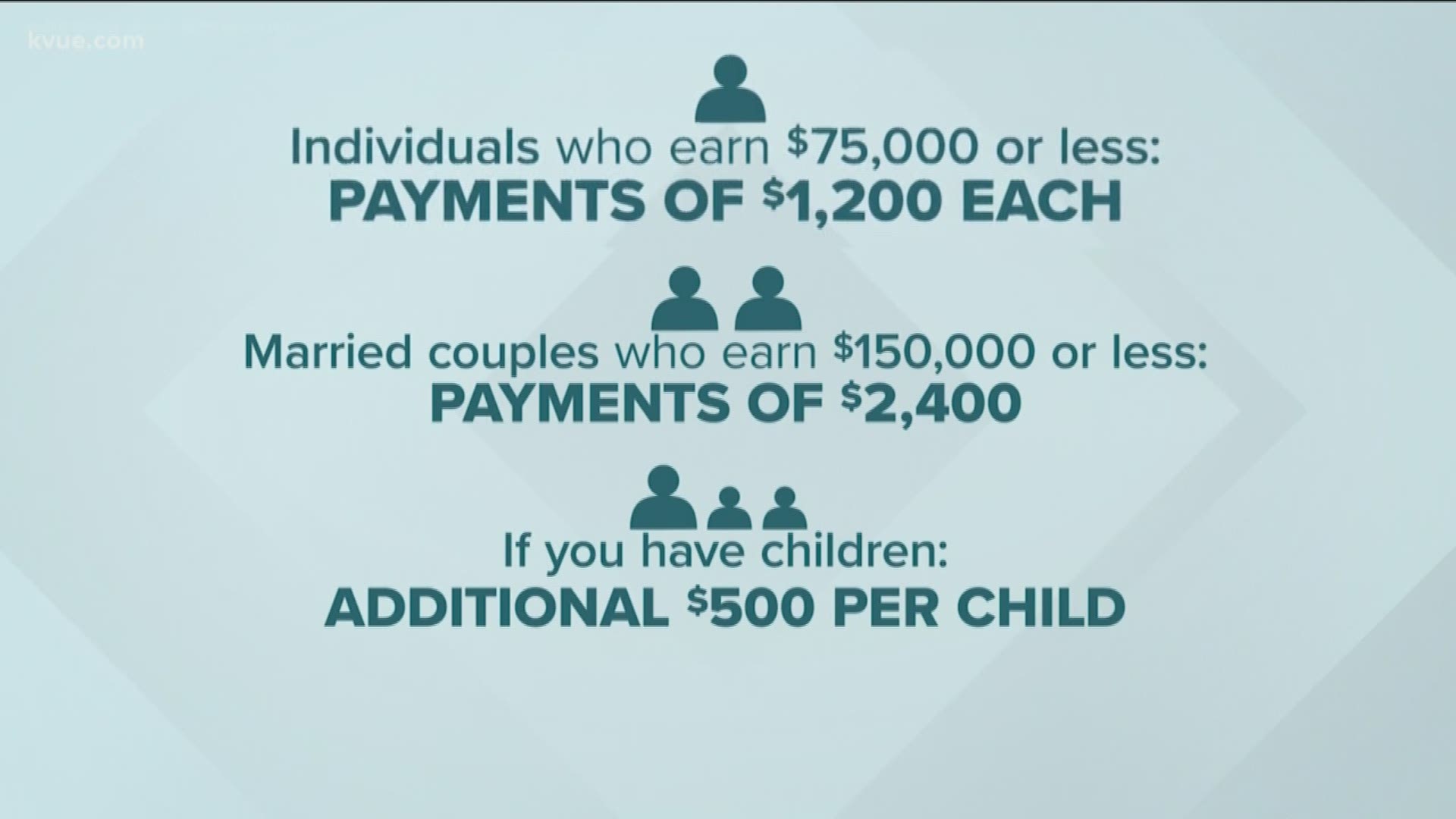 AUSTIN, Texas — A political tug of war over a $2 trillion economic relief bill seemingly came to an end overnight with Senate leaders announcing Wednesday that they've reached a deal.

"The Senate will act to help the people of this country weather this storm," said U.S. Sen. Mitch McConnell (R-Kentucky), the Senate Majority Leader.

So, what's in this package for you, the average American?

As of Wednesday afternoon, the details were still being ironed out, but lawmakers have been talking about some key takeaways.

$2 trillion coronavirus deal: Who will get stimulus checks and when?

The payment amount decreases as the income rises. Individuals who earn $99,000 won't get anything and neither will couples who make $198,000 together and have no children.

It's unclear how long it will take the IRS to get the payments out, but the White House indicated people could see those payments as soon as April 6.

The bill also includes some good news for workers.

On Wednesday, Schumer told the co-hosts of ABC's "The View" that unemployed workers will be able to get a full salary for four months and those workers will be furloughed so they can go back to work for their same companies once this pandemic ends.