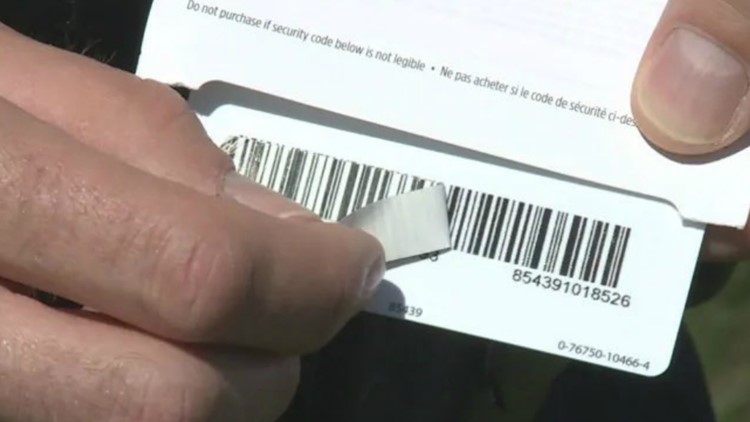 Grabbing a gift card? It could be empty. Grinches are scamming the system

So are barcode scammers.

The Boca Raton Police Department is warning holiday shoppers to watch out for a simple dupe that may be expensively effective.

Police say scammers are taking gift cards, copying the barcode and sticking it on other cards. When you pull one off the rack and pay for it – the money is put on the scammers card instead of yours.

RELATED: A $100 Kohl's anniversary coupon spreading online is a fake

After the impending awkward phone call from the person who received a heart-felt empty gift card – ultimately the unknowing customers would probably get their money back.

Stores, on the other hand, could potentially get hit pretty hard.

According to a police department Facebook post, a recent case was discovered by a vigilant cashier. 10News confirmed it was on Dec. 13 at a Walgreens.

So, what can you do to make sure your Christmas morning doesn't come with a dose of gift guilt?

First, pay attention. Police suggest carefully examining gift card for signs they’ve been messed with before you plop them down on the counter.

“It’s the holiday season. We want to make sure people know what to look for so they can protect themselves,” said Jessica Desir of the Boca Raton Police Department.