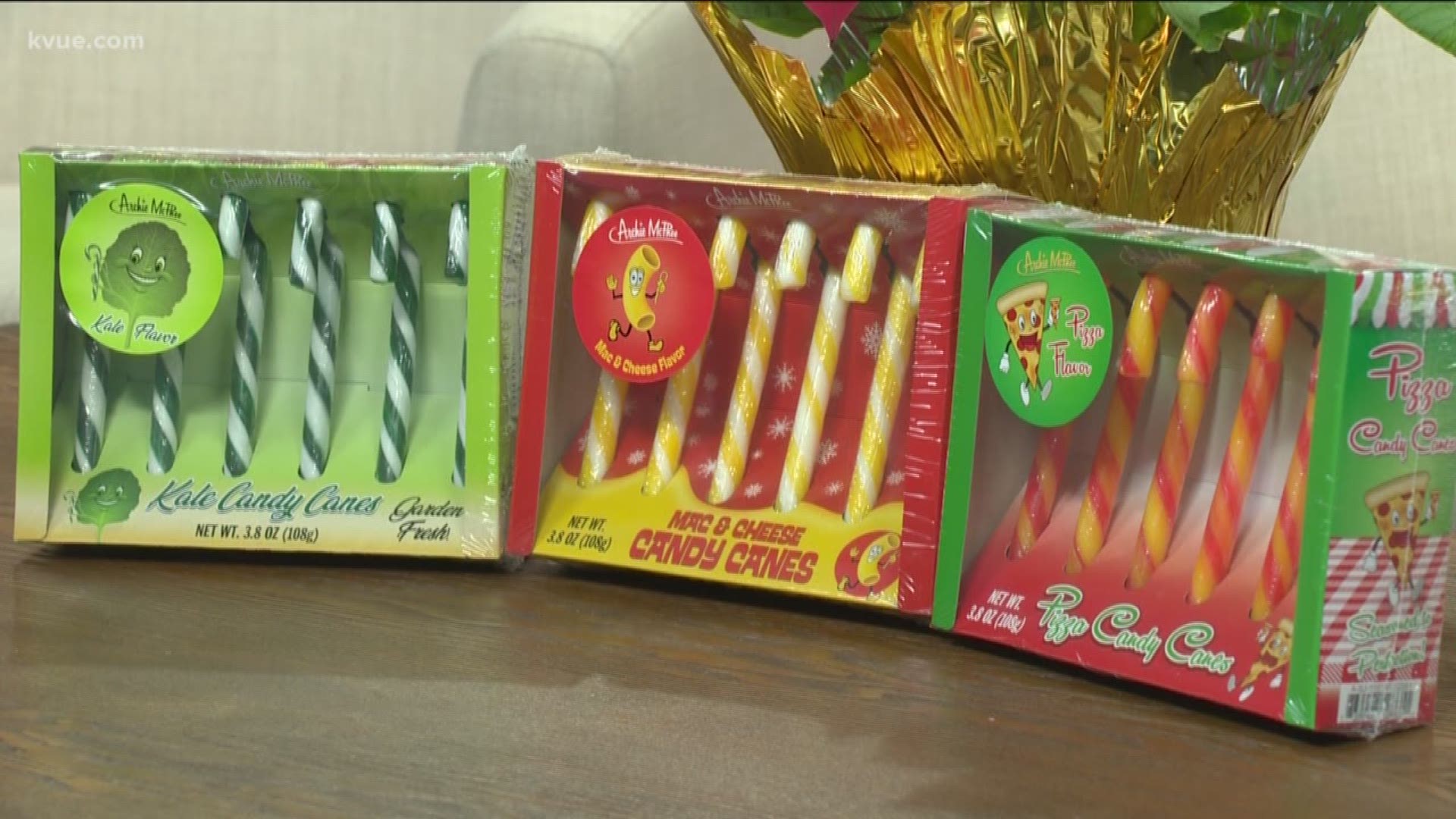 AUSTIN, Texas — Candy canes and the holidays go hand-in-hand. But will these unusual treats from Archie McPhee give you the Christmas cheer you've been hungering for?

KVUE producers Kevin and Laura and reporter Bryce put their tastebuds on the line, with no idea what flavors they were about to enjoy.

The first candy cane was "mac and cheese" flavored.

Kevin claimed it tasted like rotten butter, while Laura compared it to the powder in a box of Kraft. No one was impressed.

Next up were "Kale Canes." While Bryce and Laura thought they smelled and tasted like bell peppers, Kevin likes them, saying they were actually sort of minty.

Does It Work: Turbo Pump

Does It Work: Pet-ture Perfect

Last but not least, the "Pizza Cane." Kevin tasted it and immediately spit it out, saying it was disgusting. Laura and Bryce thought it was very well-seasoned, but believed no one would ever want to eat one.

All in all, these three weren't big fans of any of the flavors, but think it might be fun to give the canes out to unsuspecting family and friends.

"Don't lie to Grandma and give her one of these, but it's a fun prank," Laura said.

WATCH: Does It Work: Turbo Pump