Reminder: Don't leave your car running unattended while you're trying to warm it up

According to Austin police, at least 27 cars were stolen during some of the 2018's coldest months. 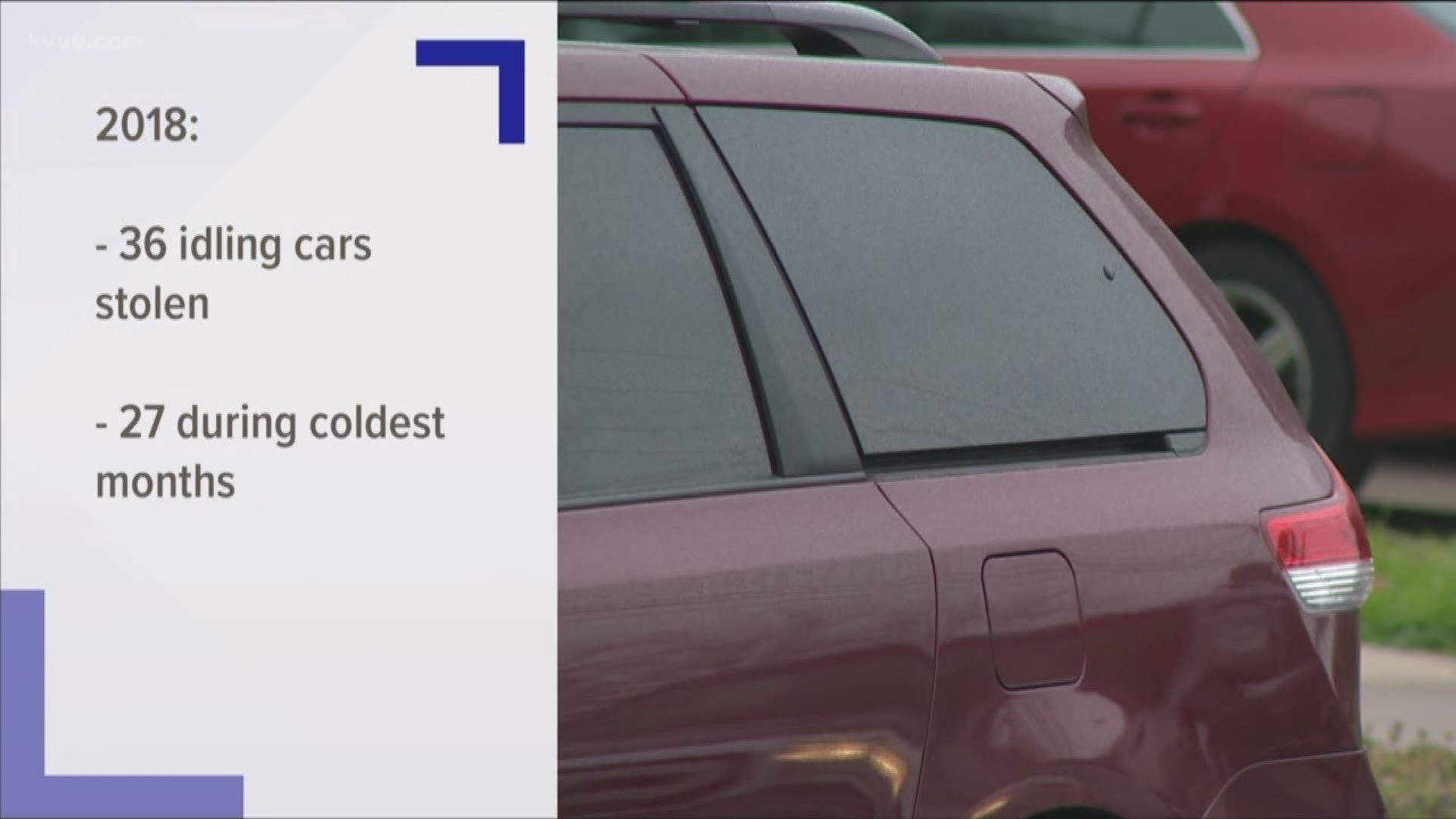 AUSTIN, Texas — It's something some of us do on really cold mornings: we turn the car on, get the heater going and then go back inside to the warmth of our homes.

But, if you haven't guessed it already, there's a reason you shouldn't do that.

Last year, thieves drove off with 36 cars whose engines were left running while their owners were nowhere in sight, according to Austin police.

At least 27 of those cars were stolen during some of Austin's coldest months: January, February, November and December. Seventeen of the thefts happened between midnight and 11 a.m., police said.

These types of car thefts account for about 1.35% of all car thefts in Austin, which is a little more than 2,000 each year.

But, it's easily preventable.

"It's a crime of opportunity. People are walking by who wouldn't normally target a specific car. They see it running, don't see anyone around and then they steal it," Austin Police Auto Theft Det. Armando Rodriguez told KVUE.

Despite how uncomfortable it can sometimes be to get in a cold car whose heater just simply doesn't work as quickly as you'd like, it'll save you a big headache if you at least have a second set of keys or remote-start the car.

"If you don't have the option, though, the bottom line is: just don't do it," Det. Rodriguez said.

Officers frequently recover stolen cars. Thieves mostly steal them to travel from one location to another and then dump them, Det. Rodriguez said.

If your car gets stolen, he recommends calling 9-1-1 immediately and providing as best of a description as you can to the dispatcher.