About 2,000 jobs were planned for Texas, including hundreds in Austin. 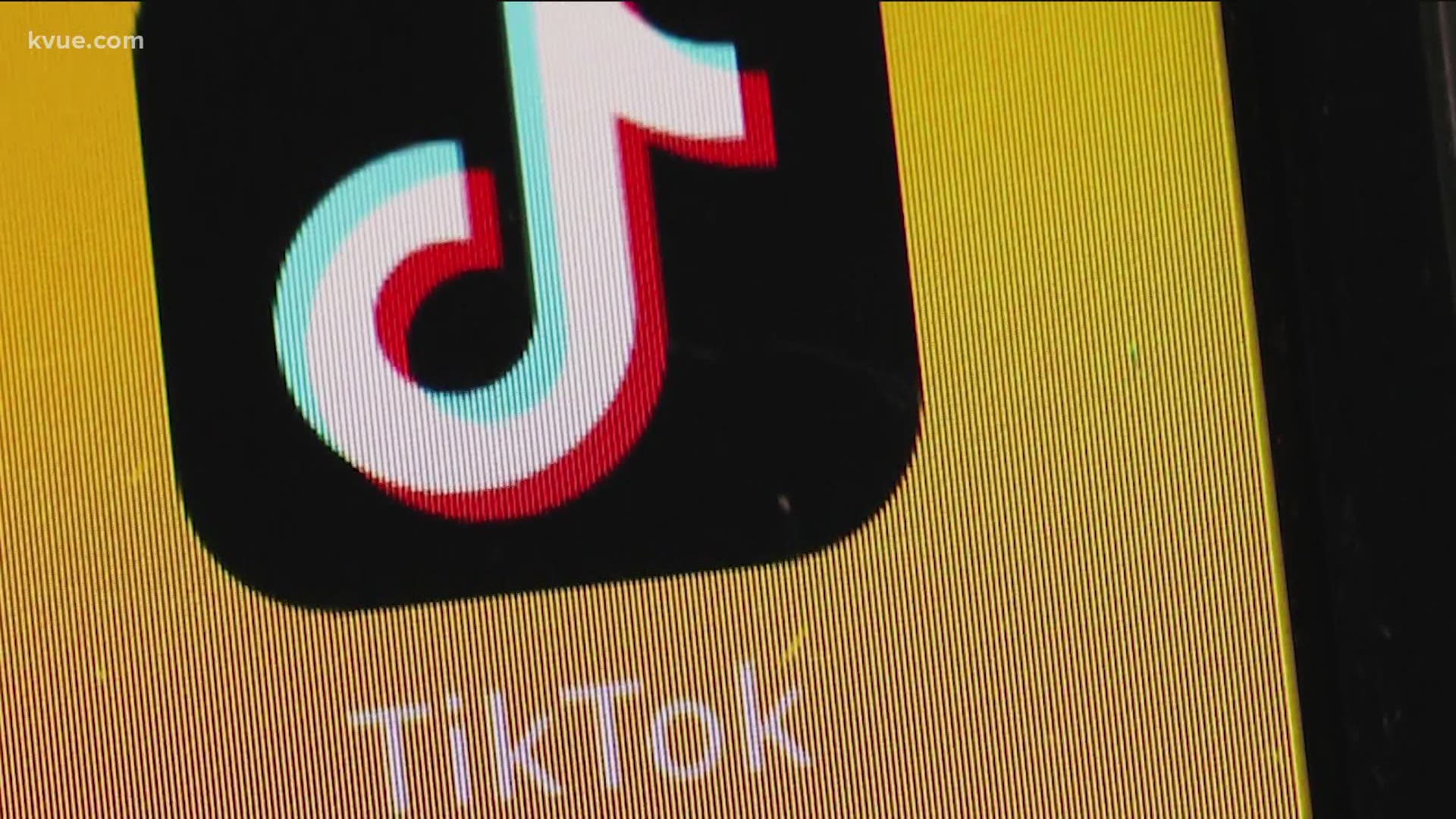 AUSTIN, Texas — Despite President Donald Trump last week ordering a ban on dealings with the Chinese owners of the popular social media apps WeChat and TikTok, the latter says it is still planning on bringing hundreds of jobs to the Austin area.

"We're proud to build our presence in Austin and be a part of the thriving business and tech community locally," said Austin resident Blake Chandlee, VP of global business solutions for TikTok, earlier this week. "The Austin community embodies the same creative and entrepreneurial spirit that defines the TikTok community, and we are going to do all we can to ensure our company's future in Texas and the U.S. Our goal is to be here for years to come for our users, our creators and for the 1,500 people we currently employ in America, the 10,000 people we intend to hire here, including the hundreds of new jobs we're bringing to Austin."

A spokesperson for TikTok said the Austin positions will mainly support TikTok's team that works closely with brand advertisers and partners. TikTok's offices are located at Lavaca Street and 15th Street.

However, a few days later on Thursday, TikTok released another statement saying it's new U.S. jobs could be in danger:

"TikTok has committed to creating 10,000 great paying jobs across the US – including more than 2,000 here in Texas – but the Executive Order puts those new jobs in jeopardy. While we're forced to hold on that hiring until we have further clarity from the Administration, we're working hard to ensure that we can offer employment for years to come as we build an enduring platform for our users, creators, partners, and the broader community in the U.S."

The dual executive orders issued Aug. 6, one for each app, were to take effect in 45 days and could prohibit them from being offered in the Apple and Google app stores.

As tensions between China and U.S. grow, President Trump has shown concern that Chinese social media services could provide the personal information of American users to Chinese authorities. The Chinese foreign ministry said it opposed Trump's decision but gave no indication that Beijing would retaliate.

Earlier in the saga, Trump threatened a deadline to "close down" TikTok in the U.S. unless a company such as Microsft Corp. acquired it. Microsoft has confirmed that it is in talks to acquire the U.S. arm of the popular video-sharing app.