Breweries are allowed to reopen, but what do they need to do to operate. 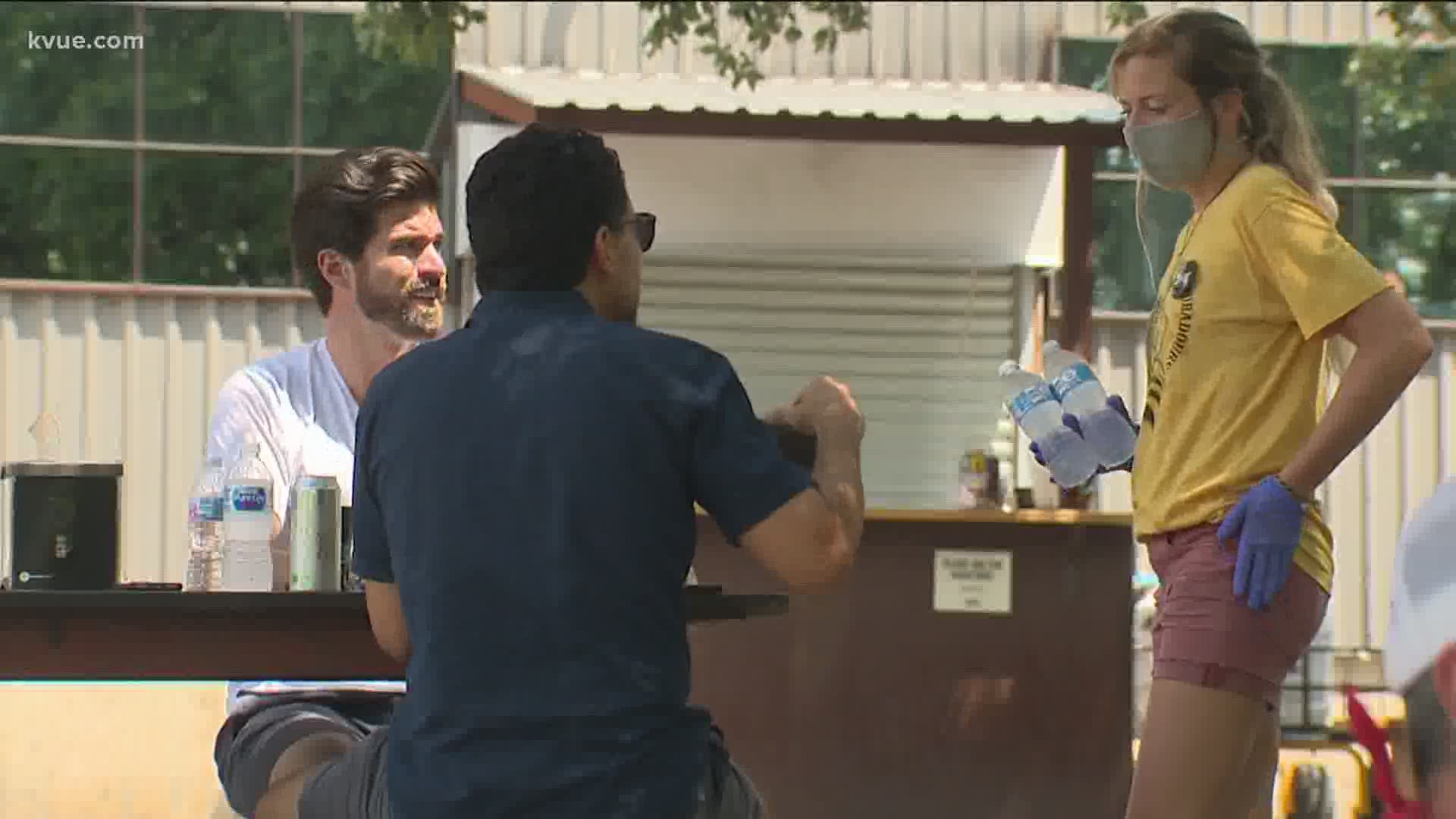 AUSTIN, Texas — It's been a while since breweries like Austin Beer Garden Brewery off of Oltorf in South East Austin have seen people.

Some breweries are staying closed but ABGB is reopening up with people outside.

"It's starting to feel like normal again," said David Andrade. "We noticed that this one was taking table reservations so we decided, 'You know what, let's go back.'"

Amos Lowe, one of the owners at ABGB, describes it as baby steps.

"As soon as this thing hit, you know, it was shocking," he said. "You know, we in this business and in this industry were affected immediately and directly."

So being able to bring people back into their space has been good, but things obviously are going to look different.

"We are doing reservation only so, for us, you have to reserve the table," said Lowe. "And it's still to-go, right, so the inside restaurant isn't open for seating or use, we will run the to-go food out here, and someone will bring it to your table."

Taprooms and tasting rooms at breweries, wineries and distilleries can reopen May 1, TABC says

Also, all breweries will need to make sure everything is wiped down and clean for guests, keeping everything sanitized.

The rules are actually the same for bars and wineries as well. No one is allowed to hang out at the bar itself, people must remain seated, and no groups of more than six can be seated.

But as Lowe described it, it's baby steps.

"Hopefully we will get to where we were before," he said.

So even though it's been a while since people have been sitting at breweries, for those people it's good to be back.

"This is actually great if other breweries and restaurants can get to this guideline and procedure. It's all good. I think it's going to encourage people to come out and enjoy a beer or pizza," said Andrade.