Samsung is also looking at locations in Arizona and New York, but a site analyst believes Texas has the best business climate for the factory. 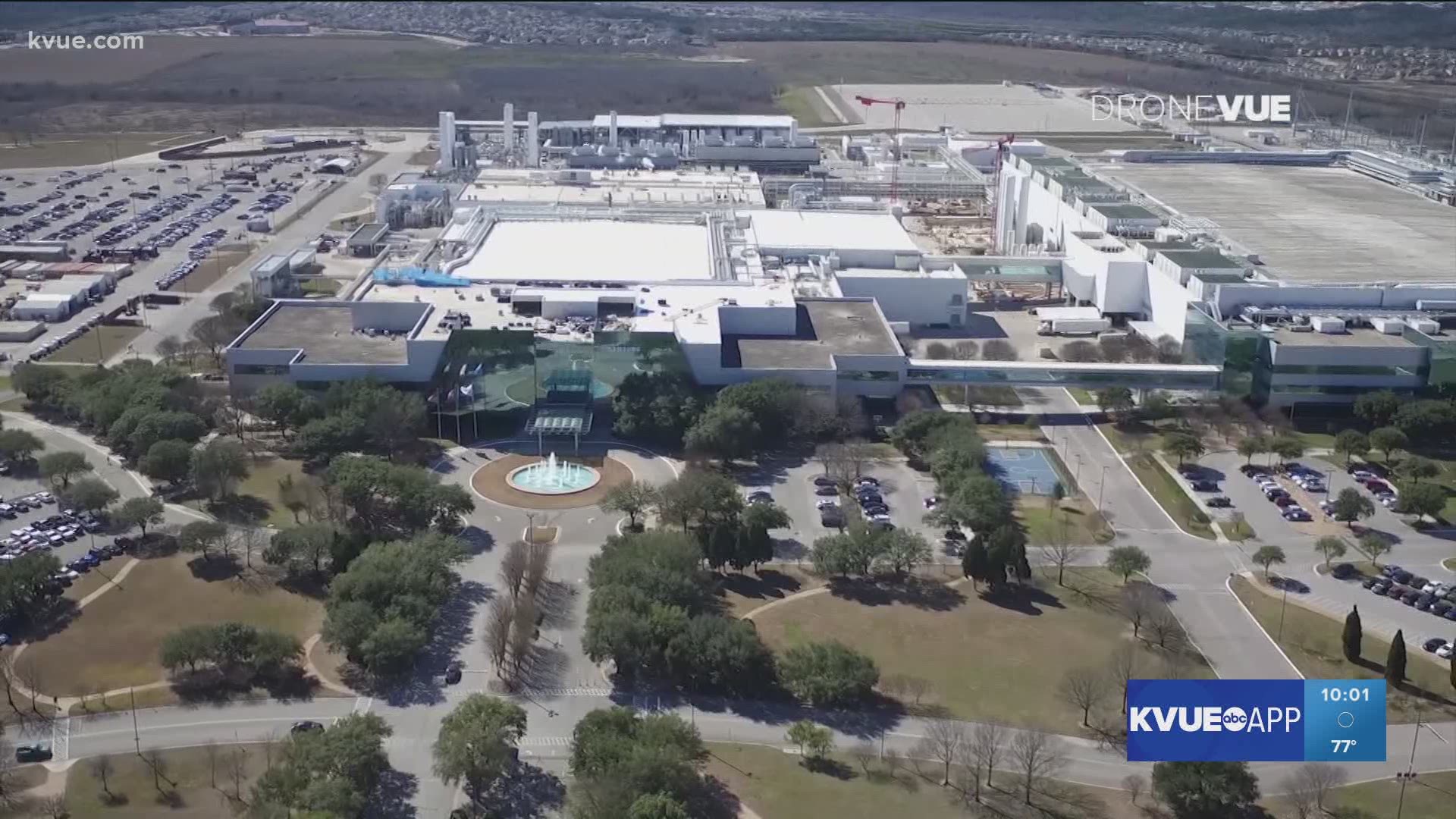 AUSTIN, Texas — Austin is not the only Texas city in the running for Samsung's new semiconductor anymore. The South Korean tech giant also has its sights set on the small, yet growing, town of Taylor, about 35 miles northeast of Austin.

Samsung filed its application with the Texas comptroller's office on July 6 for an incentives deal with Taylor ISD that could provide the company a $314 million dollar tax break over the next decade.

The tech company is planning to build an $18 billion semiconductor plant that will provide more than 1,800 jobs to the area, if selected.

"This is a really exciting time to be part of Taylor, Texas, because of all the development and growth coming this way," said Dr. Devin Padavil, superintendent for Taylor ISD.

Padavil said Samsung is not the only business trying to lock down land in Taylor.

"I think that the exponential rate of groups that are interested in developing in Taylor tells you something about other parties seeing Taylor as, really, a gold mine," said Padavil.

Many businesses are trying to take advantage of the Chapter 313 Agreement, which is an application to a school district for property tax abatements for manufacturing or energy projects, like Samsung's plant. The ability to apply for this agreement expires at the end of 2022.

If Taylor makes a deal with the tech company, site analyst John Boyd said it would be one of the largest foreign-direct investments in the U.S. in recent history, and the largest corporate deal Taylor has ever seen.

While New York and Arizona are in the running, Boyd believes Texas has the best business climate for this plant.

Austin vs. Taylor: Which is the better move?

"I think Samsung identified this site and Taylor as being attractive in terms of available land. A Taylor location would bring with it all of the benefits of being in Austin with respect to the recruiting dynamics and the migration of tech talent," Boyd said.

Padavil also believes Taylor has a very welcoming and community-orientated environment with a growing school system, that makes it an attractive place to live.

However, Austin is the up-and-coming technology hub of the country, and Samsung recently purchased over 250 acres adjacent to its current production site in North Austin.

"It is not unusual for companies to really do due diligence when it comes to the final real estate component," he said.

Samsung is also looking for over $1 billion in potential incentives agreements from multiple Travis County taxing entities if it were to build the new facility on a site near its existing location, according to filings from the Texas comptroller's office.

Will Travis County get answers in time though?

During the Commissioner's Court meeting on Tuesday, county leaders were briefed on Samsung's application for an economic development performance agreement, which helps with tax breaks.

Christy Moffett, managing director of economic and strategic planning, said Samsung wanted a draft agreement ready by mid-August, a timeline she worries is too tight while meeting new transparency guidelines set by the county back in December 2020.

Whether Taylor or Austin is the answer, Boyd said if it stays in Texas, it would catapult the state to a whole new level in a time when semiconductors are critically needed.

"Virtually every consumer product relies on these on these semiconductor chips," Boyd said.

KVUE reached out to Samsung for a statement:

“As part of our efforts to effectively respond to the needs of global customers and the growing demand for various applications, Samsung plans to invest $17 billion to expand our foundry capability in the U.S. We are still in negotiations over the expansion of our semiconductor manufacturing facilities, taking into consideration various factors, and are looking at a number of locations within the U.S. Specific details have yet to be decided."

Booming Breweries: The growth of the beer industry in Central Texas