Texas fully reopened. Then something odd happened: Unemployment claims have surged to levels not seen since last summer

After months of declines, unemployment claims in Texas are up sharply now for three weeks in a row. 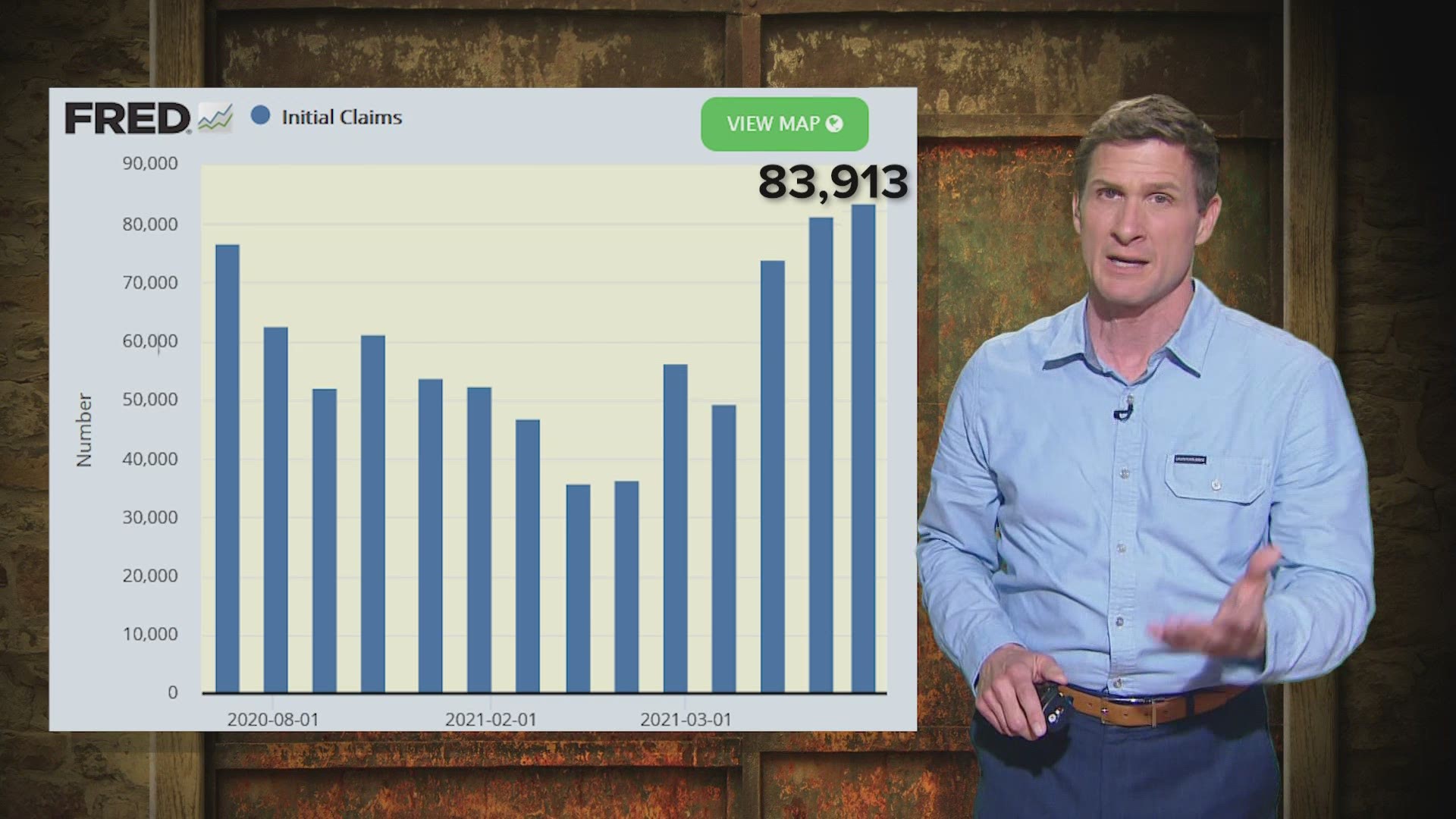 DALLAS — Texas has reopened to full capacity, but instead of everybody getting back to work, the state is still looking like it has slipped back to last summer when it was still partially shutdown.

Inexplicably after months of lower numbers, for the third straight week, the number of Texans making initial applications for unemployment has surged to levels that Texas had not experienced since the summer of 2020. The latest weekly figure indicates an additional 83.913 initial jobless claims.

It appears many Texans have been wanting to maintain more than 6 feet of distance during the pandemic.

According to figures compiled by the Texas A & M Real Estate Research Center, last year, Texans spent a record $1.69 Billion to buy 552,707 acres of rural land, where they could breathe their own air and get away from all those "city folk."

The old saying ‘Death is the great equalizer’ may apply to money, too

We have seen reports about the gap in life insurance coverage between men and women. But Dallas-based Bestow insurance recently reported that it compared policyholders and found that overall, the men earned 63% more than the women. That is a huge advantage for the guys—while they’re living.

But in death—women are closing the gap. Bestow found that the median amount of coverage purchased by women was $450,000, almost the same amount as men $500,000. And for that almost equal coverage, they also found that women ($33.60) are paying much lower monthly premiums ($33.60) than men ($52.70). If you have dependents and don’t have life insurance…but want it…remember, you must do it while you’re still alive.