The company has already halted all online sales and will close all 261 of its stores, the Wall Street Journal reports. 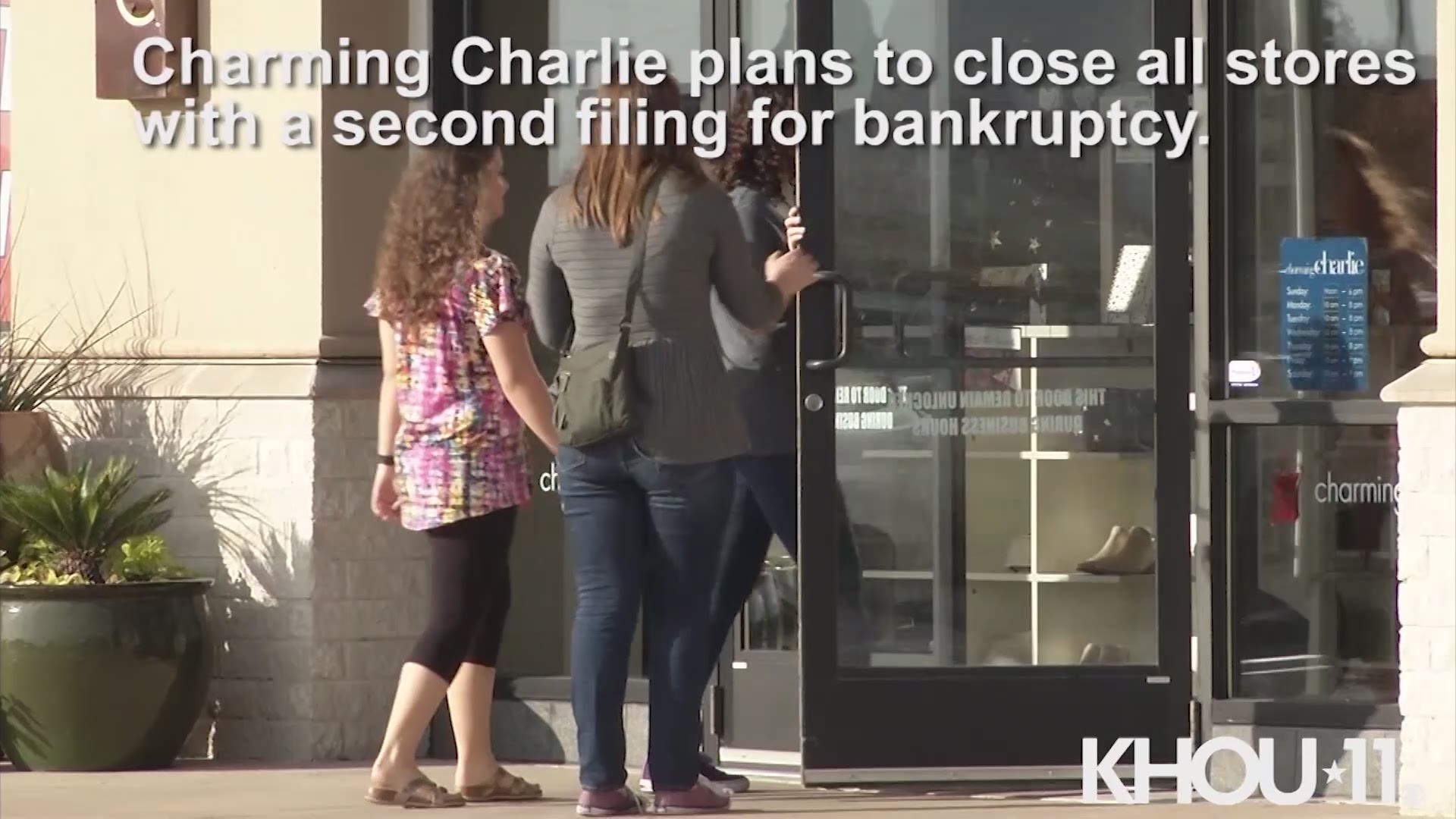 HOUSTON — Houston-based Charming Charlie has filed for Chapter 11 for a second time and will cease all business operations, according to multiple reports on Thursday.

The Wall Street Journal and USA TODAY report the retailer plans to close all 261 of its locations across 38 states.

More than 3,000 full- and part-time employees could lose their jobs, reports Bloomberg.

KHOU 11 previously reported in 2017 the business would close 100 stores as part of its first bankruptcy. At that time company leaders were hopeful they'd be able to work out a plan to save the business.

"We are confident that by reducing the size and scale of our business, we can focus on the core strengths that make the company successful," a spokesman stated in 2017.

Bloomberg reports during previous layoffs certain employees received severance, but according to the second bankruptcy filing severance will not be offered to employees this time around. The company is seeking to give bonuses to store-level employees who stay on during the liquidation process.