B.D. Riley's had to close its Sixth Street location, but the Mueller location is thriving partly because of Sunday football games. 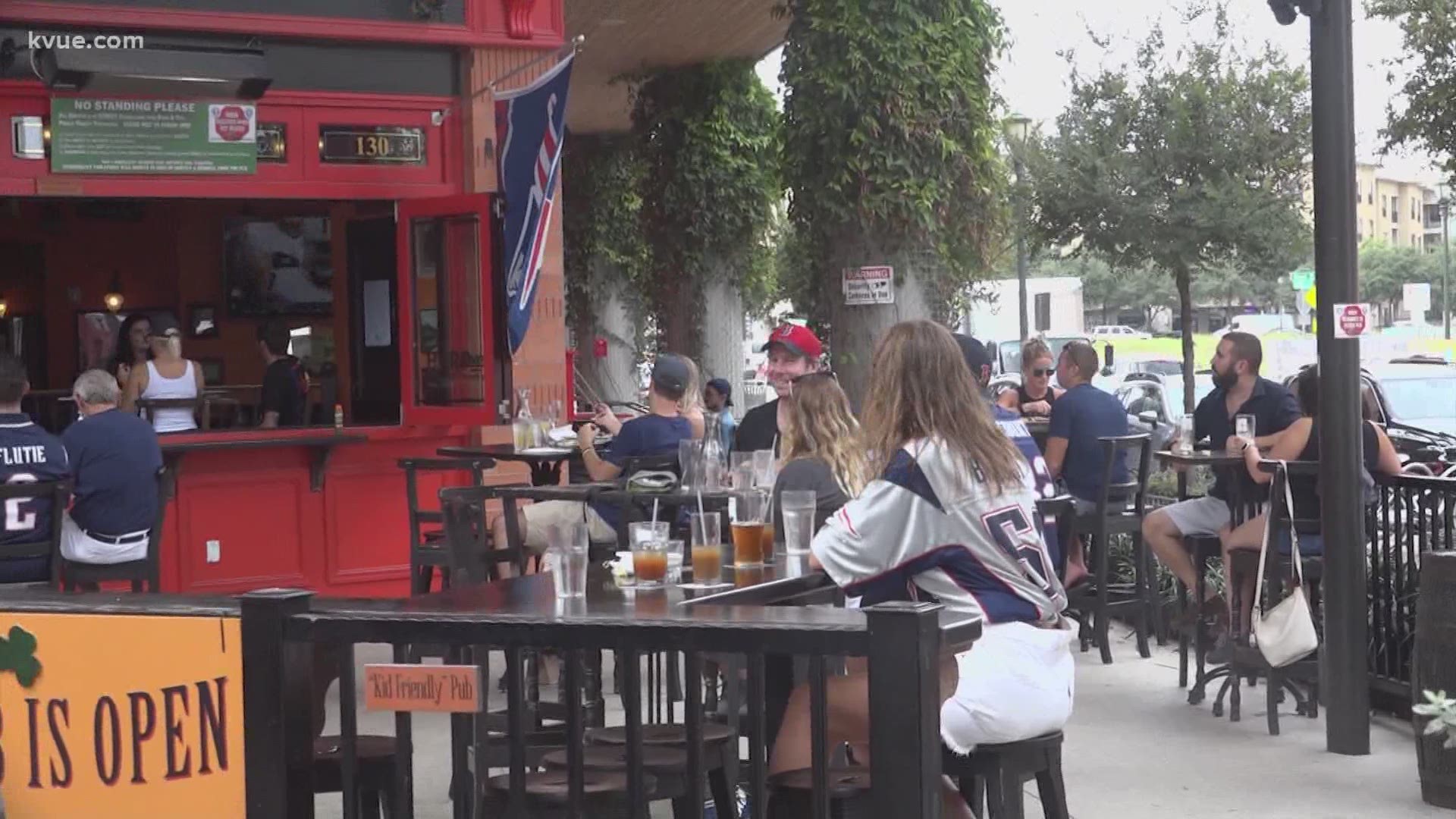 AUSTIN, Texas — Over the last seven months, several Austin bars have had to close their doors for good due to a lack of revenue. For the bars still open, football season has helped significantly with making up for financial losses.

B.D. Riley's, a long-running and beloved Irish bar, had to recently close down its Sixth Street location. But the Mueller location is still open – and thriving.

The bar's owners said they are grateful for the Mueller neighborhood, and that they've also become the go-to spot for New England Patriots fans on Sundays during the games.

Although bars are now allowed to operate at 75% capacity, B.D. Riley's has remained at 50%.

"Fortunately, this pub has been thriving ... even though we're at 50% capacity. We're doing more than two-thirds of our normal volume and that's thanks to the neighbors here and the fans behind us," co-owner Steve Basile said.

Food is served, people have to keep their masks on when getting up from their tables and no one is allowed to roam around.

Basile encourages the Austin community to keep supporting local bars since a lot of them are still making up for what they lost when they were closed for several months.