The airline will no longer promote social distancing by limiting the number of seats for sale on its planes starting Dec. 1, CEO Gary Kelly said. 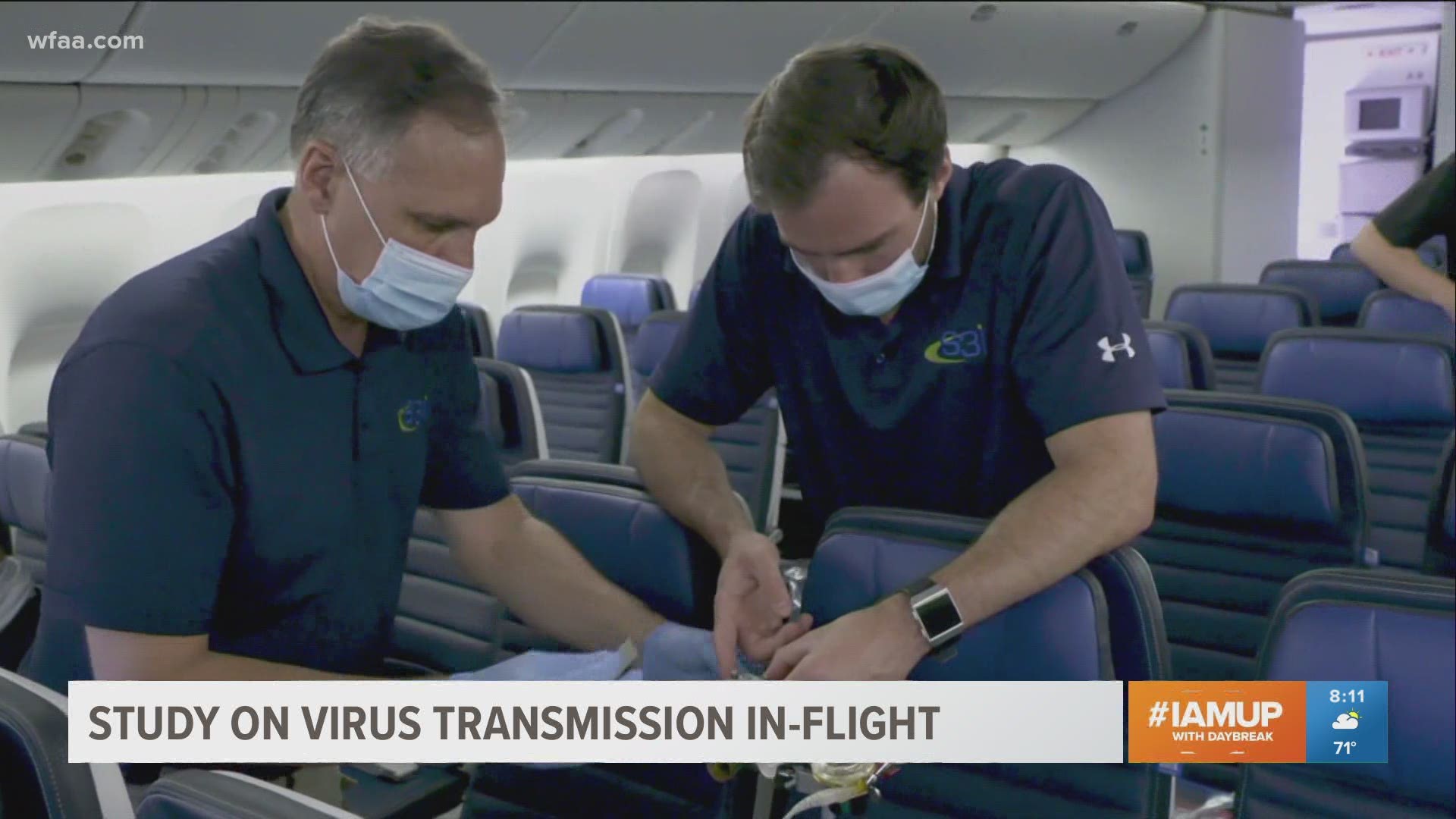 The company experienced a net loss of approximately $1.2 billion in the third quarter, Kelly said he does not expect to see major improvements for the industry until the pandemic has receded.

"We are encouraged by modest improvements in leisure passenger traffic trends since the slowdown in demand experienced in July," he said in a news release. "However, until we have widely-available vaccines and achieve herd immunity, we expect passenger traffic and booking trends to remain fragile."

Kelly said the decision to open sales of middle seats is because recent studies have shown spread of the virus is unlikely on planes where everyone is wearing a mask.

Southwest had been "one of just a few airlines in the world" that had been restricting the number of seats sold to practice social distancing on its planes and effectively keep its middle seats open, Kelly said.

"This practice of effectively keeping middle seats open bridged us from the early days of the pandemic, when we had little knowledge about the behavior of the virus, to now.

Southwest will offer "enhanced flexibility" for customers to rebook another flight to avoid fuller planes, according to Kelly.

"According to research put forth within the last two weeks by several reputable institutions, all arriving at the same conclusion—the risk of breathing COVID-19 particles on an airplane is virtually non-existent, with the combination of air filtration and face covering requirements," he said.

Southwest planes have a "sophisticated air distribution system" where cabin air is exchanged every two to three minutes with HEPA filters that remove 99.97% of airborne particles, which Kelly described as "similar to technology found in hospitals."

Kelly said the company was working with both UT Southwestern Medical Center and the Stanford University School of Medicine and an advisory council of infectious disease physician-scientists to stay on top of the latest research to "evolve our policies."

Southwest is the only U.S. airline that has an "investment-grade credit rating" from all three rating agencies, according to Kelly.

Company officials believe they will see that average cash burn become $12 million per day in October, with an average of $11 million per day for the fourth quarter, based on "continued modest improvements in close-in leisure demand and booking trends" in addition to the company's voluntary Employee separation and leave programs.

About 25% of the company's workforce are participating in one its voluntary programs— around 4,200 employees chose the voluntary separation program, while about 11,000 are taking extended emergency time off.

After seeing "modest improvements" in May and June, passenger demand and bookings stalled improving revenue in July "due to the rise in COVID-19 cases," according to the earnings report. Customers began to return to the skies again, however, in August and September.

Demand, however, remains primarily "leisure-oriented" and is "inconsistent by region," the report said.

"In order to achieve cash burn break even, we estimate operating revenues will need to recover to an estimated 60 to 70 percent of 2019 levels, which is roughly double our third quarter 2020 levels," Kelly said.

Kelly also urged "our federal leaders" to pass another economic relief package with a six-month extension of the Payroll Support Program.

"Absent this extension, we simply cannot afford to continue with the conditions required to maintain full pay and employment," he explained.

The airline is in talks with union leaders to make "reasonable, temporary concessions" to union contract employees starting on Jan. 1 if no relief is passed by Congress. The company, in turn, will promise to not have any layoffs or furloughs through the end of 2021, "barring unforeseen and catastrophic changes."

If an agreement can't be reached, the company will furlough employees in early 2021 "as a last resort."

The company will reverse these decisions through 2021 if there is an extension of the PSP, according to Kelly.

Southwest has now received $3.4 billion in PSP funds so far, according to the earnings report.

Operating revenues were down 68.2% year-over-year for the airline, to $1.8 billion as a result of the pandemic, the report said.

The company ended the quarter with 734 planes in its fleet, 150 to 250 of which are in storage or short-term parking. About 100 planes  are in long-term storage, including its 34 MAX aircraft that were grounded in March of 2019. The other 50 to 150 planes are in short-term parking as the airline responds to customer demand.

"We entered this crisis with the U.S. airline industry's strongest balance sheet and most successful business model," Kelly said.