Employee shortage hitting businesses of all sizes and sectors

There are 500,000 job openings in Texas that owners are struggling to fill, but why? 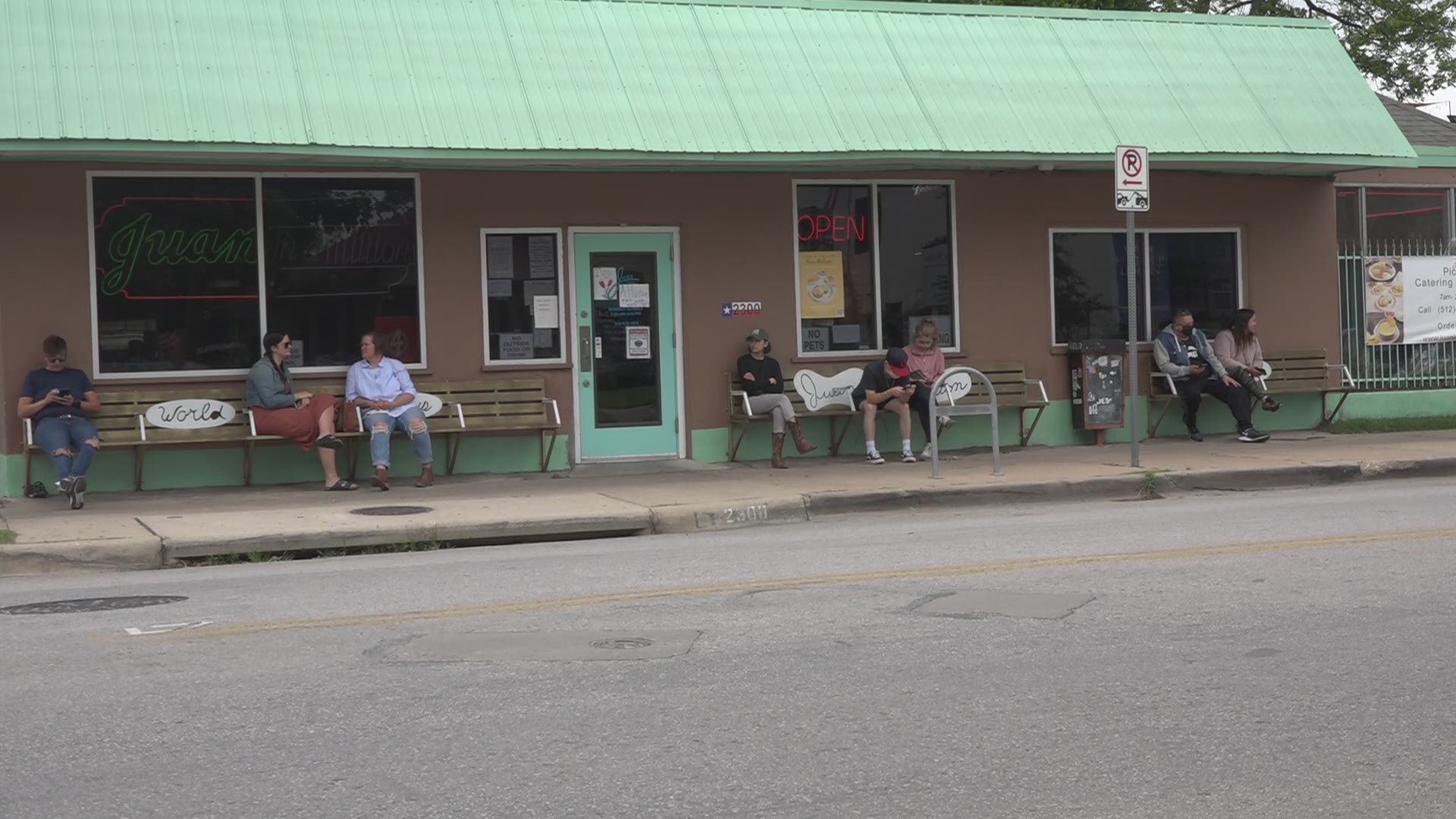 AUSTIN, Texas — The labor department said job openings in the U.S. topped 8 million for the first time, and now businesses across the country, including in Austin, are struggling to fill many of those positions.

A wait on the outside and to-go orders lined up on the inside and out back, business at Juan in a Million Tex-Mex was packed for a Thursday but it's back and better than ever.

"When the pandemic started, we didn't know where this was going to lead," explained marketing manager Christina Kim. "Are we going to survive this year?"

Now, the East Austin staple is thriving faster than expected.

According to the Texas Association of Business, there are 500,000 open positions in the state that business managers like Kim are struggling to fill to keep up with demand.

"We have posted it on Facebook, on Craigslist and all the outlets that you think you would be able to find," said Kim. "We haven't had anybody come and take it."

Kim said it has been five months since posting three positions, but they haven't received one applicant. Kim said they are hiring a waitress and two cooks. Pay is well over minimum wage for the cooks, between $12 and $17 an hour.

"We want to take care of the employees that we have, and we want them to feel that they're proud of being here, and we want to hear their input and have them be a part of the decision-making in our business," said Kim.

Big companies are feeling the employee shortage too. Chris Miller with Uber said wait times are longer for customers because of it. The rideshare company is offering incentives to hire more drivers.

"Here in Austin, for example, if you're driving at least 20 hours a week on average, you're making $30 an hour. So, this won't last forever. As more drivers come online, hopefully, wait times will go down," Miller said.

Juan In A million Tex-Mex Restaurant is packed on a Thursday! The owners said it’s a blessing but they need more employees to keep up with the demand.

This is just one of the thousands of businesses struggling to find employees, BUT WHY?!

The Texas Association of Business (TAB) surveyed 177 businesses; 48% have one to five open positions. The survey also found that most of them blame the extra $300 a week in unemployment.

"A big part of the solution, though, is stopping the $300 federal incentive that has turned into an incentive not to work," explained President and TAB Founder Glenn Hammer. "Given the hundreds of thousands of job openings in our economy, and that's just going to increase as more and more vaccines get out there and people return to normal economic life."

He added, "We've got to make sure that the policies are in place on transportation, child care, as well as unemployment benefits that encourage people to to to get back to work."

Kim said for her former employees, it's the lack of child care and living opportunities in the city that's keeping them from returning to the 40-year-old East Austin restaurant.

Either way, workers are pushing hard as more customers pour in, another sign Texas is open for business.