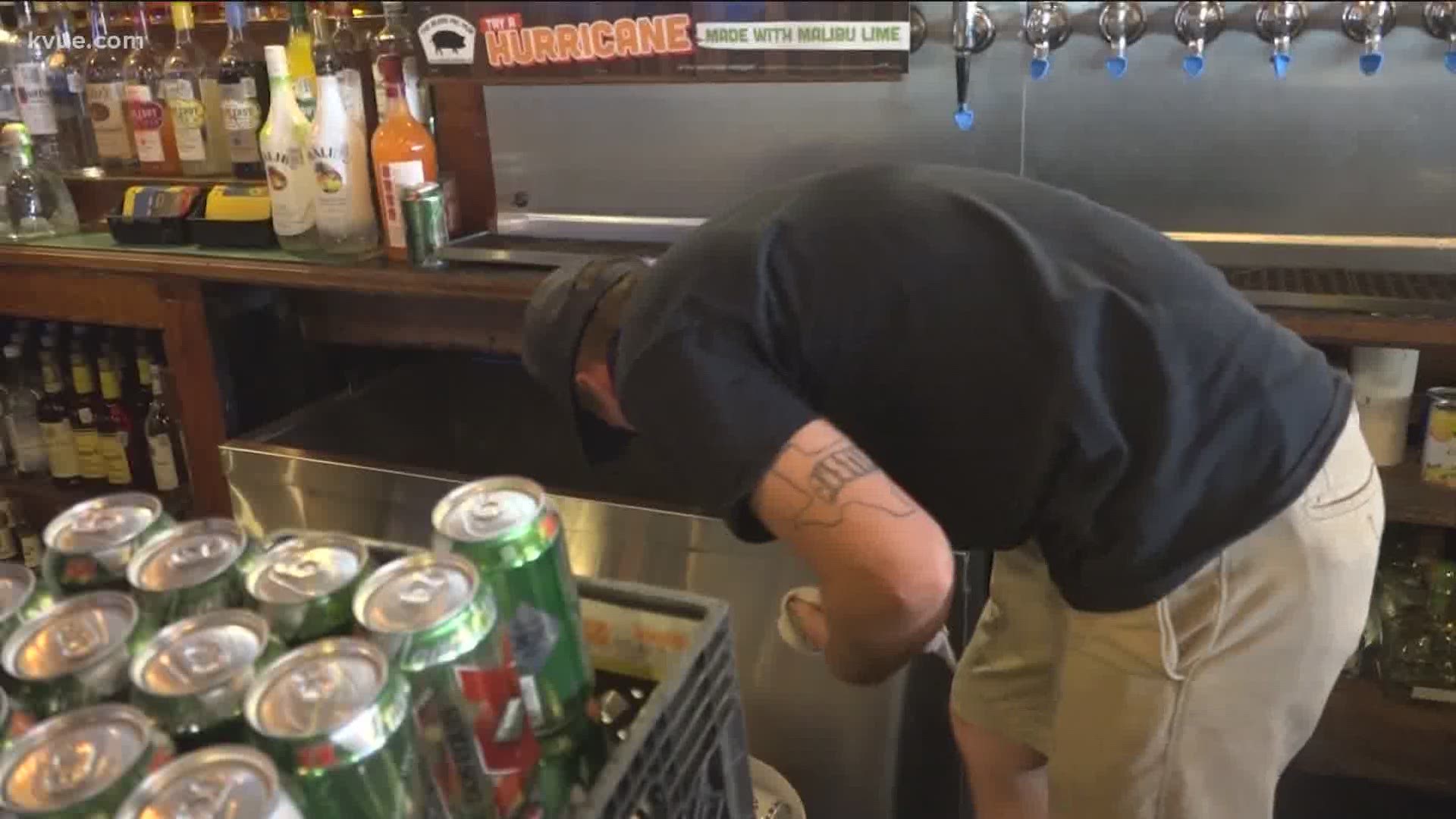 AUSTIN, Texas — Blowing off the dust and removing the boards, Downtown Austin bar owners are preparing for life to return to Sixth Street over Memorial Day weekend.

The Blind Pig Pub is one of a few spots that will officially open their doors at midnight on Thursday.

"We're going to get a drink into your hand somehow, that I'm confident of," said owner Bob Woody.

With face shields for all of his employees, caution tape on the bar counters, and white markers for where patrons stand in line, Woody said he is ready to see people inside his bar again.

"Typically we look for intoxicated people that we don't want to serve, we're also looking for folks that might be sick. If they look sick, we're not going to let them in and they shouldn't be down here anyway," said Woody

Workers at Unbarlievable are preparing for the grand opening on Friday of their second location on West Sixth. Employee Dale Lynn said both the Rainey Street and West Sixth locations will have temperature-monitoring devices at the door.

"Unbarlievable has partnered with Signjet. The main focus is to use this kiosk, it'll scan their temperature from three feet away. This will provide another level of comfort for our employees and customers," said Lynn

TABC agents will be working closely with local bar owners to make sure employees are wearing masks and gloves, and patrons aren't overcrowding.

"We let bar owners know on social media and other channels that they have that responsibility, that alcohol is served and sold responsibly, so that's one of the things we will be looking for over the weekend, and we hope bar owners know that a safe business is a profitable business," said Chris Portner, public information officer for TABC.