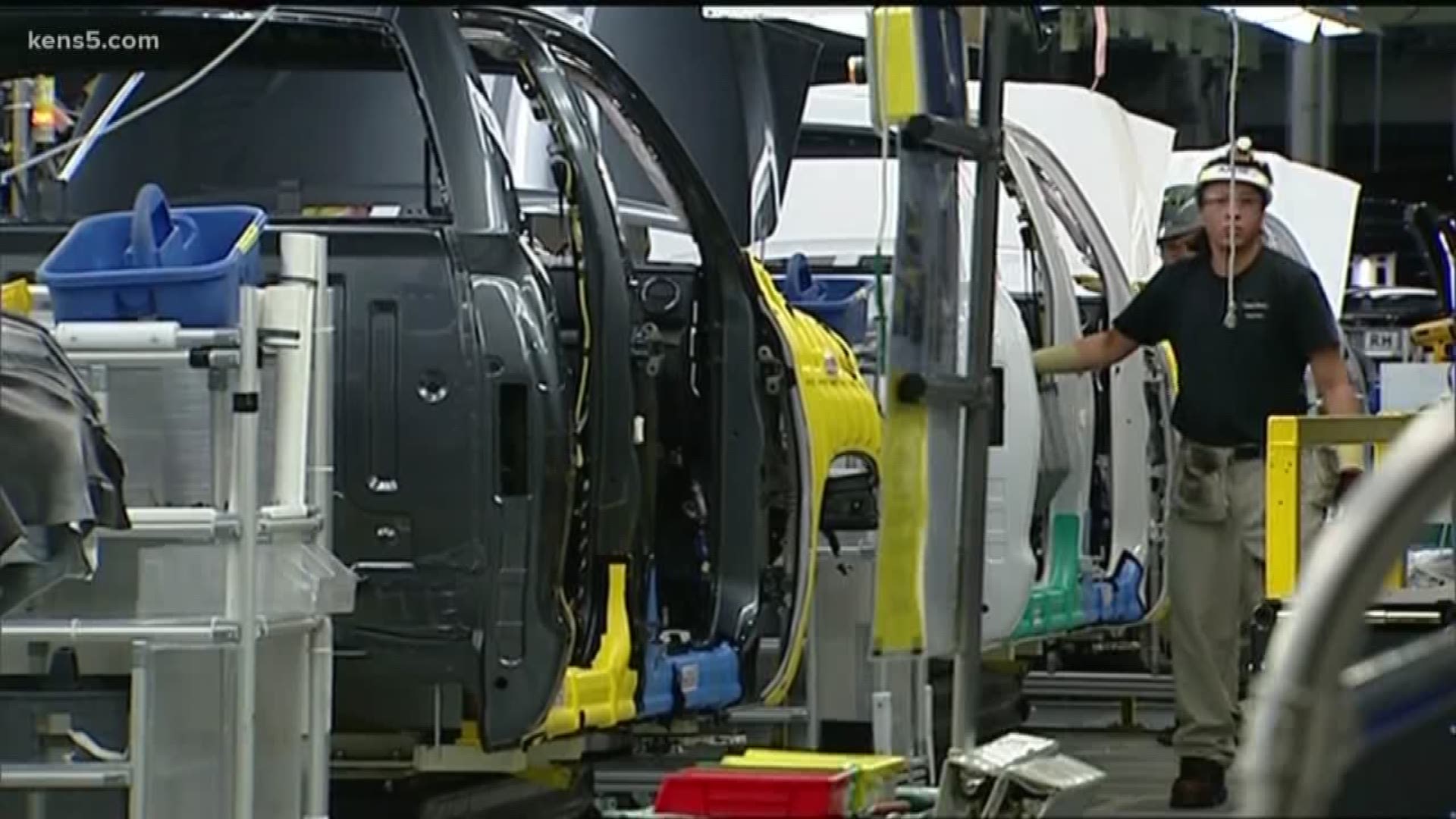 SAN ANTONIO — San Antonio City Council approved a proposal to offer an 8-year tax abatement agreement worth about $9.7 million dollars and several other measures to Toyota Motor Corporation if it chooses to invest at least $391.8 million dollars in upgrades or additions within the city, along with a $1 million contribution to educational and workforce development initiatives.

The city says Toyota has already made substantial investments in and had a significant impact on San Antonio since 2003, creating more than 2,800 jobs directly and drawing in 23 suppliers, driving a total of around 7,200 jobs at the site and producing a $50 billion overall economic impact.

Toyota Motor Company recently announced plans to announce billions in investment across the United States, and San Antonio hopes a piece of that will go to installing a high-tech line, potentially at its current plant. Toyota hasn't released specifics on what, exactly, that line would do, but the city said it would allow flexibility to "produce additional vehicle models" and would "result in the effective, long-term sustainability of the plant."

"It’s a city and relationship we value at the highest levels of our company," Voelkel said. "It’s because of that relationship with our company that we’re evaluating a substantial and comprehensive investment to refashion a state-of-the-art line and give us flexibility to move into the future. Today we’re here meeting with you and seeking your support for the potential significant project investment given our operations. We’d like your support to bring this back to San Antonio and we appreciate your continued support and partnership."

District 3 Councilwoman Rebecca Viagran said Toyota has already made a substantial impact in San Antonio, and would likely be a beneficial partner moving forward as well.

"We want to be a serious partner with Toyota Manufacturing Texas, to pitch, moving forward, that we would be a great asset to receive some of those dollars for improved investment," Councilwoman Viagran said. "These are innovative, cutting-edge technologies that they could do within our current building we already have here in San Antonio."

If Toyota were to further its investment, other suppliers could also be needed.

"Hopefully, we will have more suppliers, which will bring more jobs, but also more abilities to hire individuals with skill-sets to work in these high wage
STEM careers," Councilwoman Viagran said.

Toyota Texas Corporate Communications Manager Luisa Casso released a statement Thursday reading, "As part of our North American manufacturing strategy, we are always looking for ways to optimize our manufacturing footprint. We believe in building where we sell and continue to look for opportunities to invest in our operations to better meet customer needs. We have no details to share today beyond what has been disclosed.”

Severe Thunderstorm Watch in effect for region northwest of San Antonio, including Boerne, Junction and Fredericksburg