Trudy's Tex-Mex could be sold at auction, attorney says 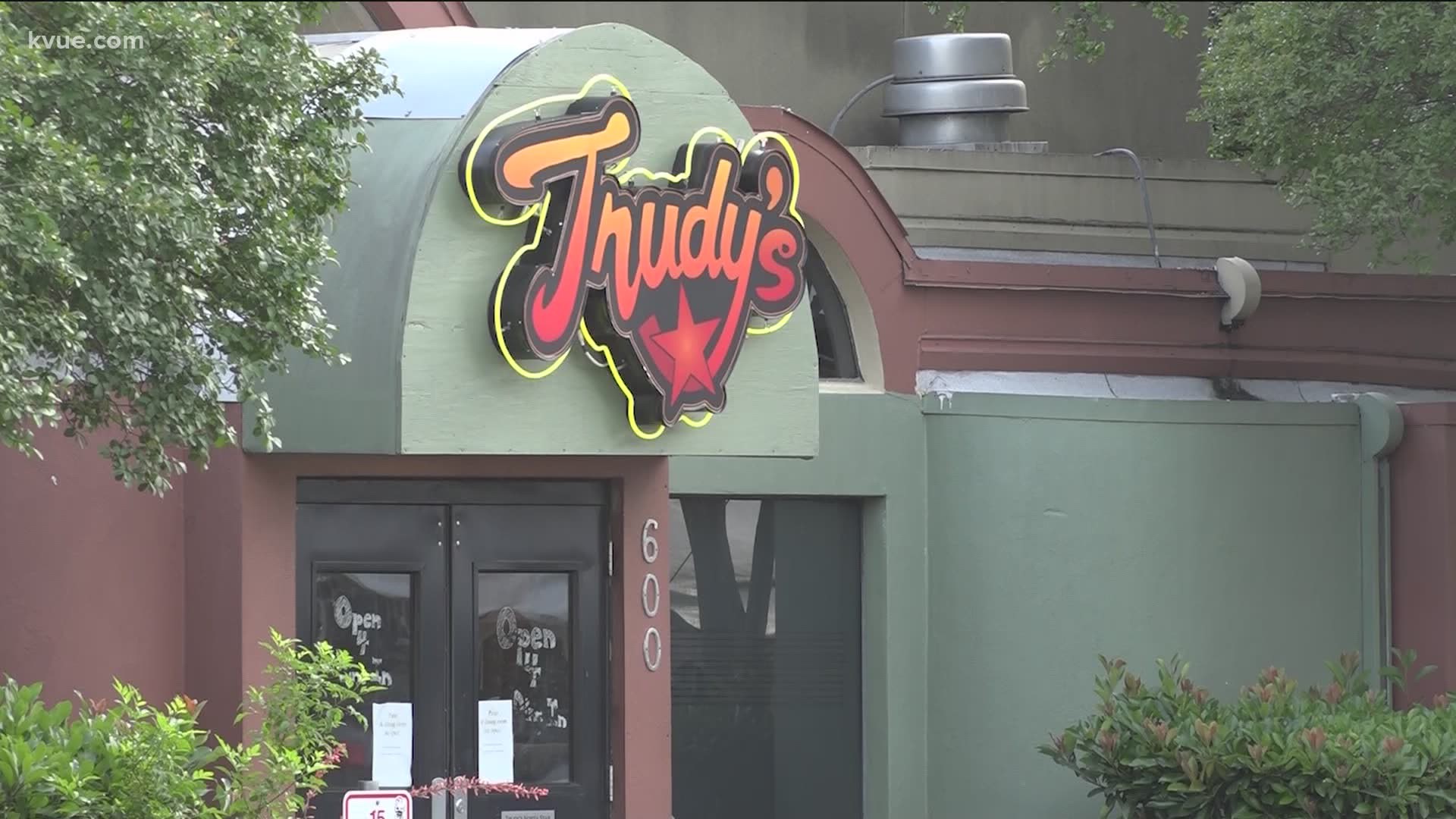 AUSTIN, Texas — After filing for bankruptcy earlier this year, the owners of Trudy's Tex-Mex are preparing to sell, according to the attorney representing the company.

Stephen Sather, an attorney that leads the Bankruptcy Practice Group at Barron & Newburger, P.C., said that Trudy's Texas Star Inc. plans to electronically file paperwork on Tuesday to set in motion an auction for the company.

"What we've been doing over the last several months, in addition to keeping the business alive during a very difficult time for restaurants, is we've been identifying potential buyers for the business," Sather told KVUE Monday. "We have decided to bring in professionals to write an auction sales process that will include the seven or eight prospects we've generated, as well as national clients, said that they have as well."

In late January, Trudy's Texas Star Inc. filed a Chapter 11 petition in the U.S. Bankruptcy Court in the Western District of Texas. The attorney representing Trudy's told KVUE that the company filed for bankruptcy in order to "preserve the brand that Austinites have come to know, to pay the employees, to pay vendors and to keep the loyalty of the customers who have sustained Trudy’s through since 1977." He said the company was about $4 million in debt, "give or take."

While Sather could not give many details on who the potential bidders are, he did add that some of them are local.

"Basically, potential bidders will have a chance to conduct due diligence on the business operations and then to submit a qualifying bid," Sather said. "And then we will take all of the qualified bidders at an auction, which may be done by Zoom."

Sather also said that when the auction is concluded, the results will be taken to the bankruptcy court and say, "This is the party we have decided to sell to bring the best return for the bankruptcy estate and its creditors." As of now, there is up to $12 million owed to creditors.

In late February, a judge approved an emergency order for a more than $300,000 loan so Trudy's Texas Star Inc. could pay back its over 200 employees.

"We were able to get a post-petition financing from a group that offered to provide some management assistance that allowed us to pay all of the employees their back wages," Sather said. "Then, unfortunately, when coronavirus hit, the restaurants were shut down, most of the employees were furloughed."

Sather told KVUE that it's possible the bidders are interested in keeping the Austin staple intact after the sale.

"And so, I would expect that it would probably still be Trudy’s because that's really where a lot of the value, this new thing, a lot of the, I mean, I guess with the prospects being local and everything, I'm sure they've probably reached out," Sather said. "If it fits with their expansion plans, you know, then they look to see if they can make an acquisition. And the one thing that I think makes Trudy’s particularly attractive, in addition to the longevity, is the fact that we've lost a lot of iconic Austin restaurants during this COVID 19 crisis. And now Trudy’s is poised to make it out to the other side. It's still standing."