Caroline Wiley said some of her profits will go to charities and some will go to her college fund. 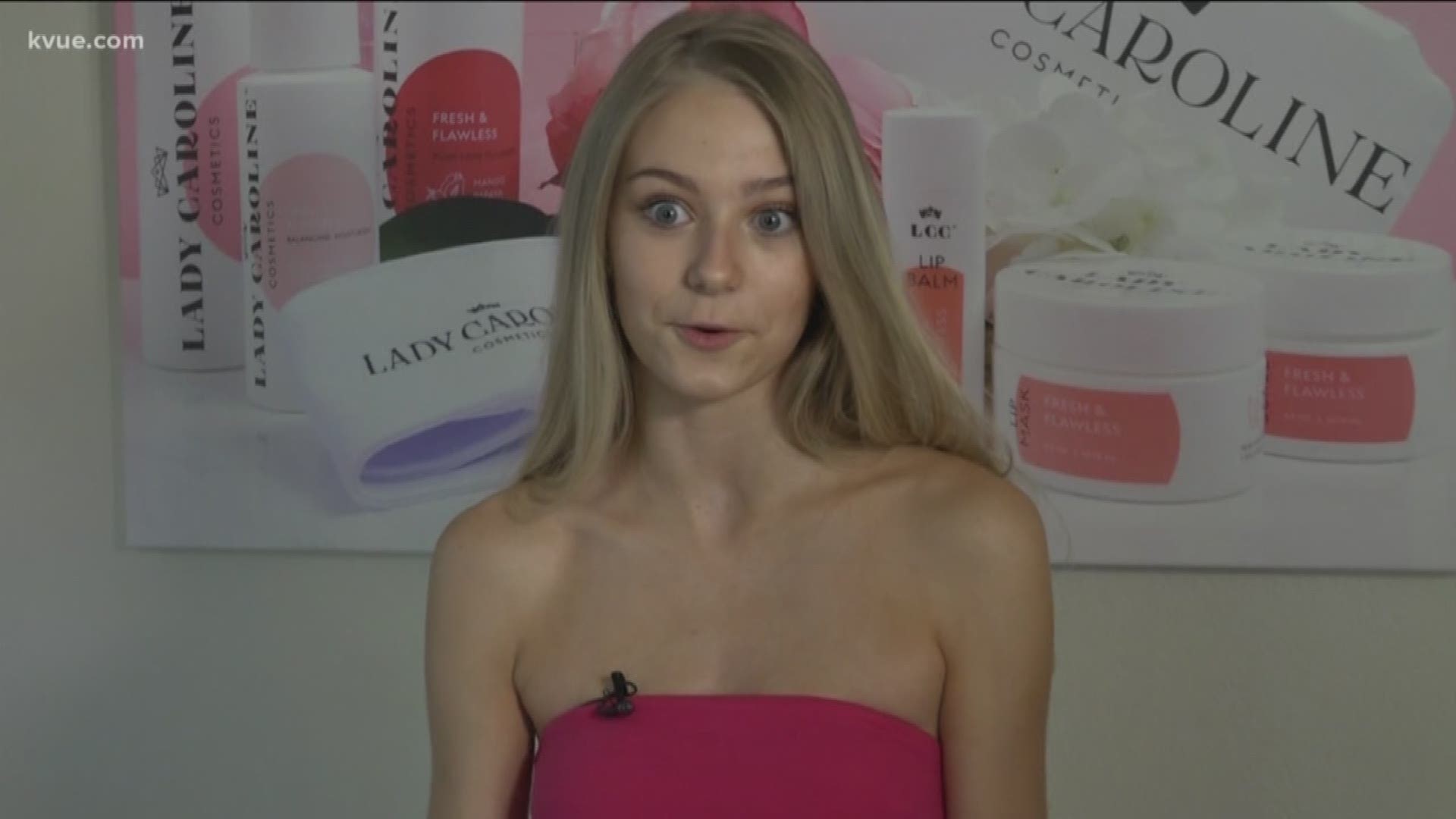 AUSTIN, Texas — Caroline Wiley, 14, is celebrating the launch of her cosmetics line, Lady Caroline Cosmetics. She said she made her first lash serum when she was just 11 years old.

"I always like doing DIY stuff and creating things," Wiley said. "I pitched the idea to my parents about making an all-natural skincare company that’s good for your skin. So, they took me to a lab and showed me.”

She said it took her two years to finish the cosmetics line, which consists of a cleanser, toner, moisturizer, eyelash serum, lip kit and bath bombs. Her company officially opened for business on Saturday.

Wiley said 40% of her profits will go to charity and a percentage will go to her college fund.

RELATED: Teen donates more than 600 Barbies with prosthetics like hers to hospital

RELATED: When her hijab slipped off mid-soccer game, competitors formed a tight circle for privacy

"We have a bunch of different charities we are working with," Wiley said. "National Suicide Prevention, which is very close to my heart; Feed My Starving Children; and [the] Tim Tebow Foundation, which puts on an event every year at my church."

Lady Caroline Cosmetics also offers customers a "charity in need" option, where a portion of their purchase will go to "the charity that is currently in the most need of funding."

"When she was younger, she would have a little food drive and take it over to Lakeway and things like that," her dad, Brian Wiley, said. "I think this gives her the ability to do it on a bigger scale.”

Wiley said the products are 100% organic and hypoallergenic.

So, how did she have time to create an entire cosmetic line? She's homeschooled, but even with that, she said it was still challenging.

"We had to meet with a chemist," Wiley said. "It was a lot of stuff that failed the test, and we had to redo those and create new stuff and just keep going.”

The full line is now available for purchase on the Lady Caroline Cosmetics website.