The group gets its data from Economic Modeling Specialists International and says the industry is predicting a shortage of more than 375,000 welders by 2023. 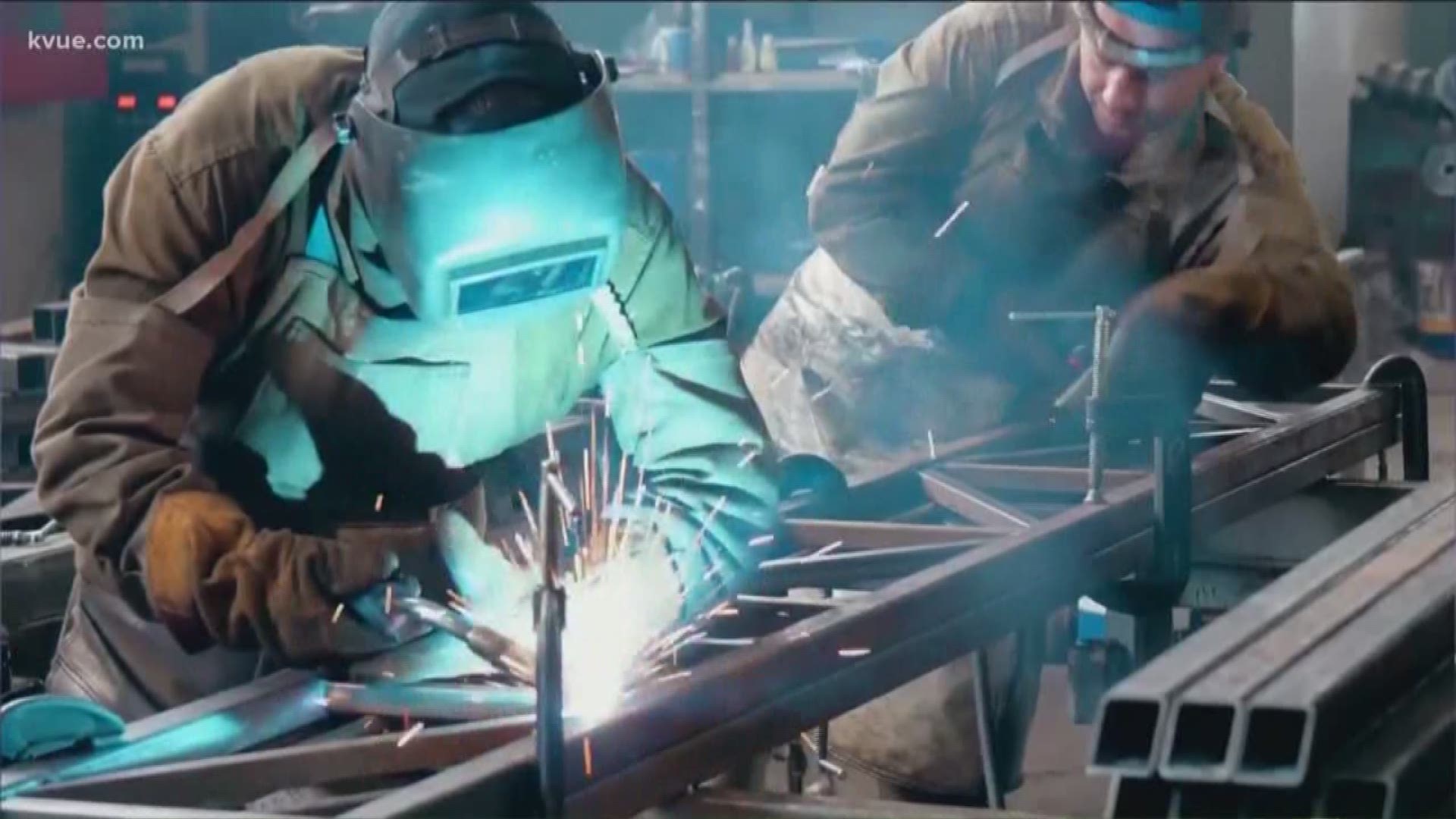 ROUND ROCK, Texas — The American Welding Society says the United States may see a big time shortage in welders in a few years.

The group, which said it gets some of its data from Economic Modeling Specialists International (EMSI), said the industry is predicting a shortage of over 375,000 skilled welding professionals by 2023.

At Austin Community College in Round Rock, the department chair of the Welding Technology Program said they've actually seen an increase in the amount of students coming through their program.

“There’s been a lot of advertisement lately for – because of the shortage of welders and I think people are starting to realize that this is a nice career," Troy DeFrates said. "They can get a job in welding and work anywhere in the world or country.”

DeFrates said one of the possible causes of the predicted shortage is because there are a lot of older welders out there.

“We have welders that are retiring, reaching retirement age and so there tends to be – seems to be a shortage of welders because of that," DeFrates said. "I think we’re trying hard to meet the demand, but I think right now the demand is still outweighing the number that we can put out.”

He also said the demand in manufacturing and construction across America – including Austin – is playing a role.

And welding isn't the only trade seeing a shortage: 48,000 more electricians, 49,000 HVAC technicians and 75,000 more plumbers will be needed over the next five years.

DeFrates said that he's still confident in the welding industry's future and getting the word out about the demand is helping.

He also said he believes welding is a career that's a good alternative for those who are not sure about attending a four-year university. KVUE found that, according to LifeHacker, a four-year degree costs $127,000 on average, while the cost of a two-year trade school certification is around $33,000 on average.