After Yoga Yoga closes its locations, some teachers claim they still haven't been paid

Some people who worked with Yoga Yoga are considering taking legal action to get their money, according to an Austin attorney. It's not clear yet if they will. 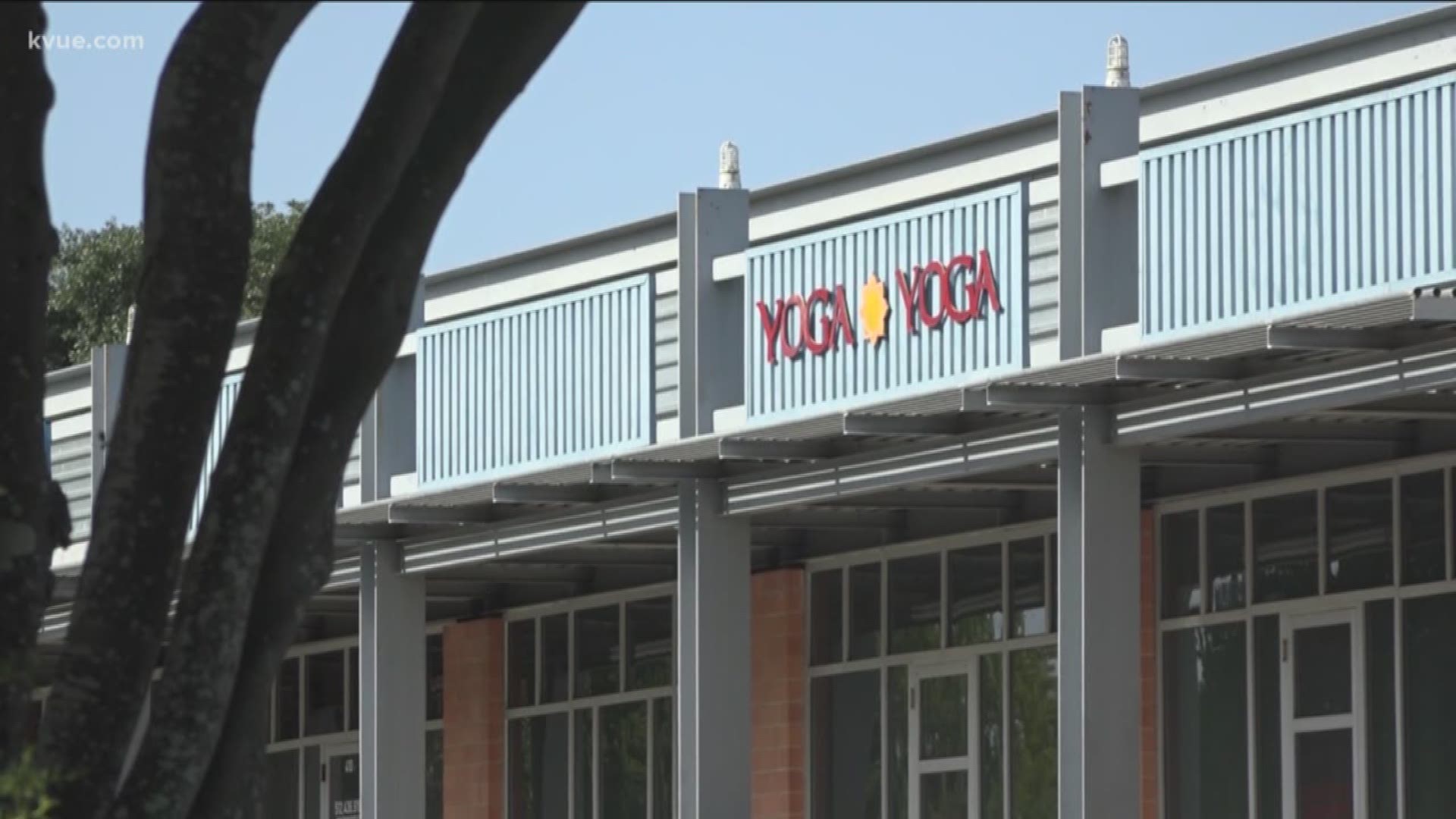 On Tuesday, the company's owner, Rich Goldstein, sent an email to customers saying that Yoga Yoga can no longer continue operations.

A notice has also been posted on the company's website.

Goldstein said a neighboring studio, Flow Yoga, will open at the Yoga Yoga locations at 2167 West Anderson Lane and 4477 South Lamar Boulevard. Flow Yoga is also extending offers to former Yoga Yoga staff and instructors and is offering a promotion for former members of Yoga Yoga.

Yoga Yoga opened in Austin 22 years ago. Goldstein said it was one of the first yoga studios in the state.

Austin goat yoga studio takes a dip on 'Shark Tank,' but did they bite?

"Our community has taught over 100,000 classes to hundreds of thousands of students, trained several thousand yoga teachers and hosted some of the most respected national and international yoga teachers and related wellness professionals," Goldstein said. "We believe that our teachers have contributed to the lives of countless individuals and, in a small way, to the entire Austin community, its energy, its heart, its kindness."

Austin attorney Jim Freeman, who is a former Yoga Yoga client, and founder of the yoga non-profit, Conviction Yoga, told KVUE that employees claim they had not been paid in recent weeks. Some claim they haven't been paid since June.

“Some of these people that are out four or five thousand dollars – that’s a really big hit for these yoga teachers," said Freeman.

He said 25 people who have had involvement with Yoga Yoga have reached out to him. It's not clear how many of those people will actually take legal action to get their money.

Freeman said several of those people who reached out to him signed up for teacher training at Yoga Yoga.

"That's like a 2,500-, 3,000-dollar tuition payment that they made – and some of them paid it all the way in full – and from what they're being told, they're not going to get reimbursed and the teacher training's not going to happen," said Freeman.

Donna Farhi, an international yoga teacher who lives in New Zealand but travels to Austin sometimes to teach sessions, told KVUE she has not been paid for her last appearance in July.

“It leaves a very sour taste in my mouth," said Farhi.

She said she knew just days in advance of her appearance that she would not be paid, but taught anyways.

“I did not want those people to be burned," said Farhi. "Literally, there would have been people who arrived at the doors at Yoga Yoga on Friday night who had traveled long distance."

She said there were other teachers who were continuing to support Yoga Yoga even when they claim they had no guarantee that they were going to be paid.

“I don’t think there’s too many businesses out there where employees would continue to show up," said Farhi. "My concern was for the local teachers because many of those teachers were just a few pay checks from not being able to put food on the table and not being able to pay their rent."

She also said Yoga Yoga was a huge part of the community.

“Yoga Yoga has done an amazing job in serving the community over the years and so there’s that question of how that is going to continue to happen for people who have relied on its service," said Farhi. "I think that the community is resilient and already there’s been quite a movement of teachers to start teaching at other centers."

KVUE reached out to Goldstein for comment but he did not respond as of Sunday evening.

The Texas Workforce Commission has told KVUE in the past that it encourages any Texas worker who feels they have not been paid for working to contact the organization and file a wage claim. For instructions on how to do that, click here.

In this how-to page by the Texas Workforce Commission, it explains the reasons why a wage claim could be delayed.

Our partners at the Austin American-Statesman reported that Yoga Yoga used to have four studios in Austin, but they closed their locations at 12002 Burnet Road and 2501 South Capital of Texas Highway. According to the Statesman, before the Yoga Yoga website shut down, it stated that the company's Westgate location at South Lamar was one of the largest yoga centers in the country, with more than 6,000 square feet of classroom space.

WATCH: The Little Yoga House offers classes that are fun for the whole family